Our Family Fun Day Out

We’re ending the regular season with a Saturday afternoon family fun day out!

Next Saturday April 15 your Sky Blues host the Newcastle Jets with kick off 5:35pm. We’re offering $50 family tickets, which means you can bring the whole family along to watch your Sky Blues presented with the Premiers Plate after the match.

Pre-match there’s plenty to get excited about as well as we host a range of kids activities outside the stadium and on the pitch we have fun with our annual toddler and mascot races.

You’ll also be able to join in on a range of football skilled drills in the forecourt: snookerfeet, footdart and small sided games. Plus, you’ll get your Sky Blue on via our facepainters who will paints faces and stick on temporary tattoos. Take in a game of Snooker Feet in the precinct pre-match too, and test your skills in this fun football game.

In the stadium, we’ll have a jam packed pre-match show including the final of our annual toddler race, Member’s Lucky Row, the ITP Fan Scan and the players kids walking out as Junior Mascots with their fathers for the last match of the year! 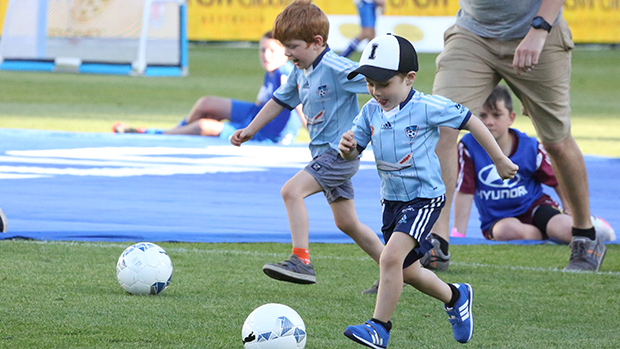 Half time will see the last edition of the Webjet challenge for the season, plus the annual Mascot Race, featuring 6 excited mascots who race it over 100m.

Following the 90 minutes of action and our final round victory over the Jets, your Sky Blues will be presented with their major trophy, and the club’s first trophy in 7 years, the 2016/17 Hyundai A-League Premiers Plate.

After a record breaking season, eclipsing Australian football records that have stood for 40 years, your Sky Blues cruised to the league title with daylight between first and second place.

Keep your seat in the stands and watch your team hold the Premiers Plate aloft and join in the post match celebrations in a fantastic afternoon to round out the regular season. 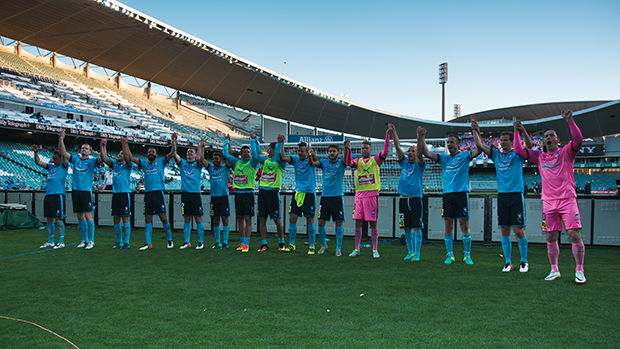