Today we highlight our top 10 Westfield W-League stars to have graced Allianz Stadium.

We looked at our top Hyundai A-League players last week, so today we highlight our top 10 Westfield W-League stars to have graced Allianz Stadium.

From our long serving stars to national team stalwarts, and with plenty to choose from, here’s our top 10 in no particular order… 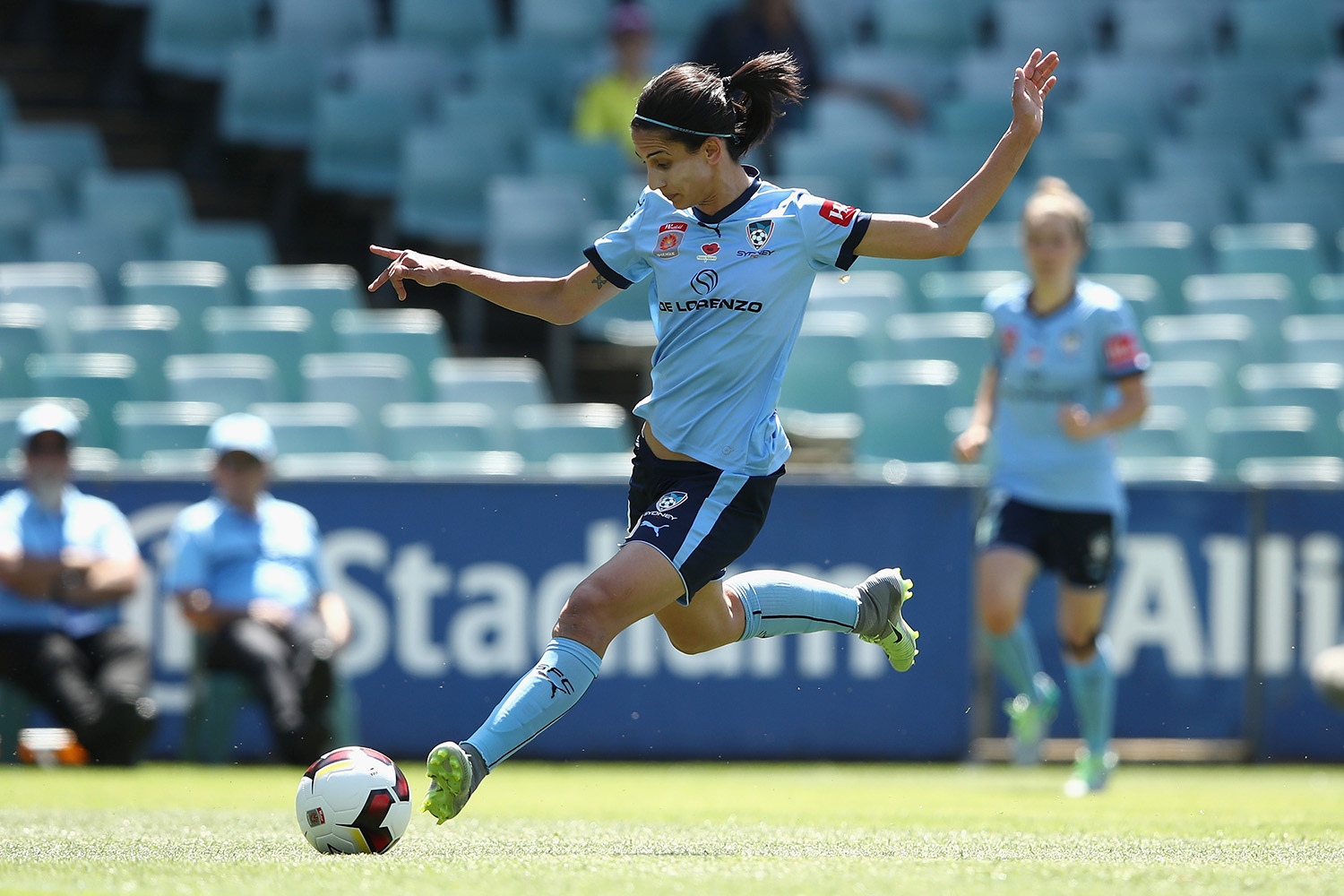 Sydney FC’s highest all-time W-League appearance maker, with over 100 appearances for the club, Polias has been a mainstay of the Sky Blues’ side since 2010 and was voted the club’s W-League Player of the Year in season 2011/12. The current captain of the squad has claimed a Premiership and Championship during her time as a Sky Blue, and scored her first ever goal for the club at Allianz Stadium in season 2017/18. 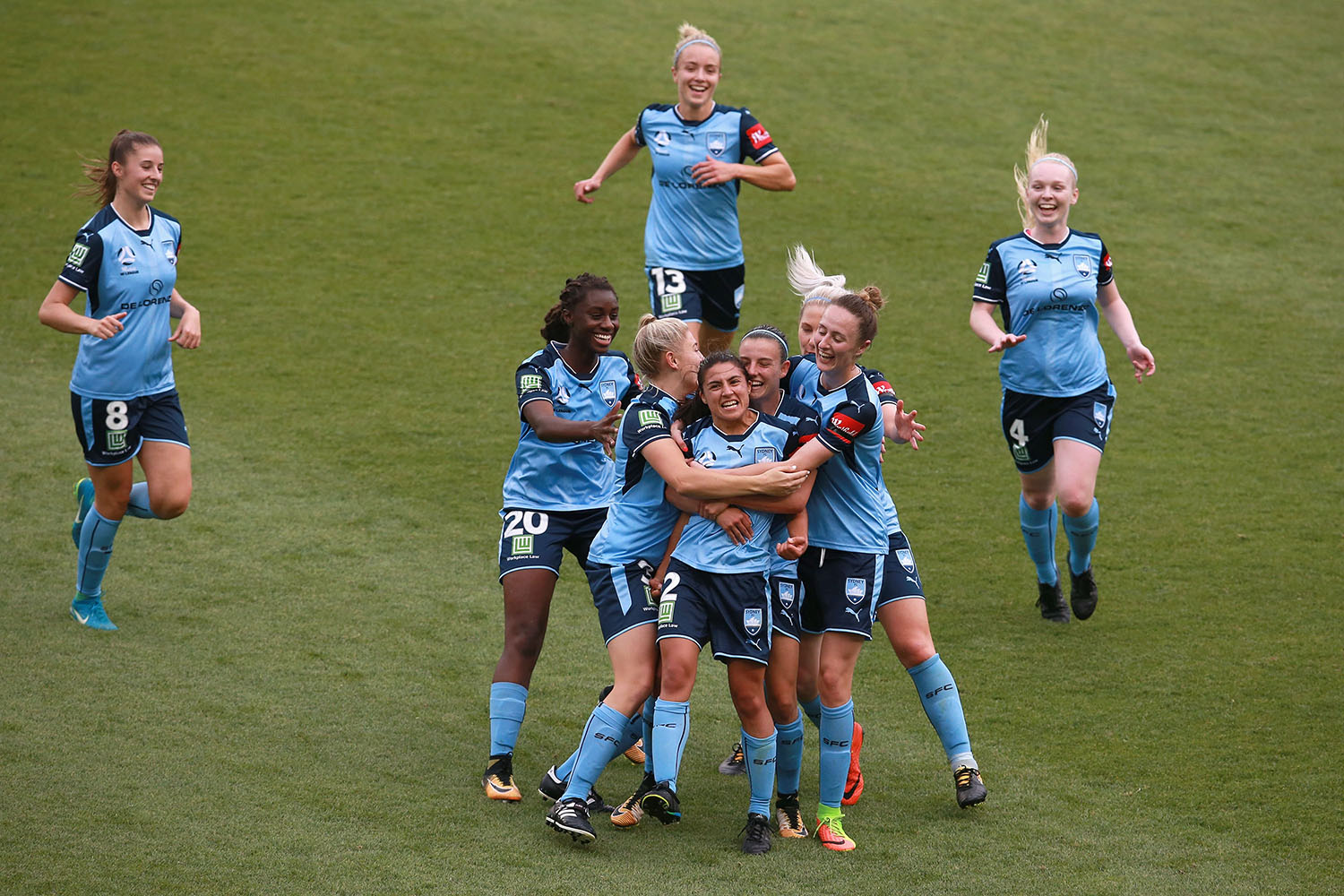 The Westfield Matildas legend was the spearhead of the Sky Blues first Premiership and Championship winning Westfield W-League side in 2009. Walsh memorably scored the second goal in the 2009 Grand Final that sent the Sky Blues on their way to a title triumph over Brisbane Roar at Toyota Stadium. 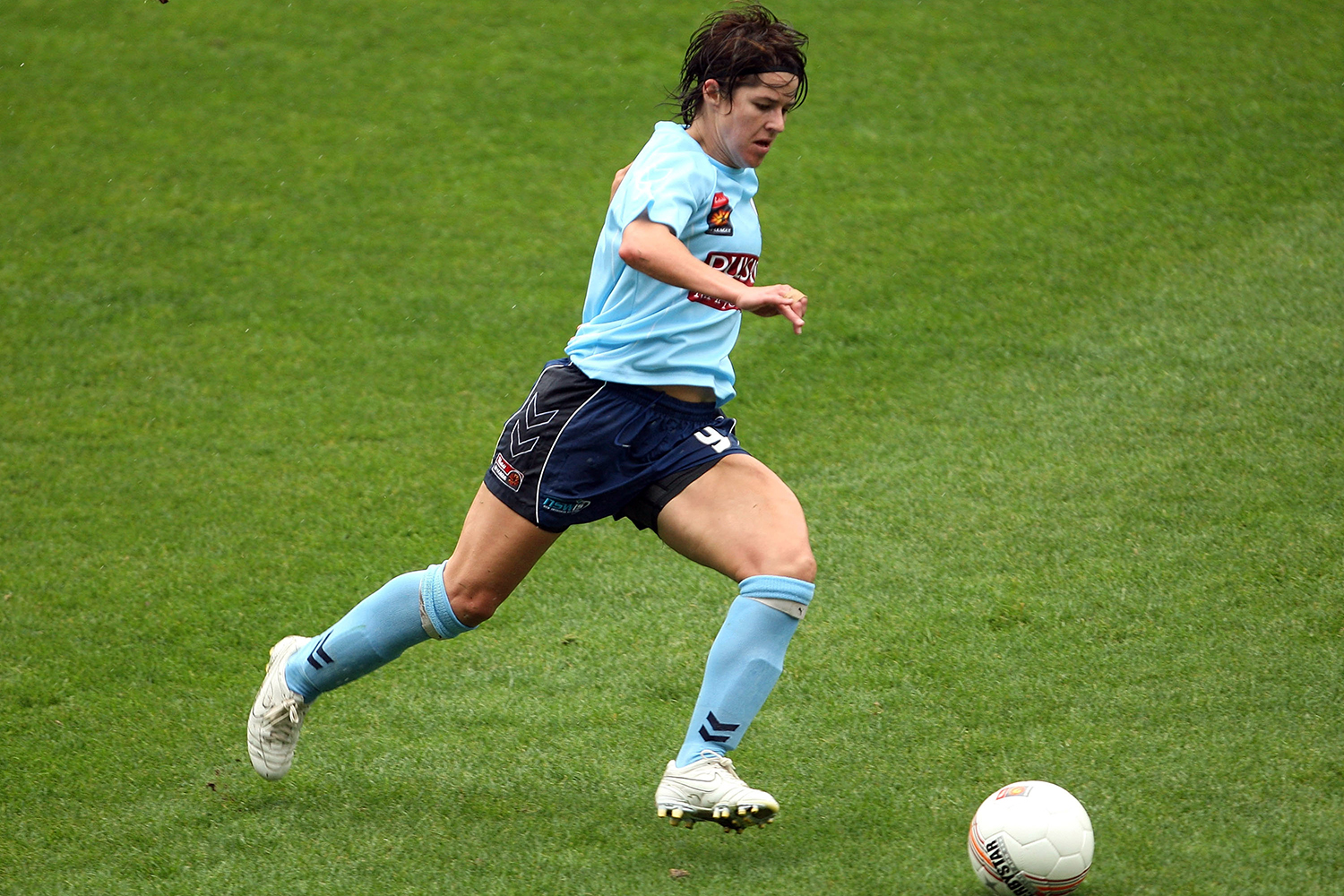 A member of the Sky Blues inaugural Premiership and Championship winning squad in 2009, Heather Garriock was another Westfield Matilda to star in Sky Blue. Captain of the Sky Blues during their title success, Garriock enjoyed three stints at Sydney FC in between playing for Chicago Red Stars and Malmo. 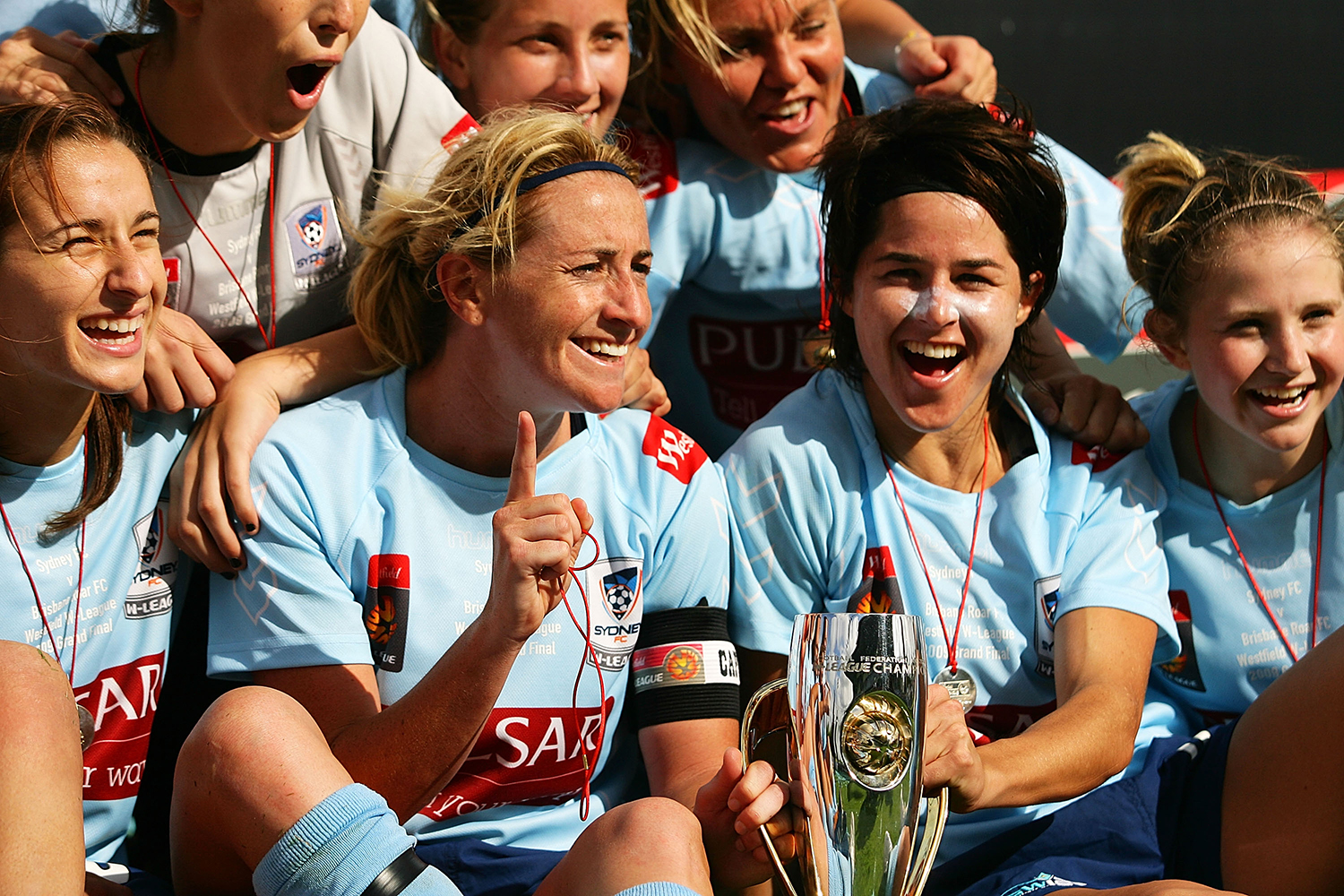 A force in midfield for the Sky Blues, Ledbrook claimed the 2009 Premiership and Championship, and the 2010/11 Premiership, before having break from the game after giving birth. Ledbrook returned to the Sky Blues and the W-League in season 2017/18, and claimed the club’s W-League Golden Boot award as she proved an integral member of the squad on their run to the 2018 W-League Grand Final. 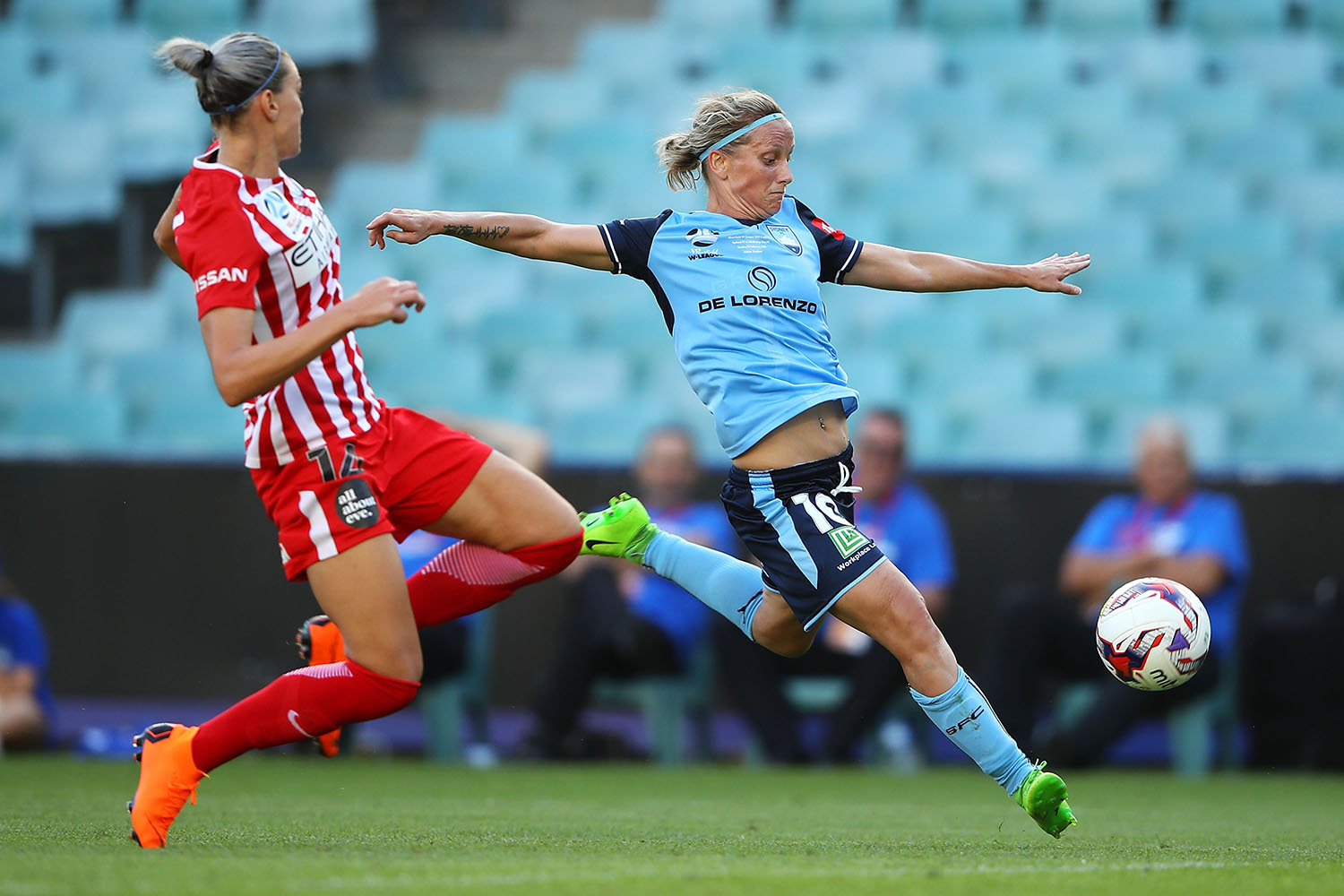 One of the world’s top female players currently, the then teenage Sam Kerr enjoyed a prosperous two years at Sydney FC between 2012 and 2014. Voted FMA Player of the Year for season 2012/13, Kerr is most fondly remembered for her goal and subsequent celebration in our Grand Final win over Melbourne Victory in 2013. 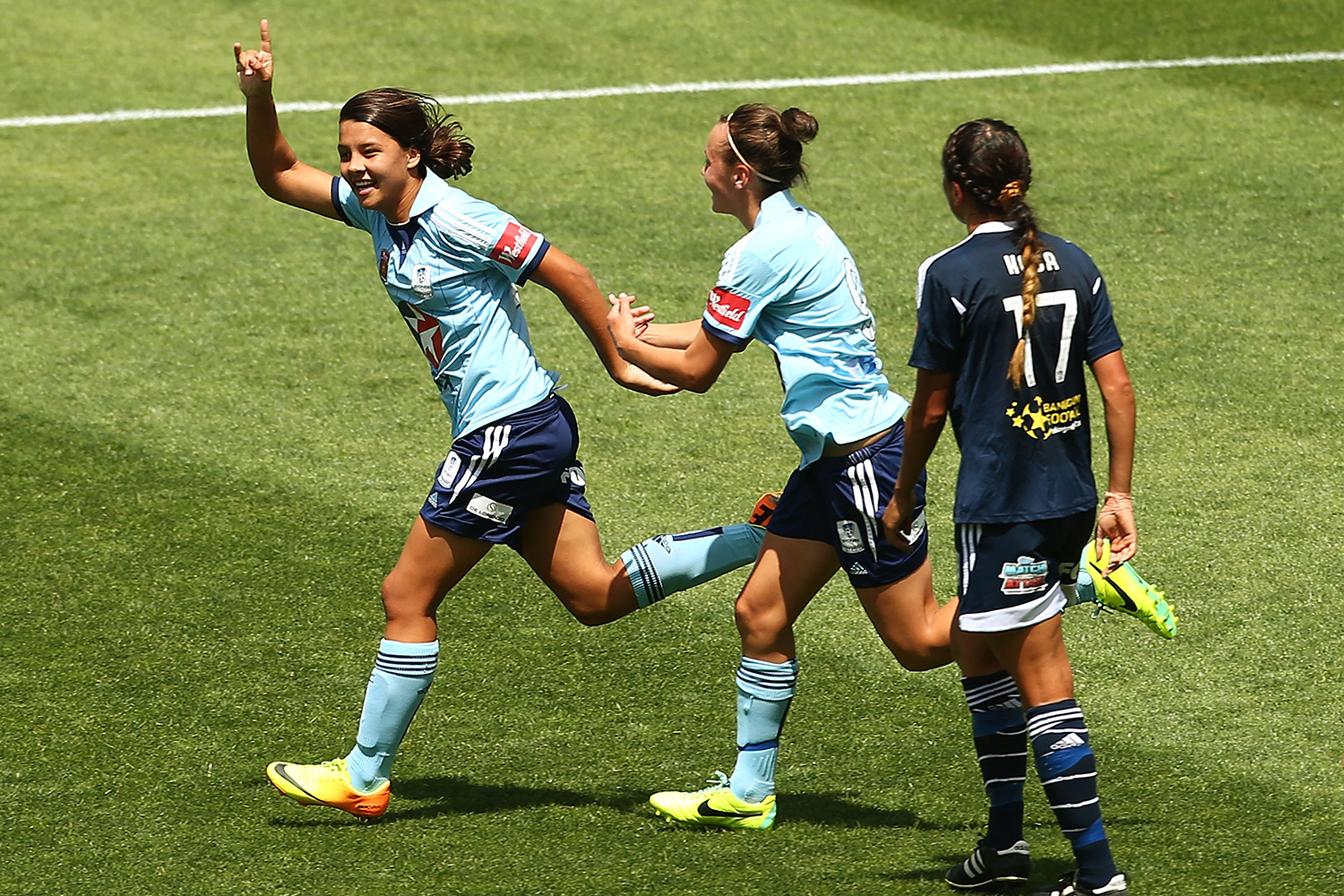 Voted Asian Women’s Footballer of the Year in 2016, Foord claimed a W-League Premiership with the Sky Blues in season 2010/11 and the W-League Championship in season 2012/13. The 23 year old star was crowned FIFA Women’s World Cup Best Young Player and Asian Women’s Young Footballer of the Year in 2011 and in recent times has been one of Sydney FC’s most influential players. 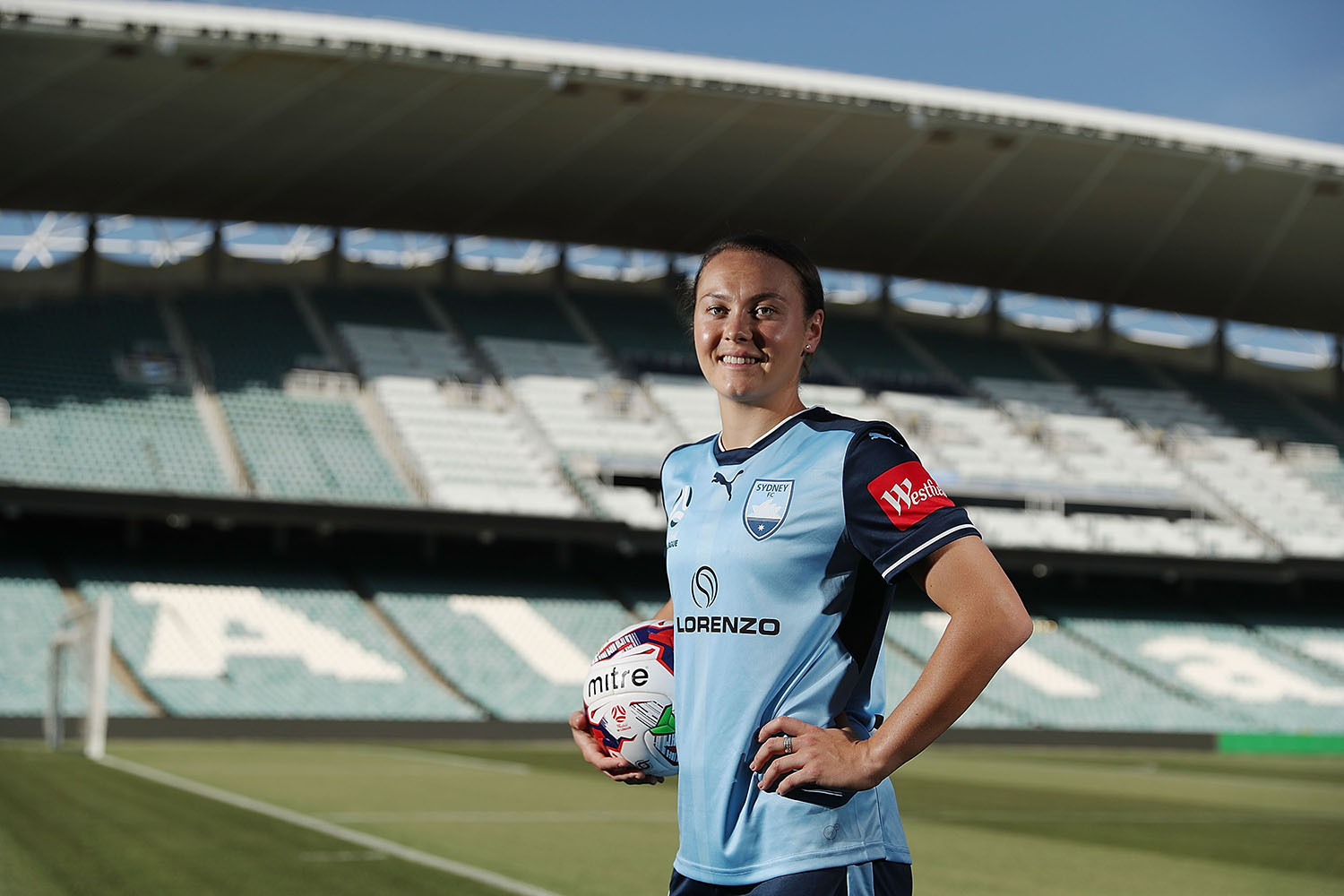 Voted Sydney FC W-League Player of the Year in season 2015/16, Kennedy proved a rock at the back for the Sky Blues during her four seasons spent at the club. Kennedy claimed the Premiership in 2010/11 and the Championship in 2012/13 while gaining notoriety for her accuracy from free kicks. 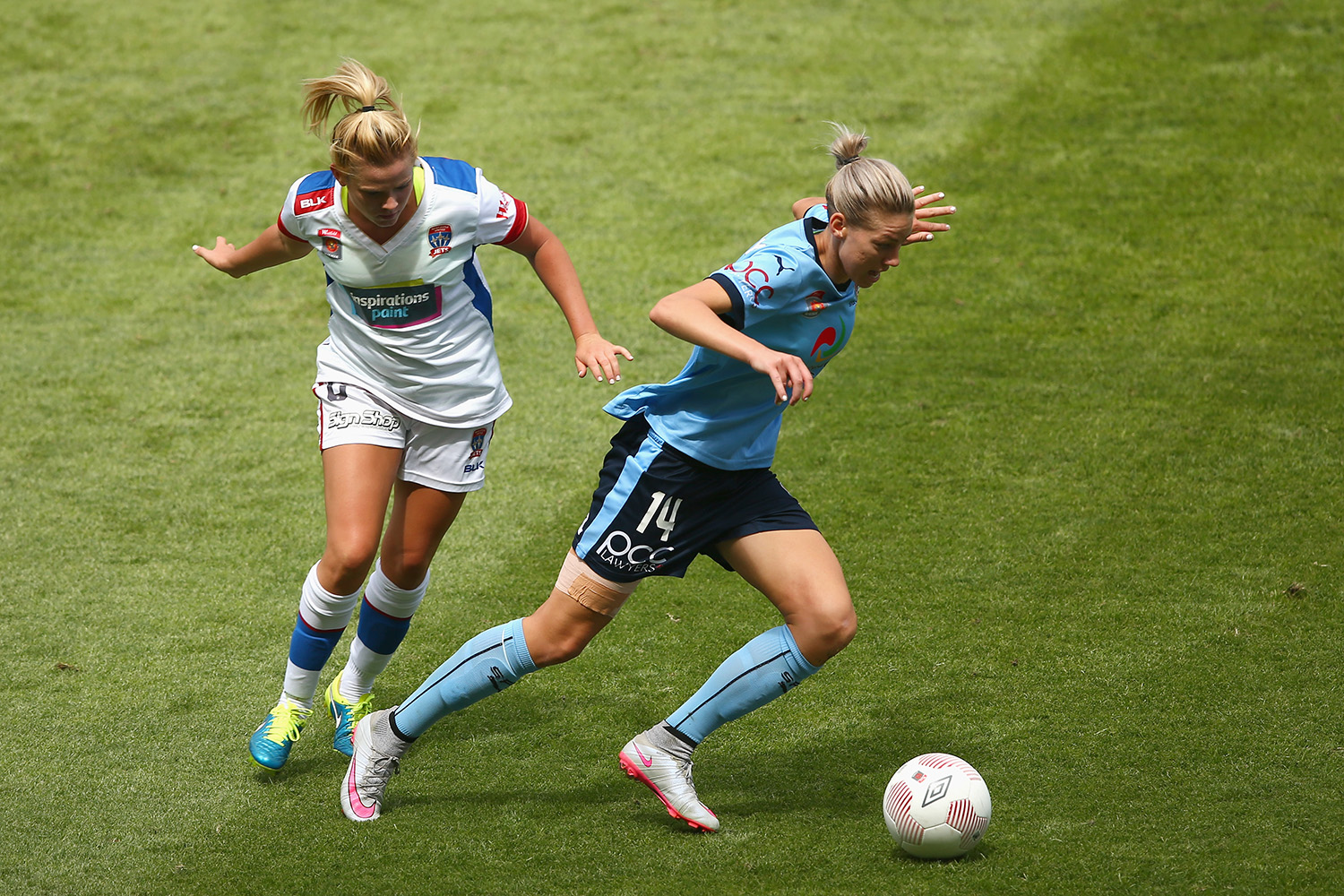 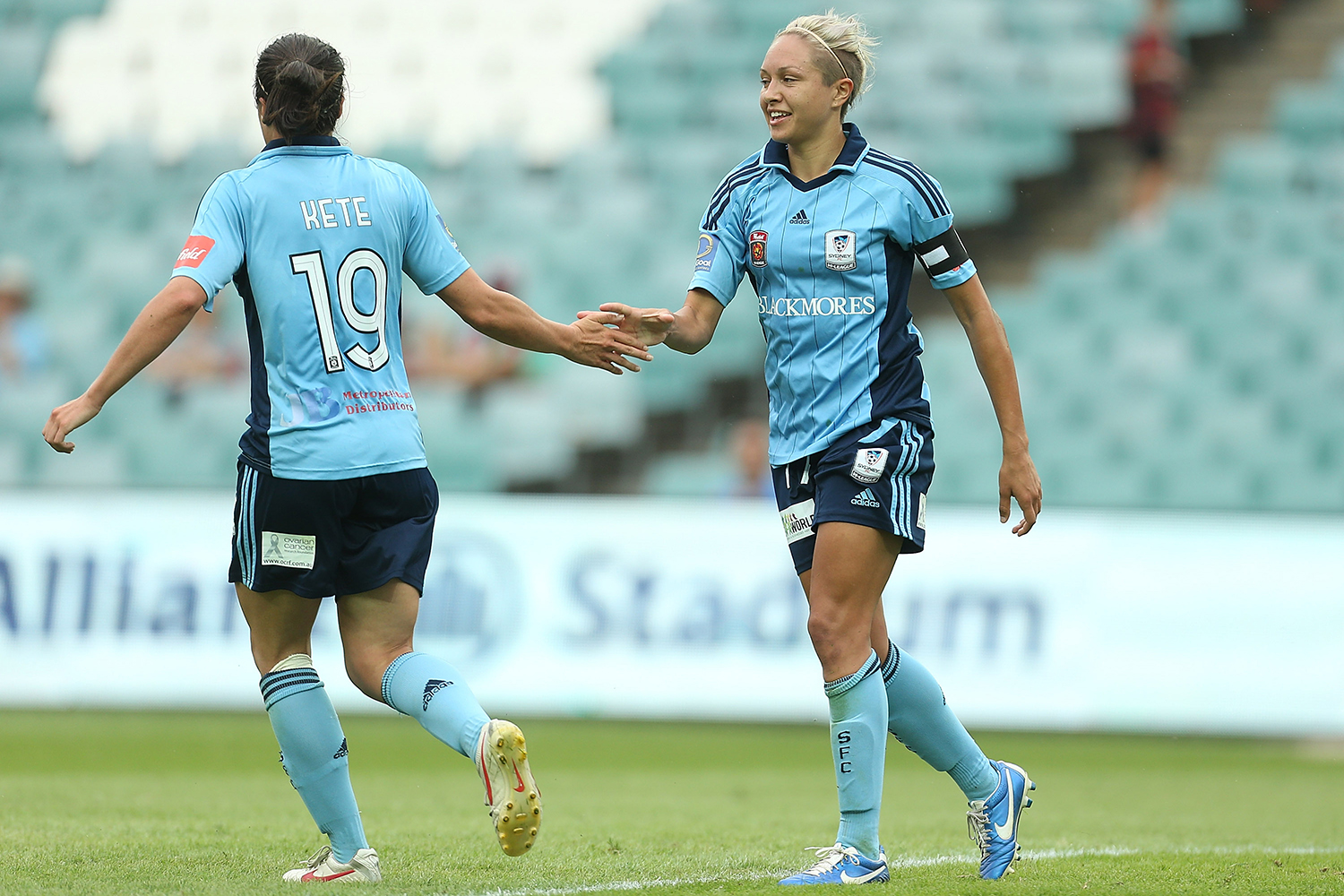 The Westfield Matildas leading goalscorer, and second most capped player, joined the Sky Blues in season 2017/18 and proved an instant hit. Leading from the front and scoring a number of vital goals, De Vanna was crowned the club’s W-League Golden Boot for season 2017/18 and won the Westfield W-League 2017/18 Goal of the Season for her curling effort against Canberra United at Allianz Stadium in Round 8. 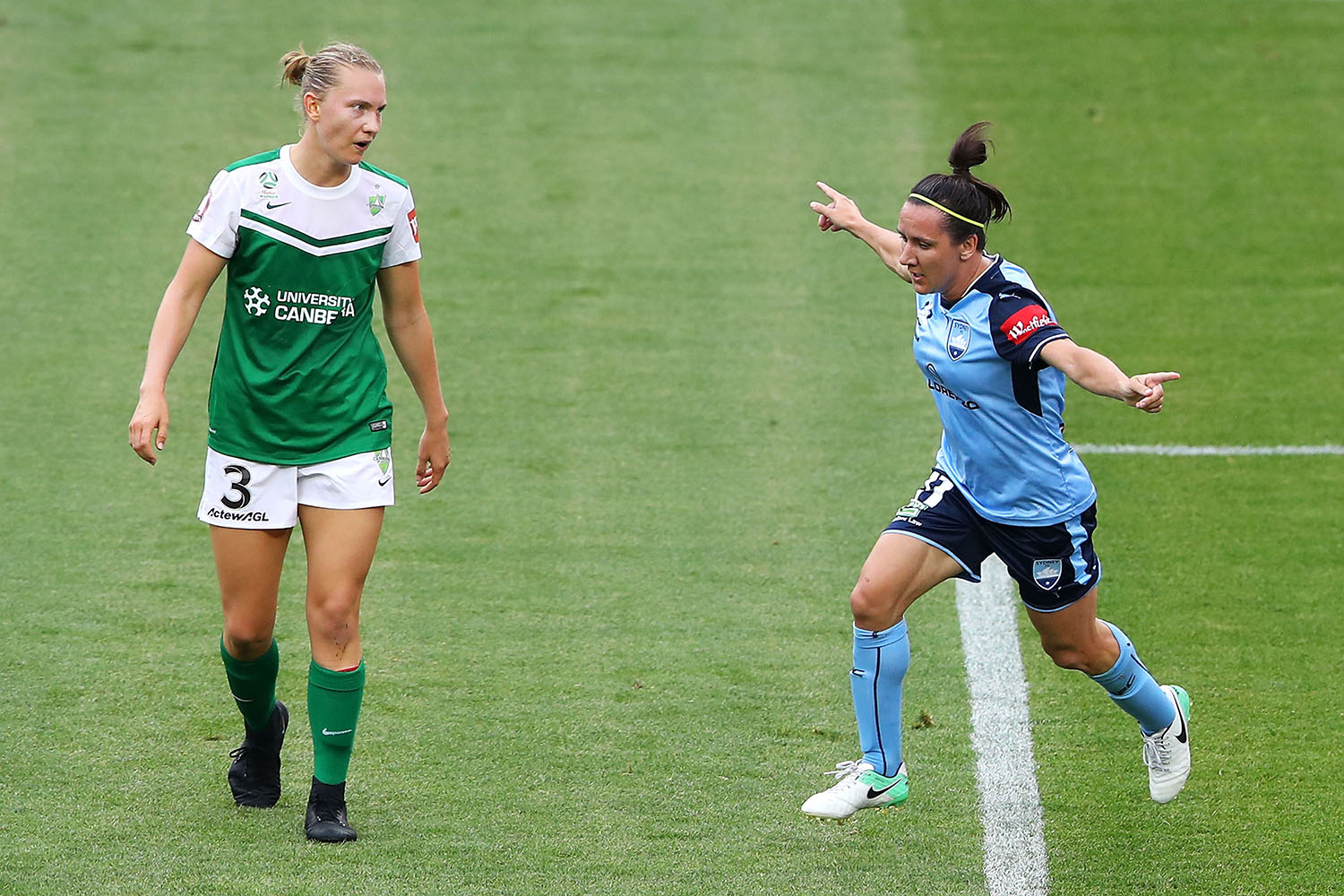