Today we look at goal celebrations as we select our top 10 iconic, well-rehearsed and stand out moves following the Sky Blues hitting the back of the net.

From shakkas, to flexed muscles and bowling, check out our favourites below…

Perhaps one of the most iconic Sky Blues’ goal celebrations, Adrian Mierzejewski’s flexed muscles have become a feature of the league, with the 2017/18 Johnny Warren Medalist flexing on multiple occasions on the Sky Blues’ road to back to back Premierships. 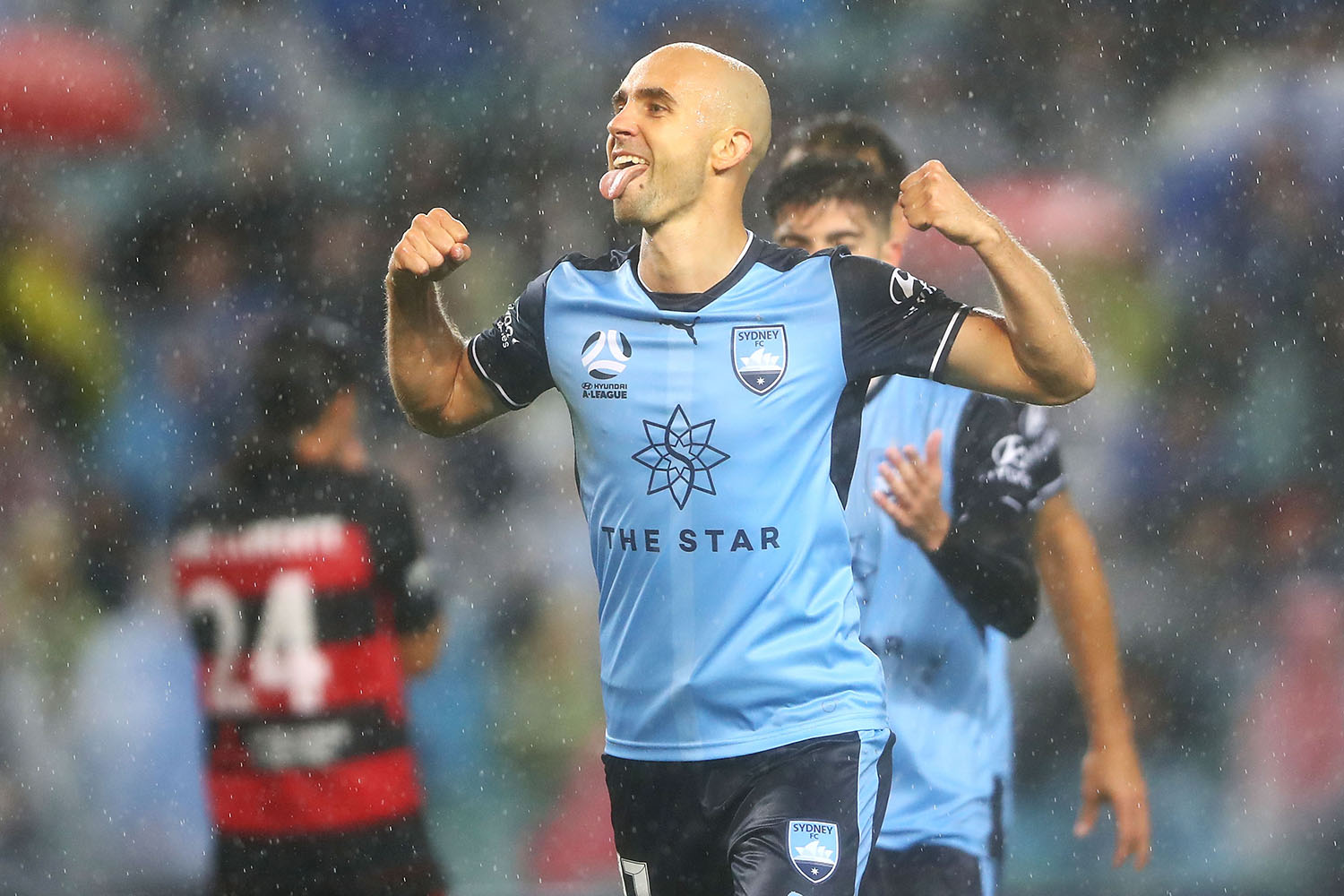 Equalling the then record for most goals scored by a Sky Blue player in a season, Marc Janko marked his 15th goal with a neat bowling celebration that had The Cove from on their feet to off their feet, ending the celebration with a kiss to the crowd.

The Italian maestro’s signature celebration, arms stretched wide and tongue poking out, Del Piero’s celebration dominated the highlights throughout 2012/13 and 2013/14. 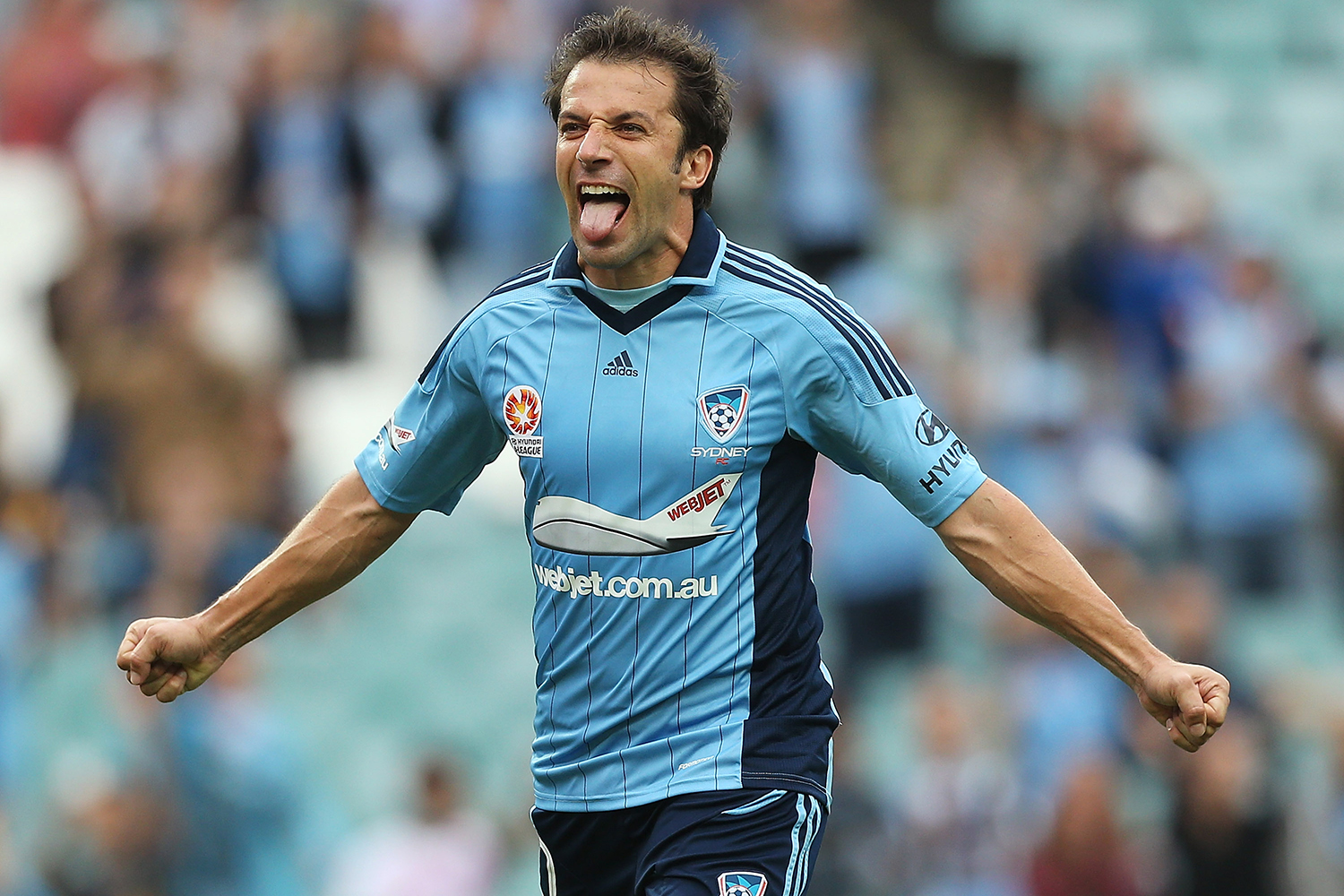 Performed after his goal in the 2017 FFA Cup Final, Milos Ninkovic’s Schnappi Crocodile celebration was performed for his daughters who enjoy the cartoon. 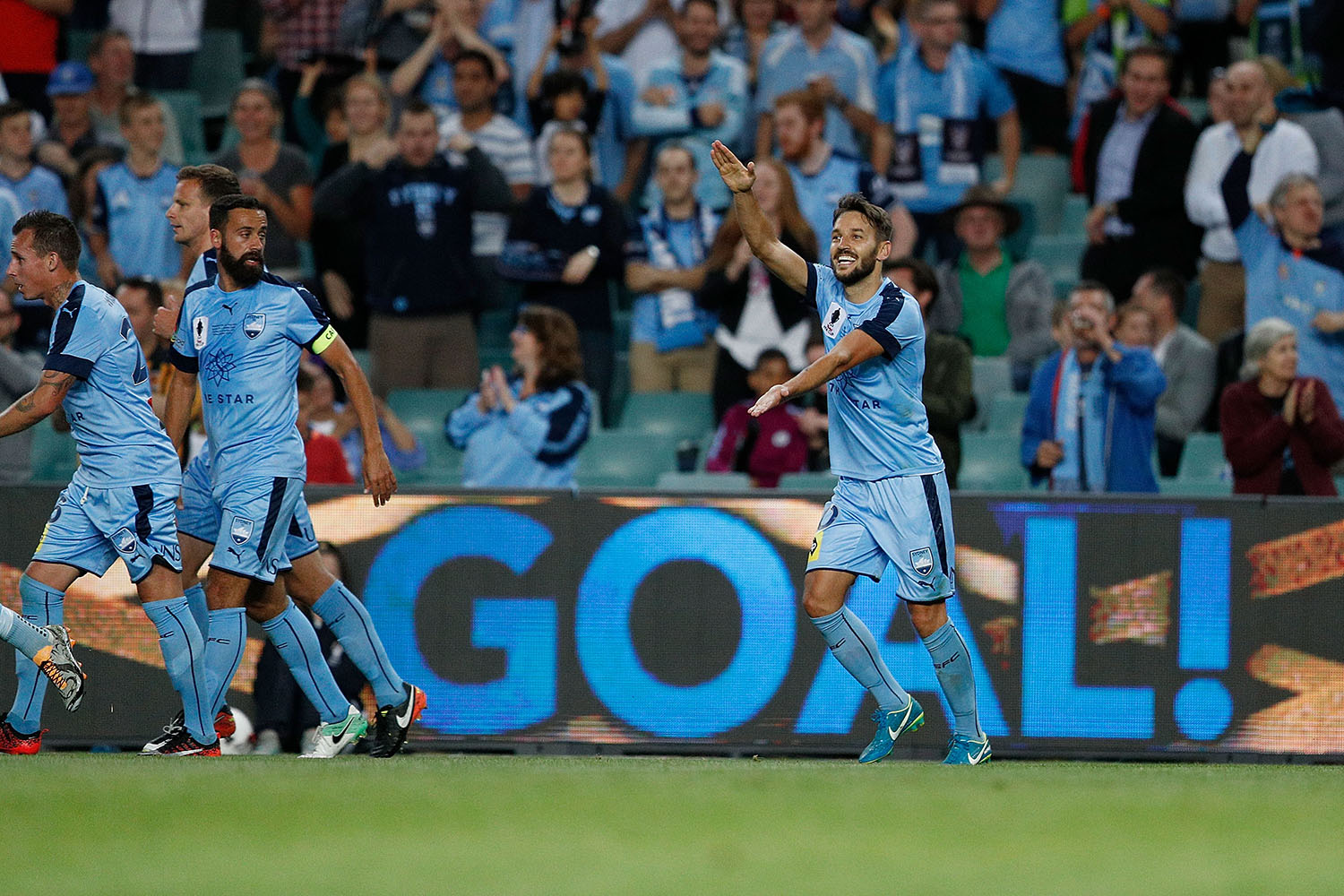 Synonymous with the towering forward from the Central Coast, Matt Simon graced Allianz Stadium with his trademark Shakka celebration after scoring against Adelaide United in Round 26 of season 2017/18. 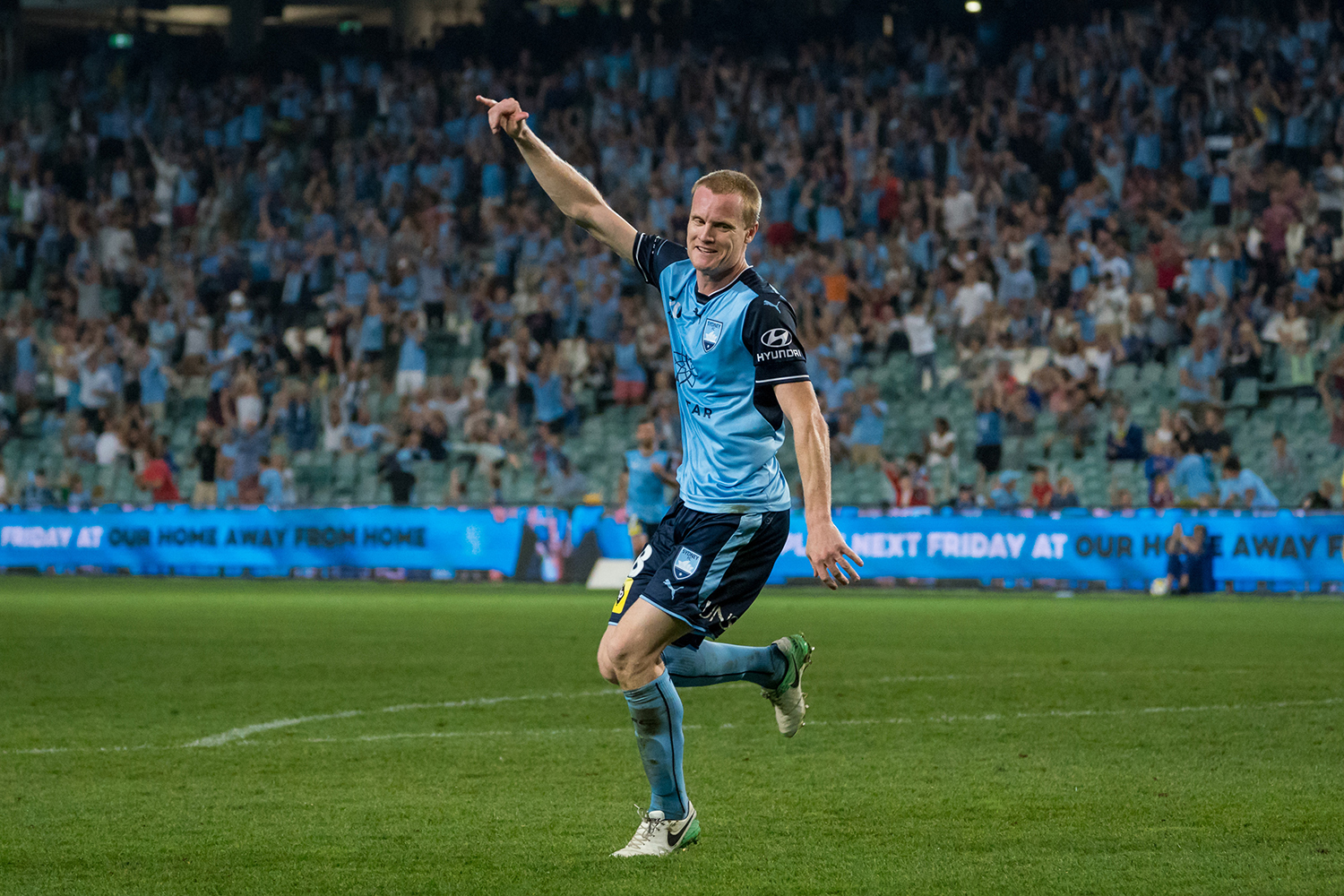 6. Corey Gameiro In The Derby:

Reducing the Sky Blues deficit just before half time, Corey Gameiro couldn’t hear the RBB following his goal at Allianz Stadium, cupping his hand to his ear as he ran away in celebration. 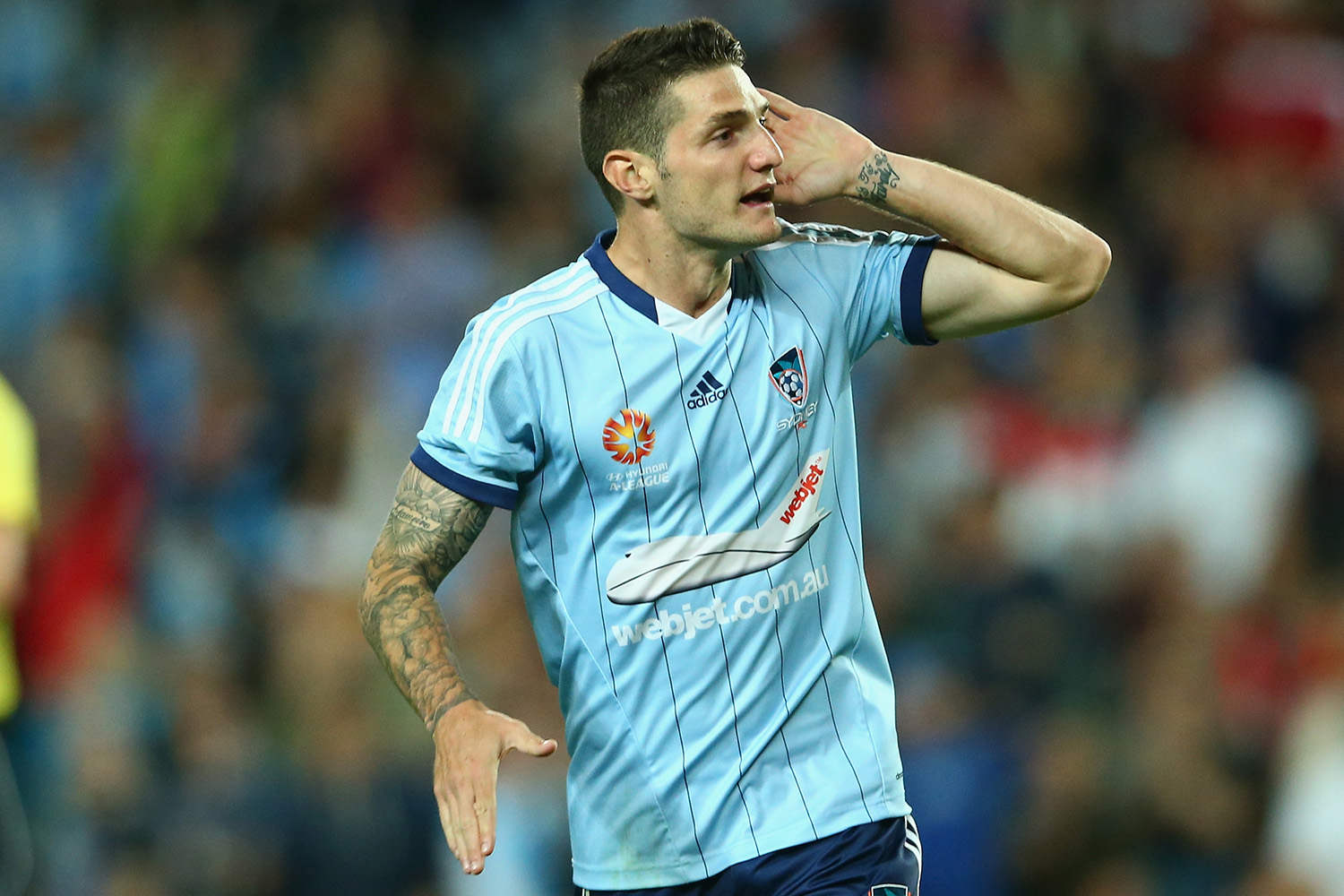 Sealing the Sky Blues’ 2009/10 Premiership with his goal against Melbourne Victory, Aloisi turned the corner flag into a microphone for his celebration as the Sky Blues’ fans around him erupted in celebration following the strike. 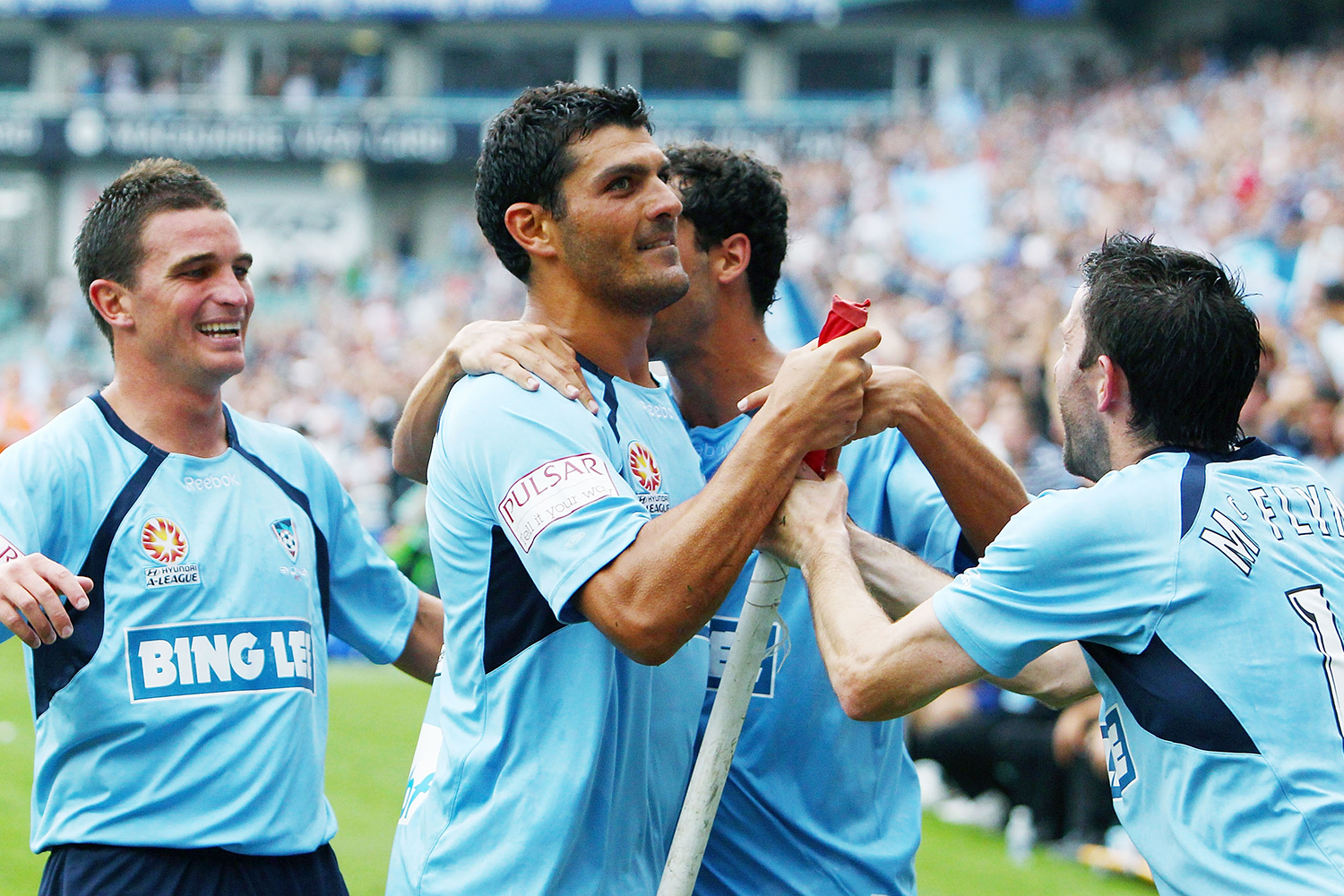 Having a strike minutes before ruled out by the VAR, Adrian Mierzejewski made sure to consult the official as he scored moments later against Perth, making the sign for VAR as his team mates joined in the celebrations in front of The Cove. 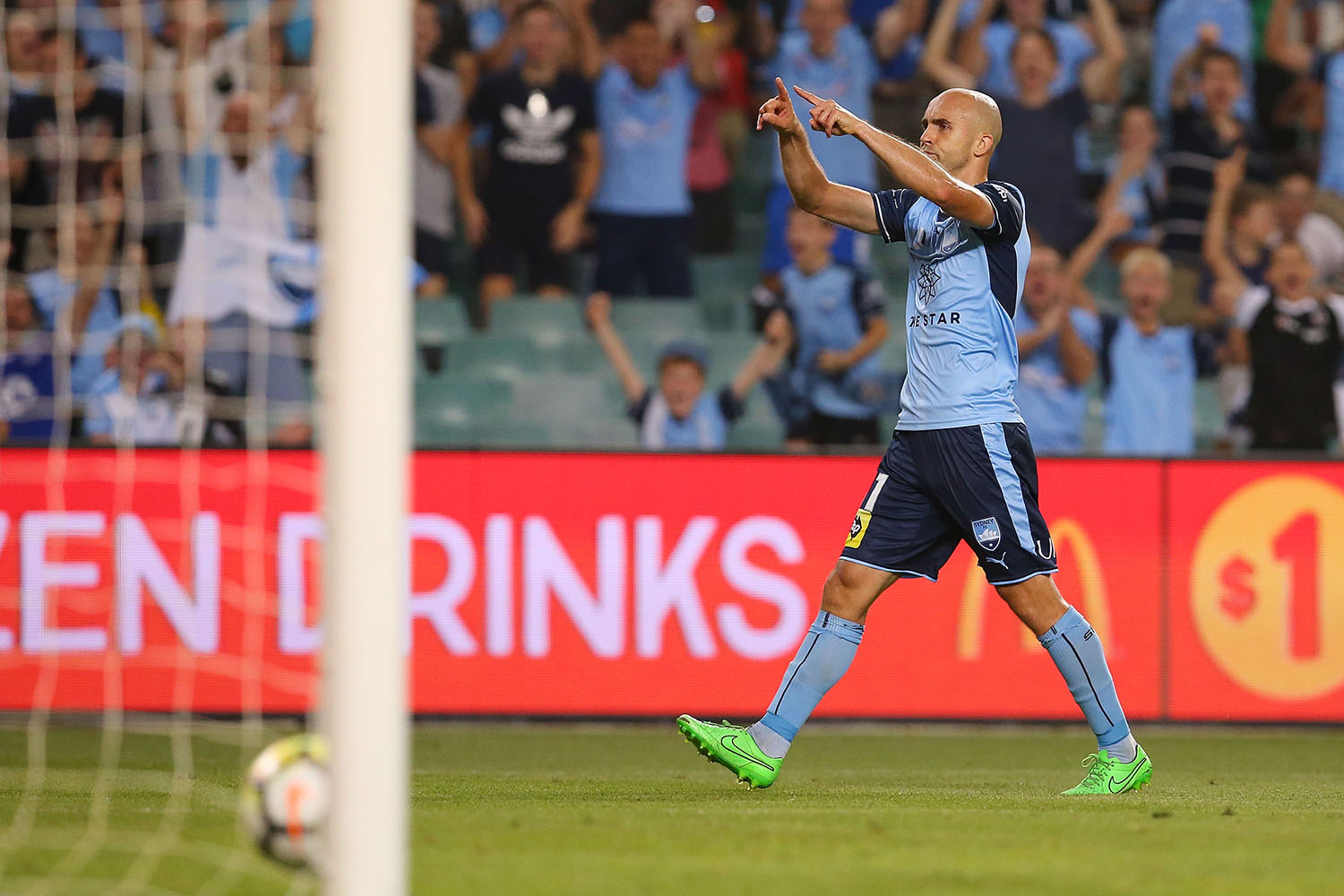 9. Ninko Dives Into The Cove:

Performed following his winning penalty in the 2017 Grand Final, Milos Ninkovic left the pitch and leapt into The Cove to join the title celebrations with the Sky Blues’ supporters in a scene beamed all around the world. 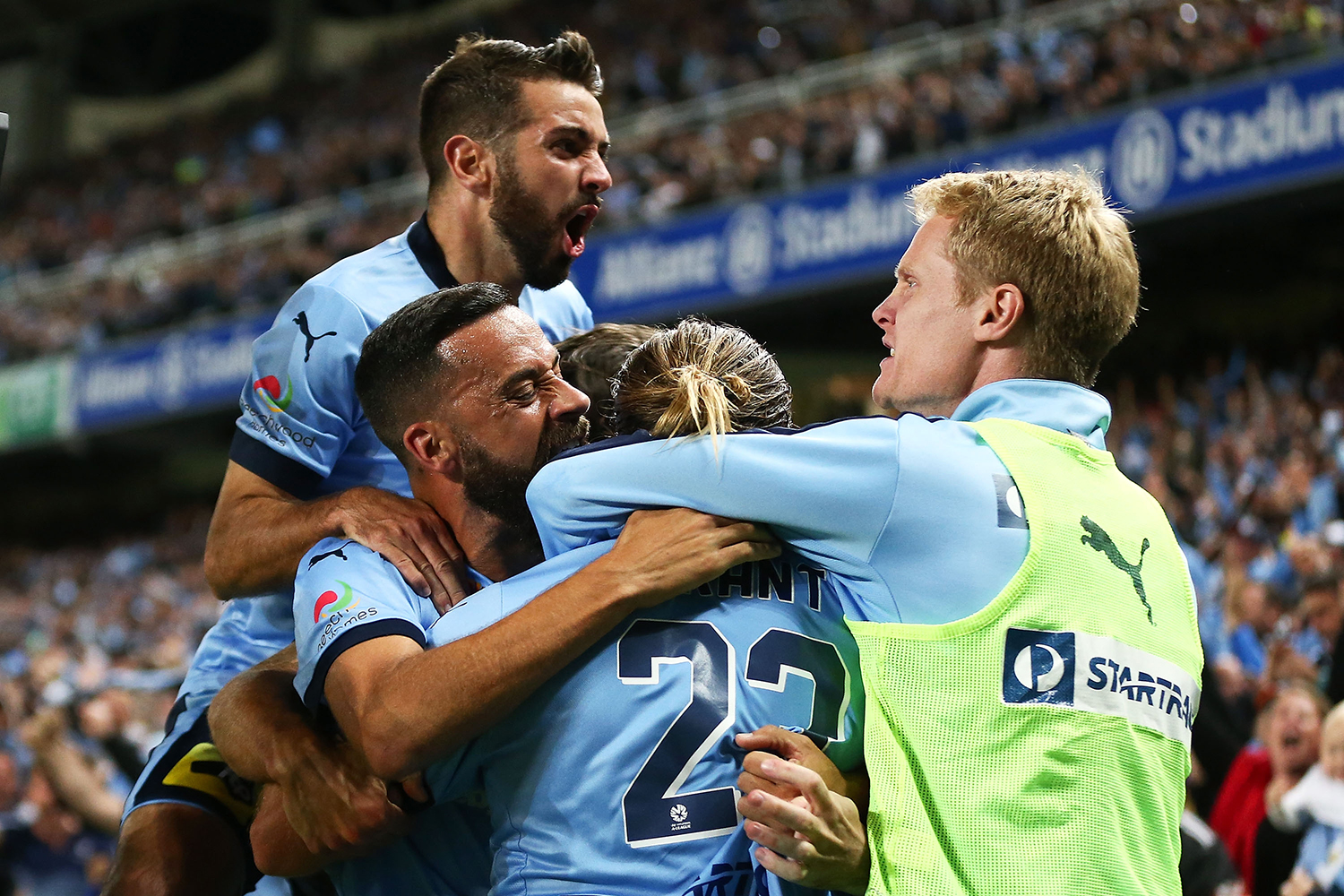