Today we look at best comebacks, clinching the three points when it didn’t seem likely, leaving the crowd on their feet in amazement.

With a few to choose from we’ve selected our top 10 in no particular order, check them out below…

Taking the lead through Richard Garcia, the Sky Blues seemed to have the win secured before being reduced to 10 men through Pedj Bojic’s dismissal. Kenny Cunningham struck in the 91st minute to equalise for the Phoenix, with a draw on the cards, however up stepped new Serbian acquisition Ranko Despotovic to stroke home a 94th minute winner for the Sky Blues.

One of the Sky Blues’ most famous comebacks! Going down to two early goals, the Sky Blues entered half time only one goal behind following Corey Gameiro’s strike at the end of the half. Sasa Ognenovski levelled proceedings just after the break before Alex Brosque sparked scenes of jubilation as he prodded home the winner with 10 minutes remaining.

Trailing since the 24th minute, the Sky Blues staged a remarkable comeback to claim a 2-1 victory with Brett Emerton scoring with five minutes remaining before Rhyan Grant sealed the three points with a stoppage time winner. 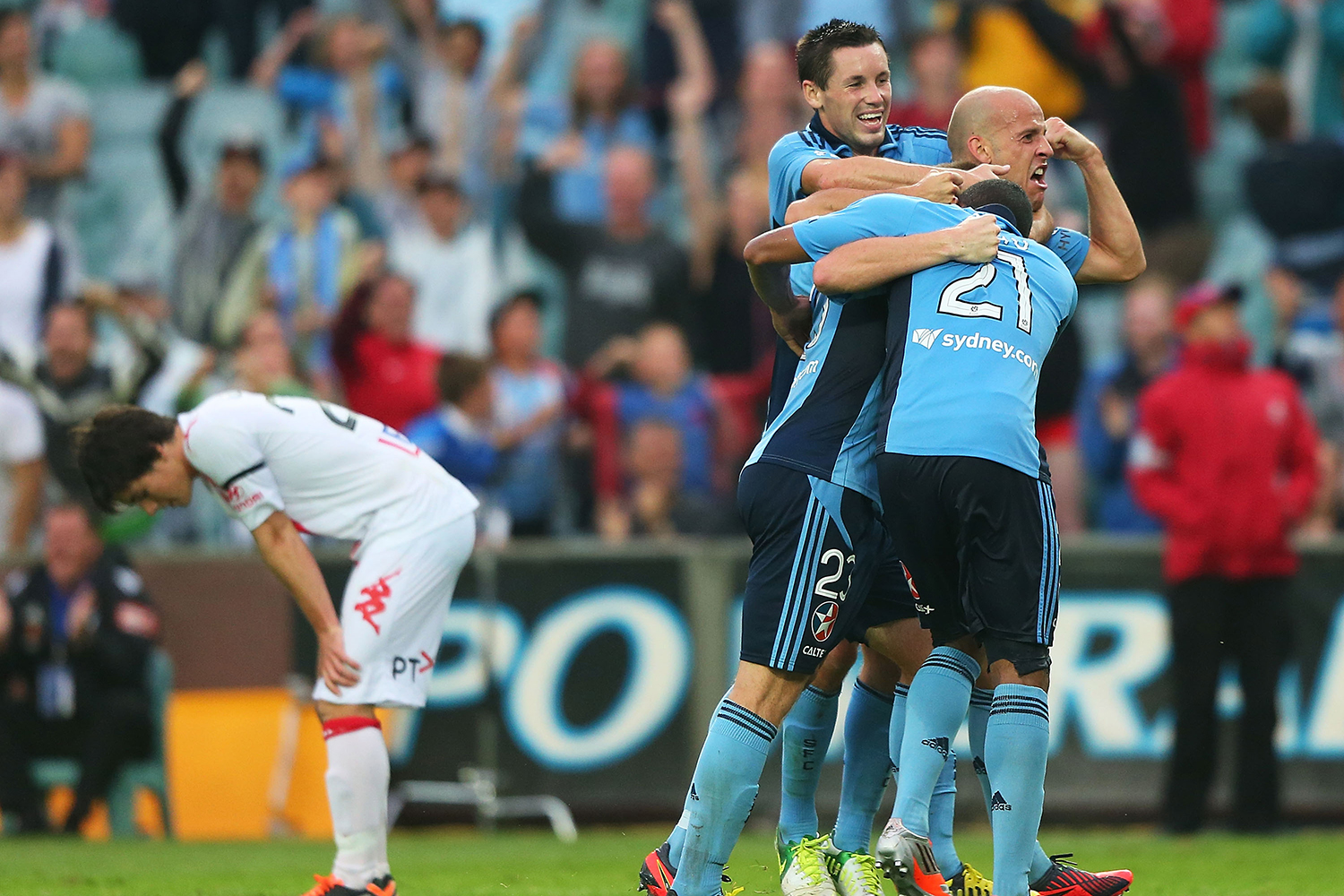 Down by two goals and looking for their first win of the season, Bruno Cazarine and Nick Carle got the Sky Blues level at 2-2 just beyond the hour mark before Karol Kisel stepped up to slot home a 94th minute penalty for the three points.

Looking to preserve their 100% record in season 2016/17, the Sky Blues conceded just before the break to enter half time trailing. Subbed on to provide a fresh spark, David Carney sent the home fans into raptures with a 15 minute brace to win the #BigBlue for the Sky Blues at home.

Entering the clash off the back of three defeats, Sydney FC twice battled from a goal behind to snatch a memorable win and kick start a run of results that saw the Sky Blues reach the Grand Final. Kylie Ledbrook restored parity at 1-1 before Teresa Polias scored a spectacular first ever W-League goal to level the scores at 2-2. Youngster Remy Siemsen proved the hero on the day, popping up in 91st minute to fire home the winner. 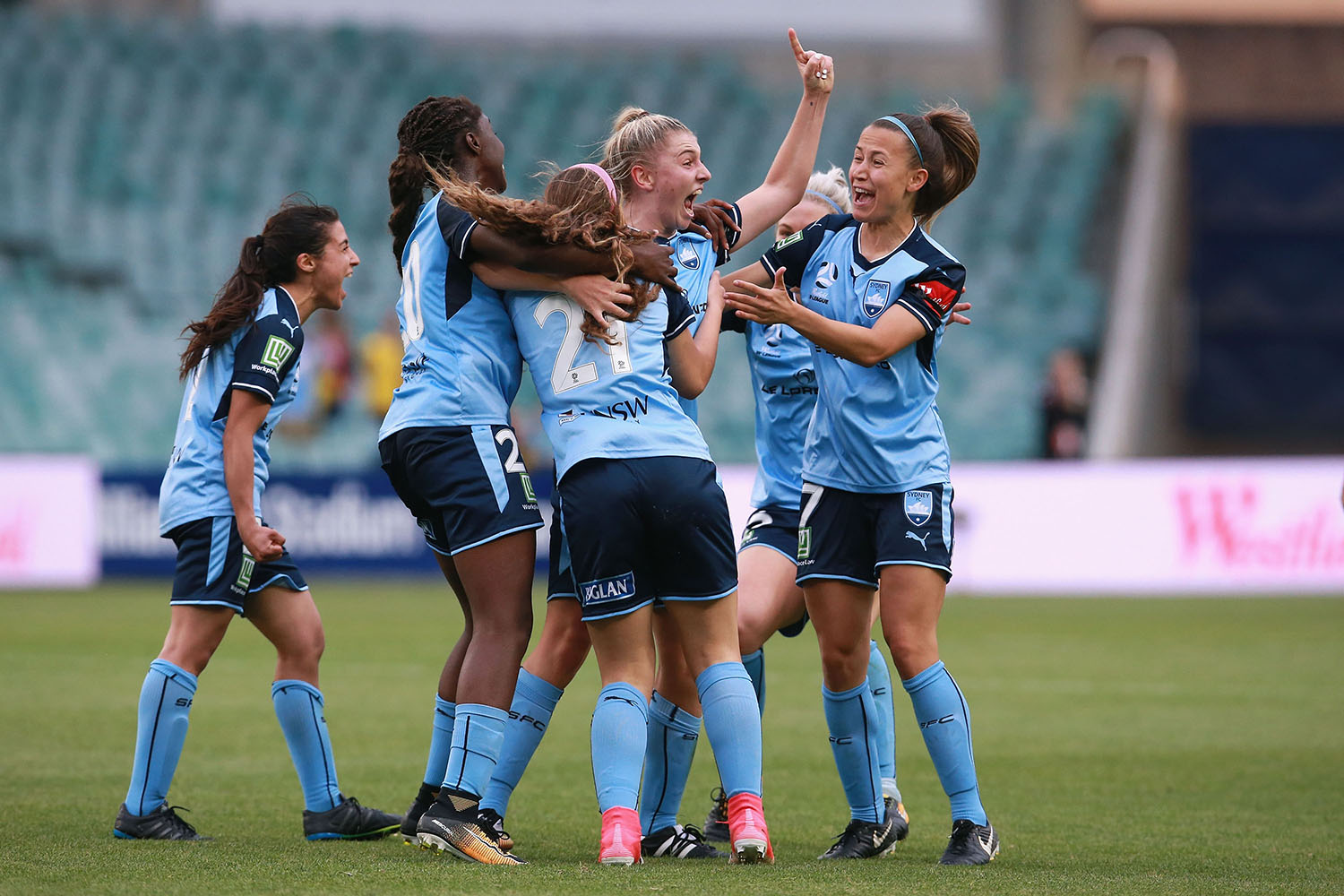 Trailing with an hour gone in the 2017 decider, the Sky Blues equalised through an unlikely source in Rhyan Grant as the right back prodded home from close range to send the clash to Extra Time. Slugging it out for an extra 30 minutes, the Sky Blues again trailed in the penalty shootout after Alex Wilkinson steered his spotkick wide of the post. Cue Danny Vukovic, who stepped up to deny Maco Rojas from the spot after Carl Valeri sent his effort into the cross bar, before Milos Ninkovic swept home the winner to seal the Sky Blues’ third Championship.

Ben Halloran had the away side in the lead 55 minutes into a tight affair before Karol Kisel and Bruno Cazarine staged a revival to secure the three points for the Sky Blues with 20 minutes remaining. 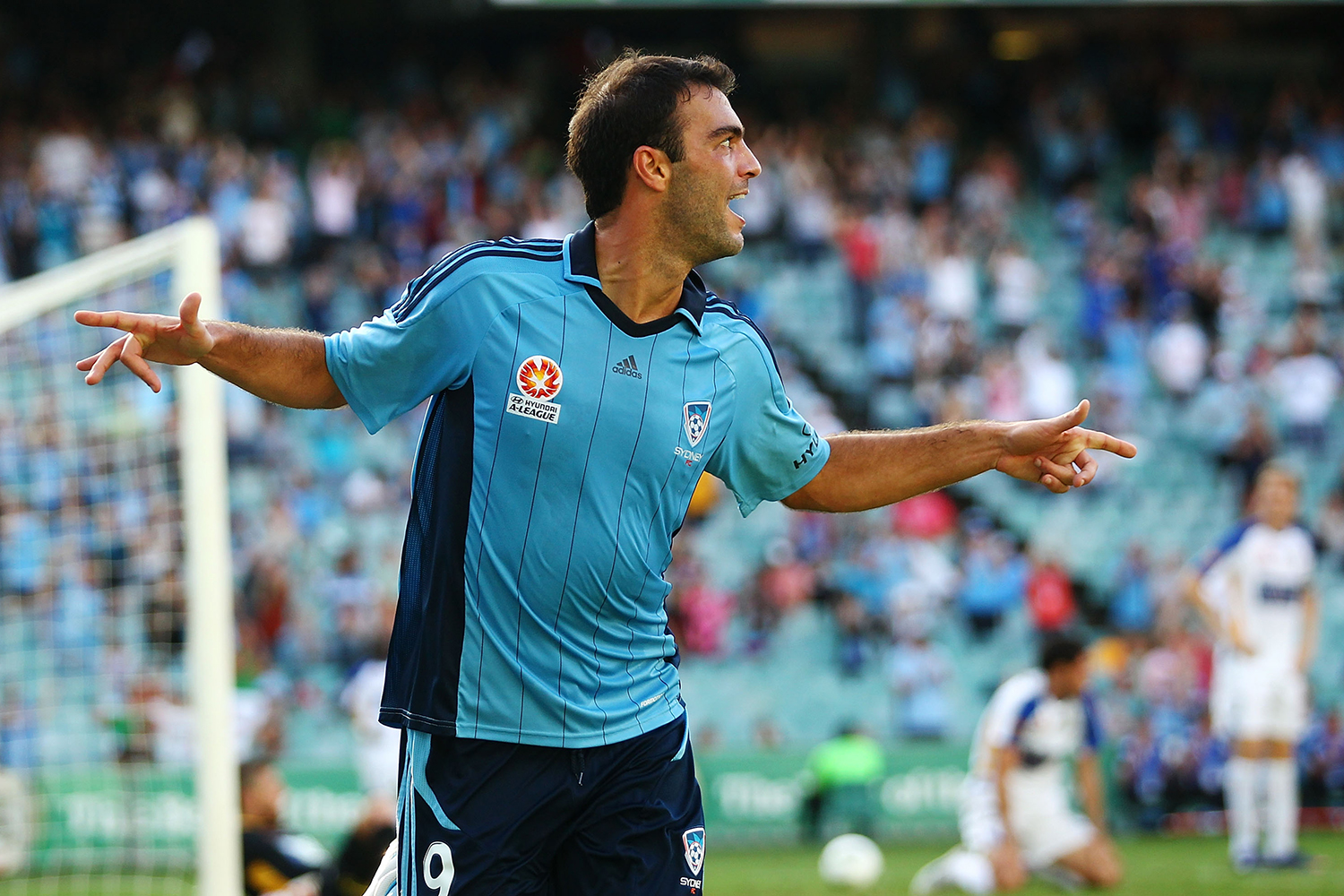 Sydney FC sealed their first #SydneyDerby win at home coming back from a goal down to seal a 3-1 victory. Goals to Matt Jurman, Richard Garcia and Ali Abbas ensured bragging rights returned to the Sky Blues at Allianz Stadium. 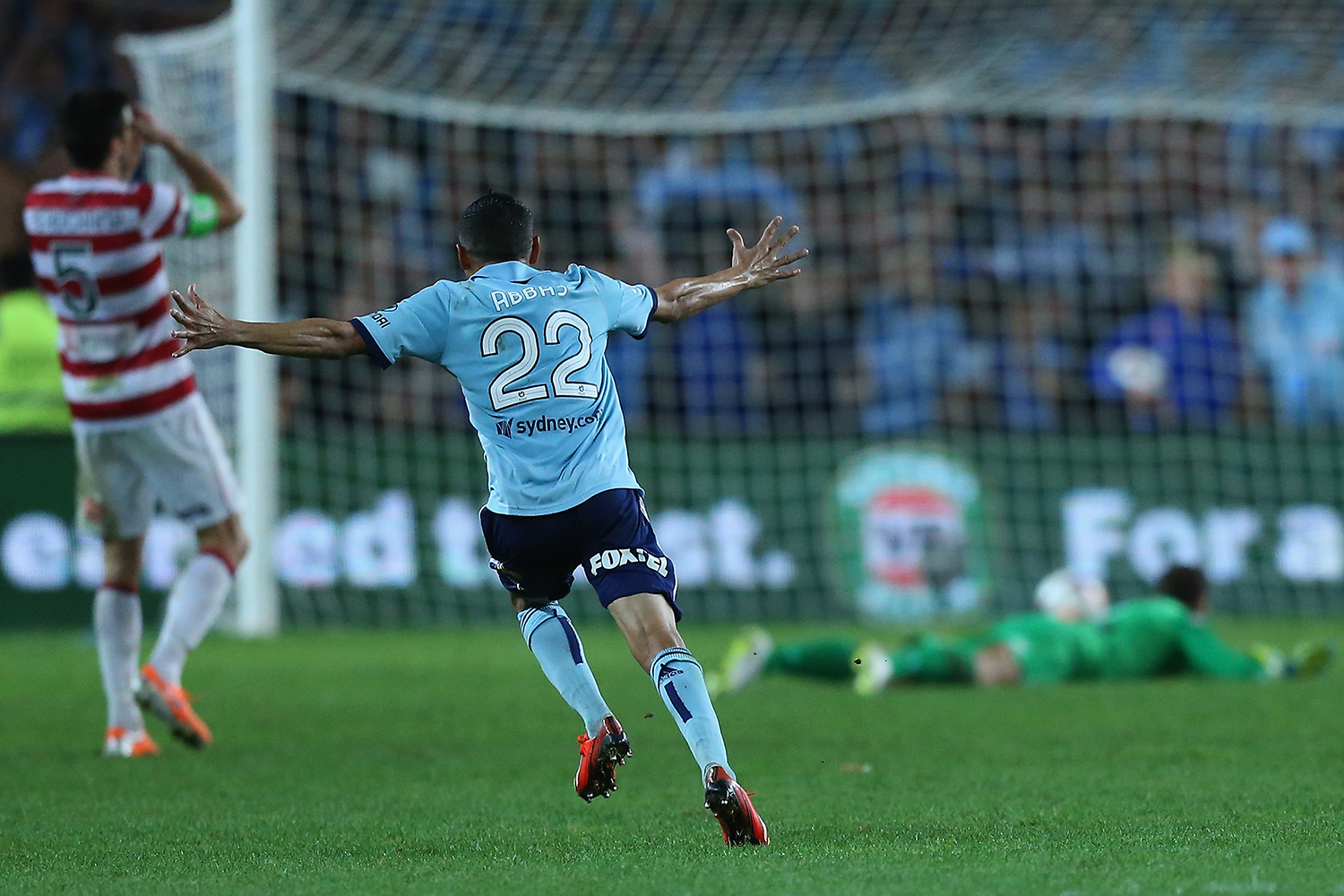 While Marc Janko has the Sky Blues in the lead early, Fabio Ferreira has the Mariners in the ascendancy at 2-1 with an hour played. Rhyan Grant restored parity in the 68th minute, however it took until nine minutes remaining for the Sky Blues to regain the lead as Shane Smeltz made it 3-2 before Janko put gloss on the score line with a 92nd minute strike. 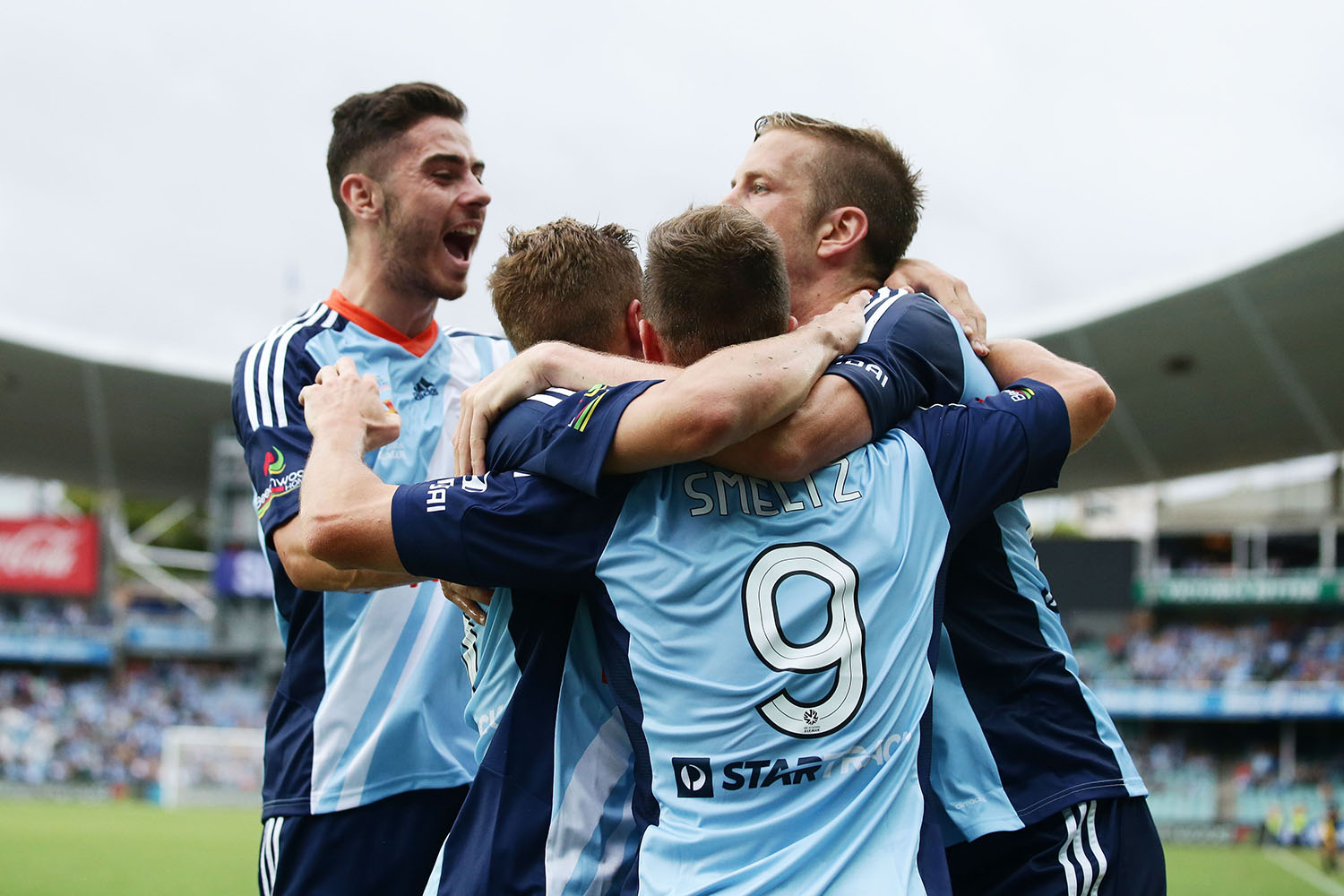