Today we look at the Stadium itself, and select our Top 10 shots of the ground from Sydney FC games throughout the years.

From the historic, to the panoramic and spectacular, check out our favourites below…

The afternoon sun, a packed stand, and the Sky Blues’ current Head Coach Steve Corica racing away in celebration as his shot crosses the line for the winning goal in the inaugural Hyundai A-League Grand Final. A historic photo if ever there was one. 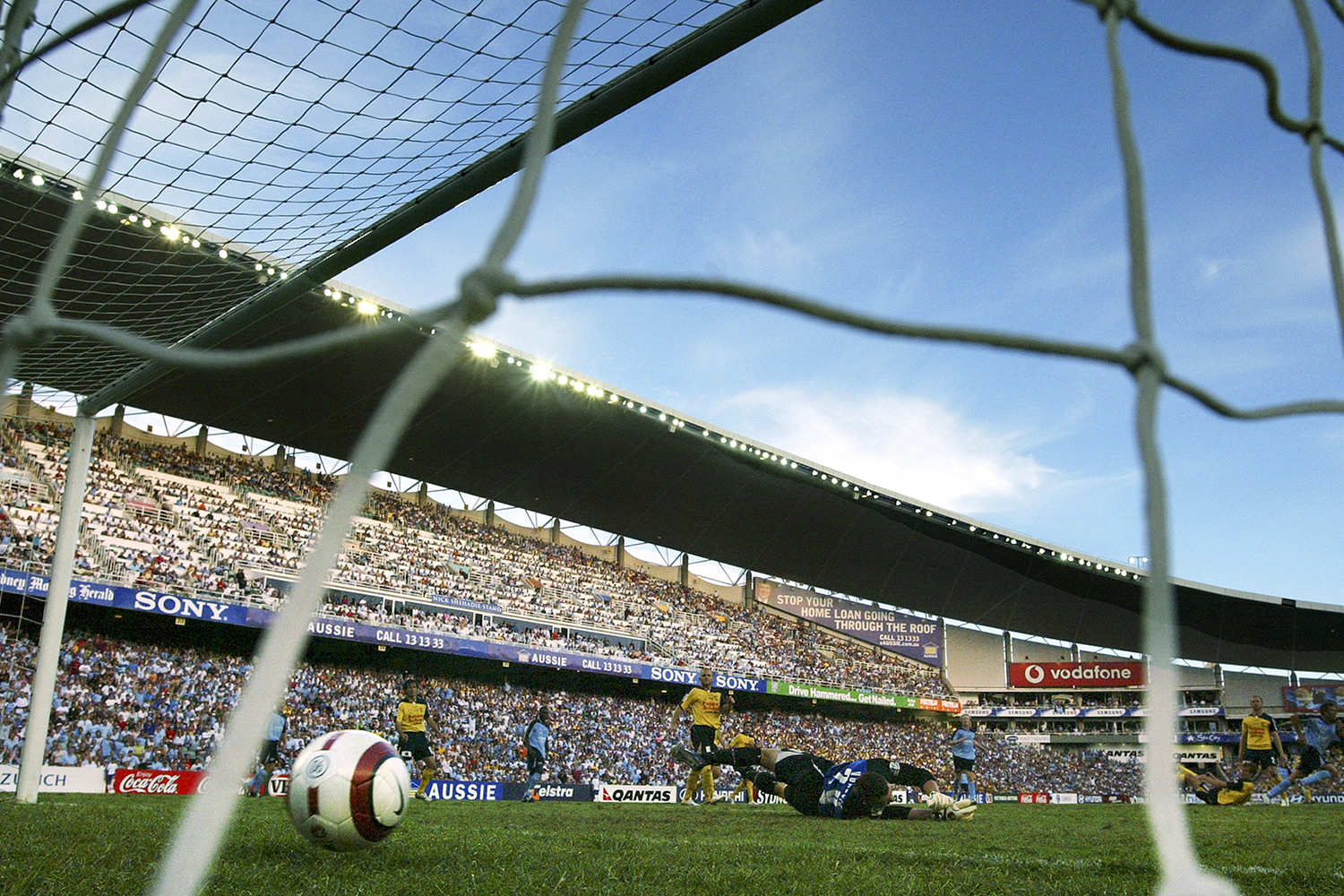 A day of celebration, Sydney FC commemorated their tenth year of existence with a lavish lunch in the centre of Allianz Stadium, with players past and present, football icons and club members in attendance. 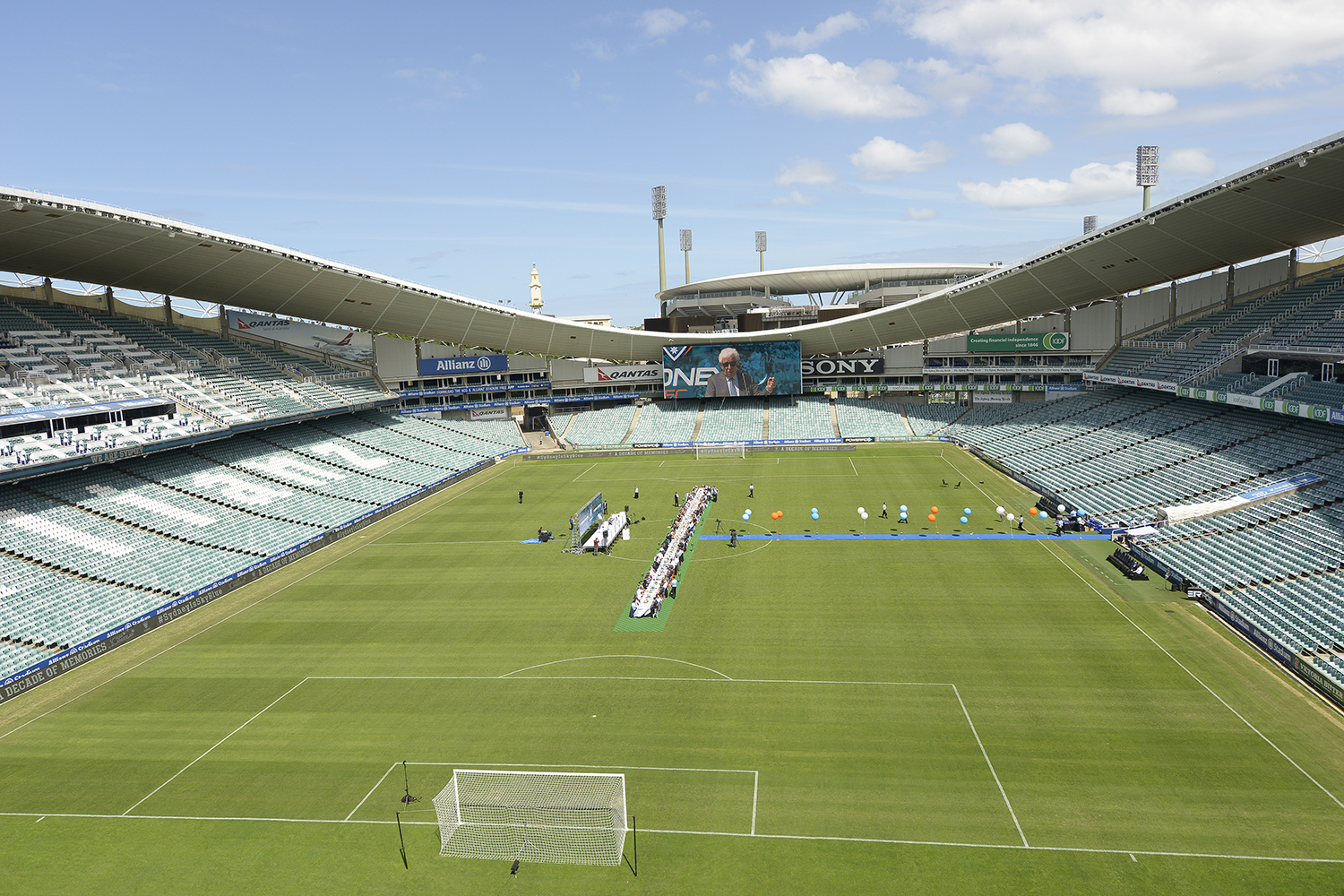 What better place to launch the club’s new logo than at their home ground. Laid out in the centre of the pitch, the Sky Blues’ new badge was proudly on display, with the Stadium and the logo captured against the backdrop of the Sydney skyline. 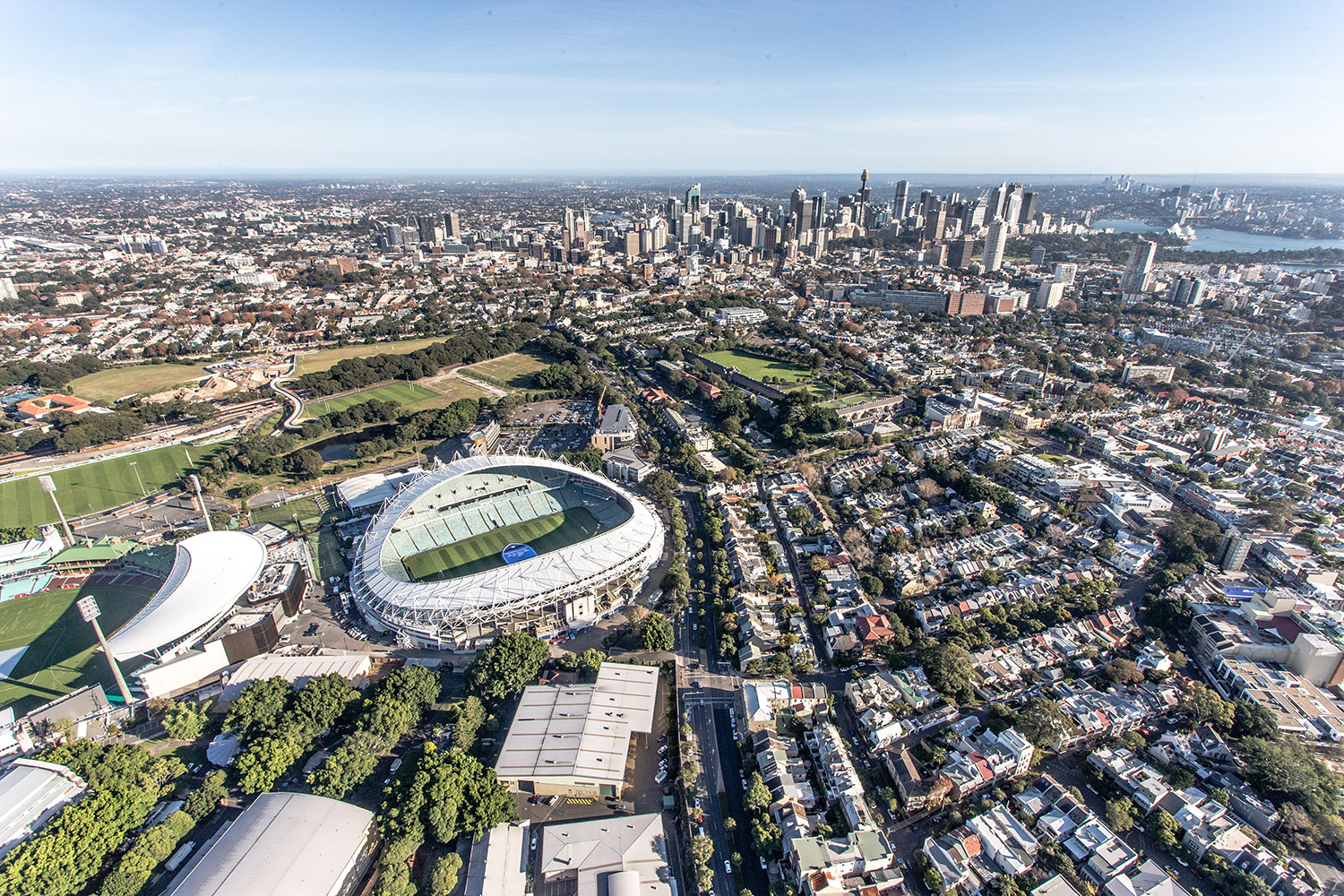 Ever wondered what the view is like from The Cove end of the ground? Well here you go. Captured during the Sky Blues’ Semi-Final clash against Adelaide United, this shot shows The Cove in full voice as the squad put four goals past the Reds to reach the 2015 decider. 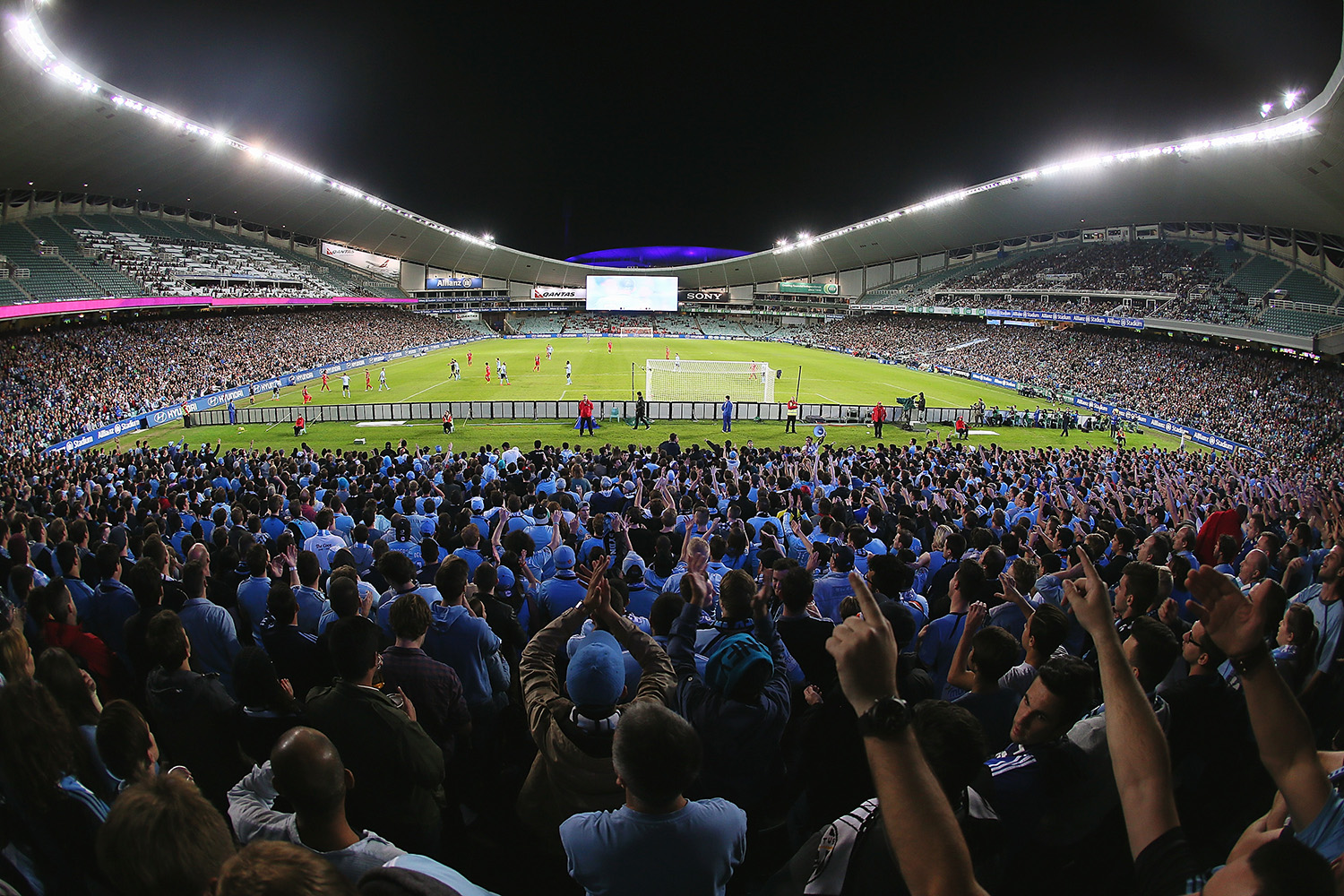 Shot from high up in the stands, the photo shows Allianz Stadium packed to the rafters on a historic night as Sydney FC sealed the double for season 2016/17 with a thrilling penalty shootout win in the 2017 Grand Final over Melbourne Victory. 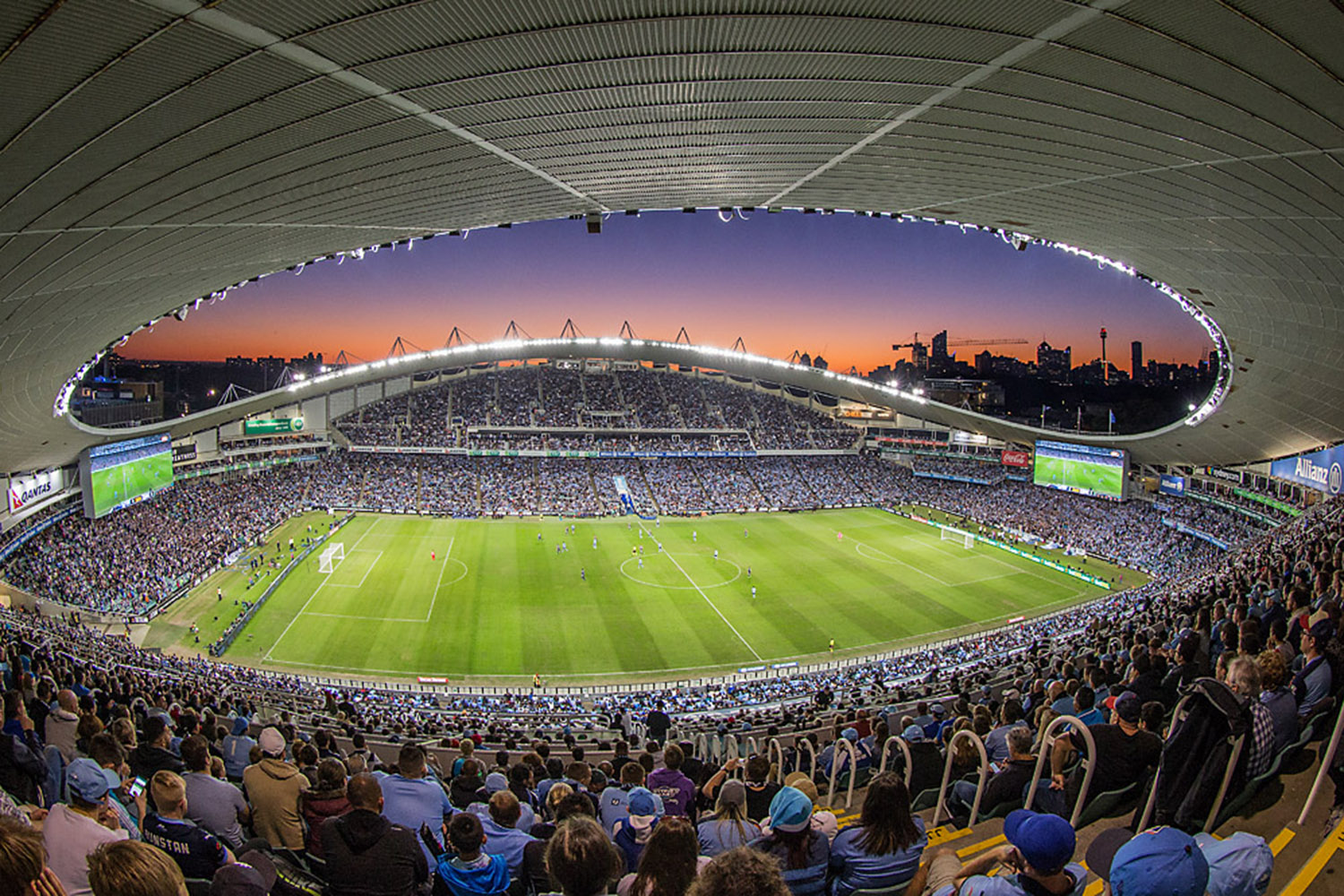 Perched high above the crowd, this shot captures a sold out Allianz Stadium for another thrilling Sky Blues’ #SydneyDerby win, with Milos Ninkovic slotting the winner late in the second half. 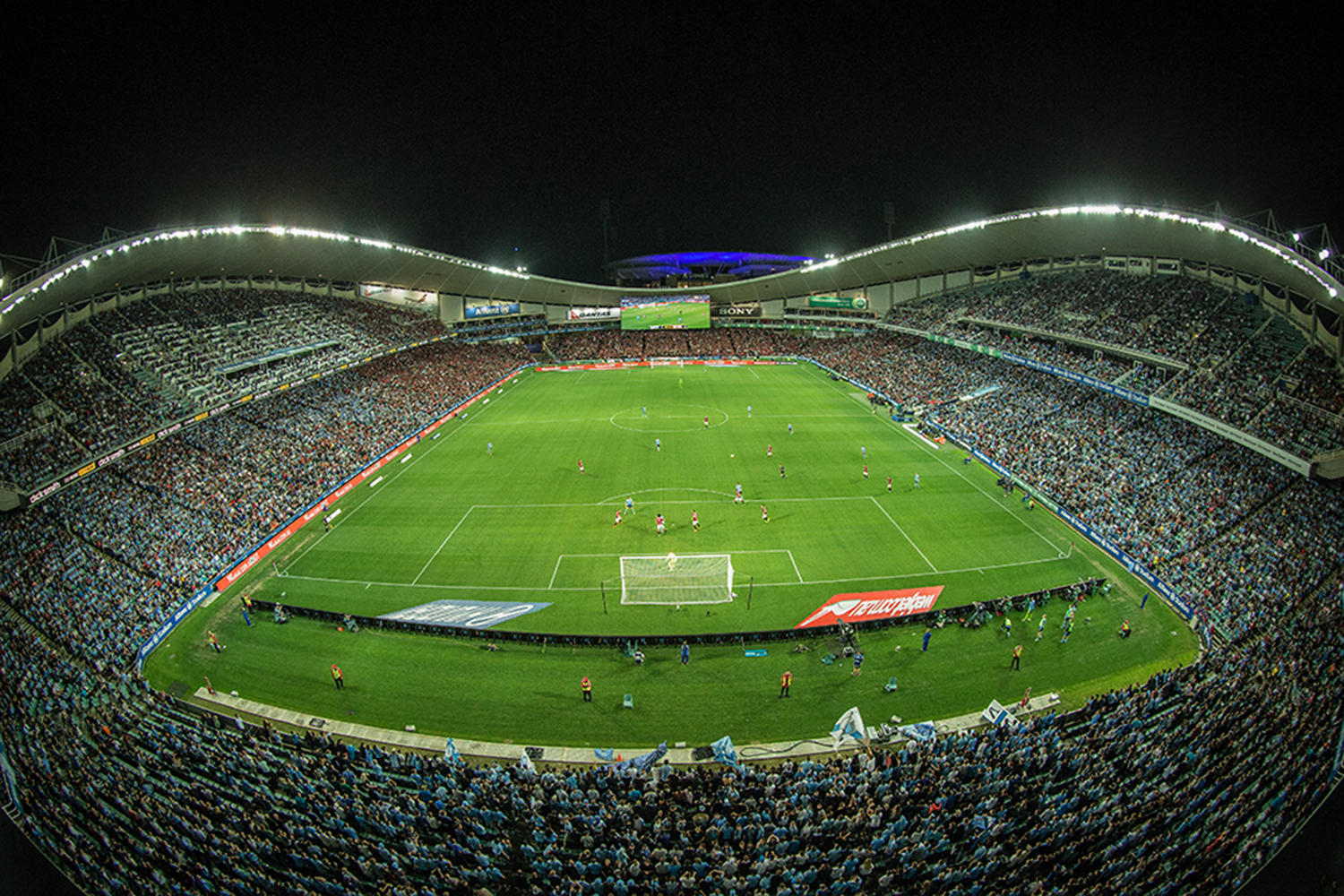 Captured as the players warm up ahead of a clash against Wellington, this shot showcases a menacing, stormy sky hovering over the ground, casting a dim light over the ground. 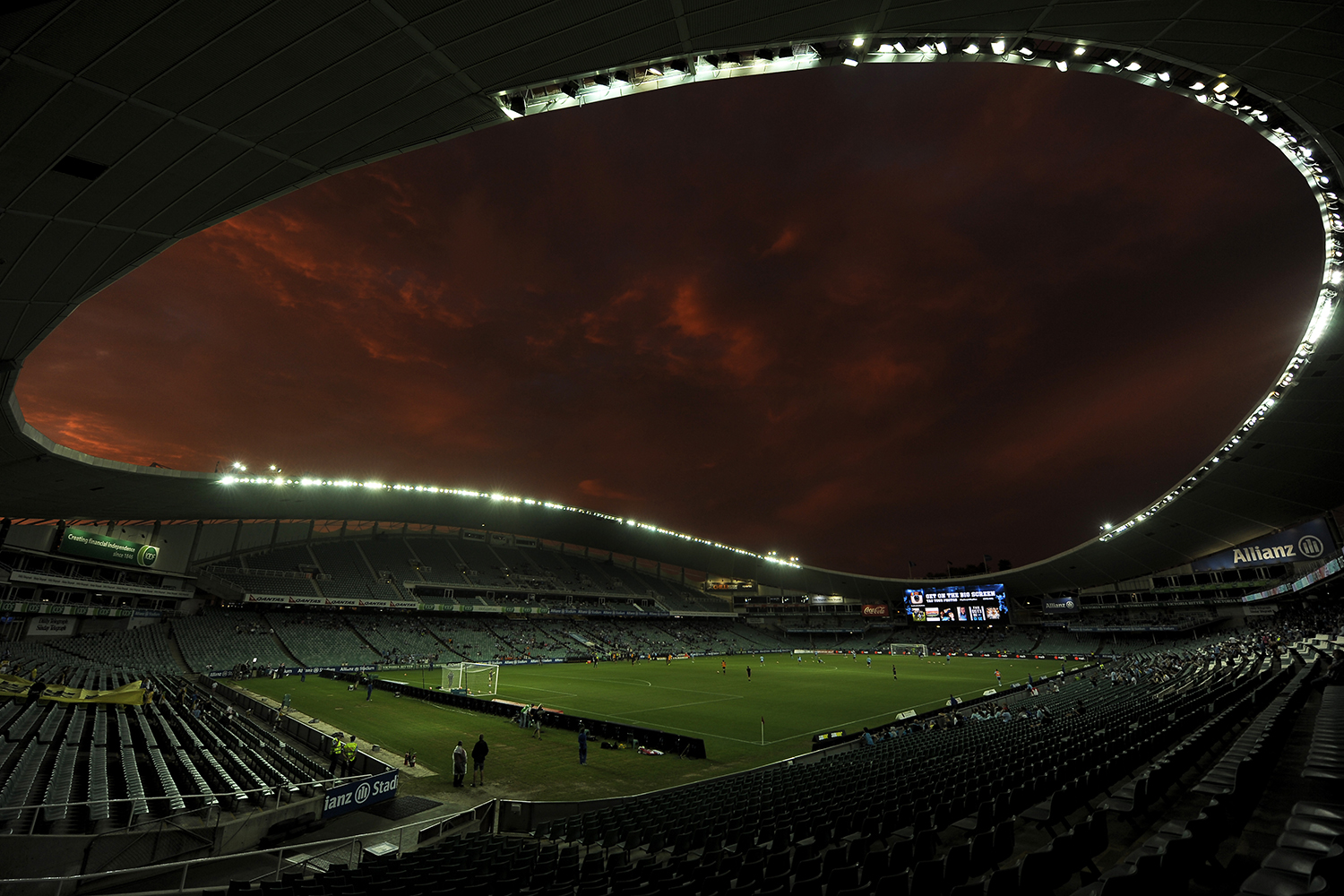 Sending pink hues through the sky above Allianz as the Sky Blues’ faced Queensland Roar below, the shot shows the transition from afternoon to evening as enjoyed throughout the summer months at the Stadium. 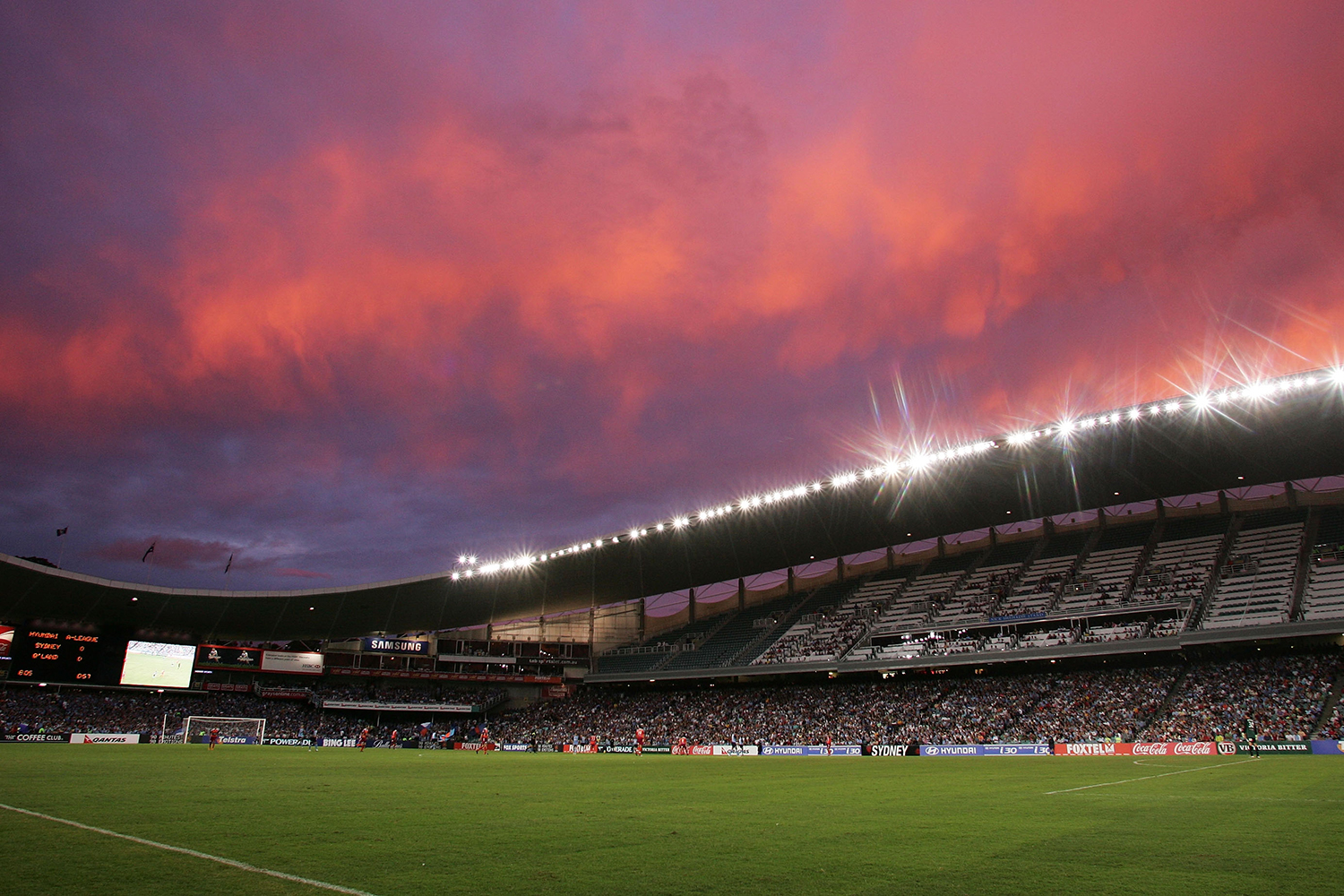 With the sprinklers on and the stands filling up, it was almost game time at Allianz Stadium for another enthralling #SydneyDerby. The Sky Blue crowd pictured here had the pleasure of witnessing the first Sydney FC Derby win at home with a 3-1 scoreline. 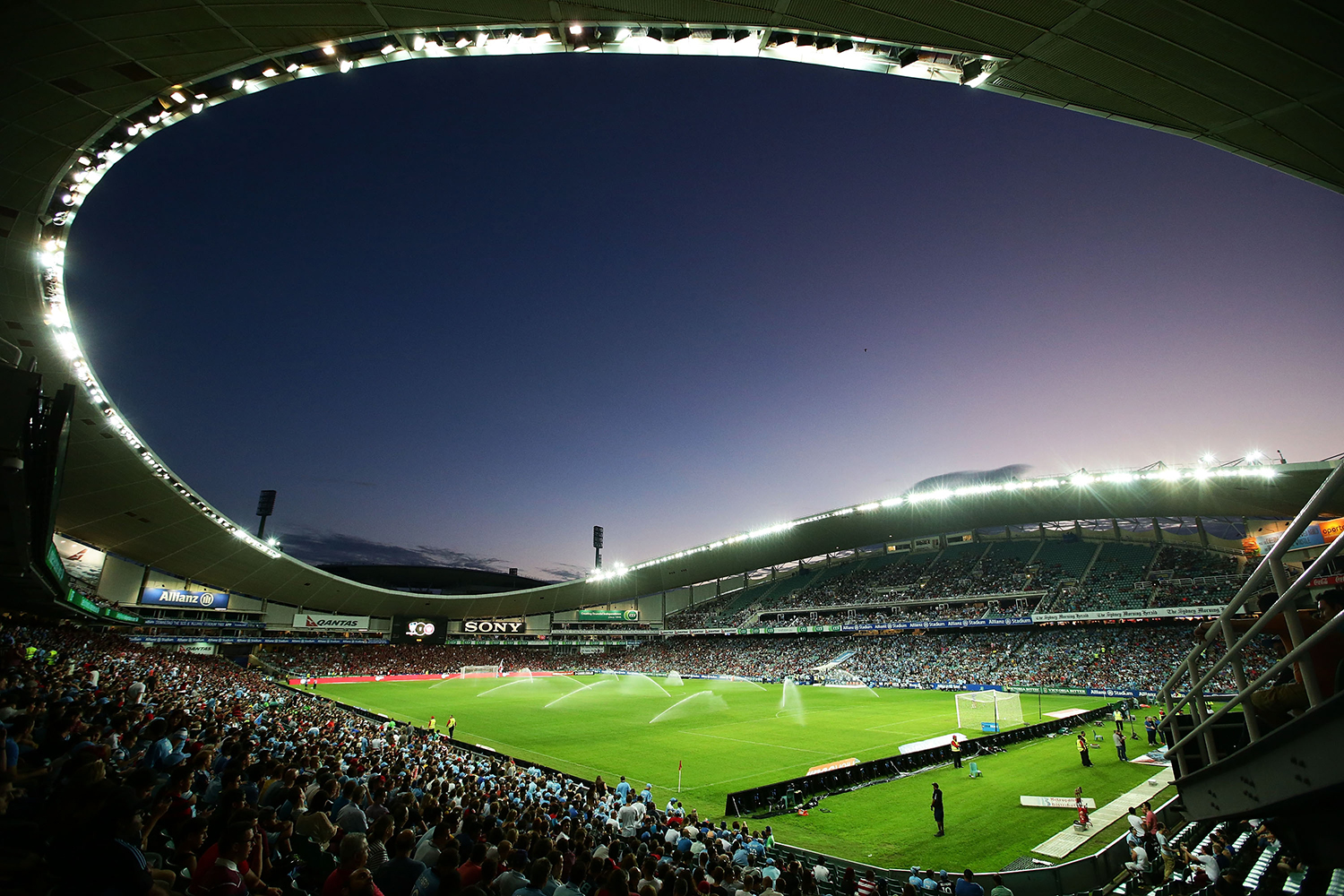 A massive crowd for a massive match, the shot shows the 40,000 plus crowd that filed through the gates to witness Alex Brosque’s winning strike in a thrilling 3-2 Derby win for Sydney FC. 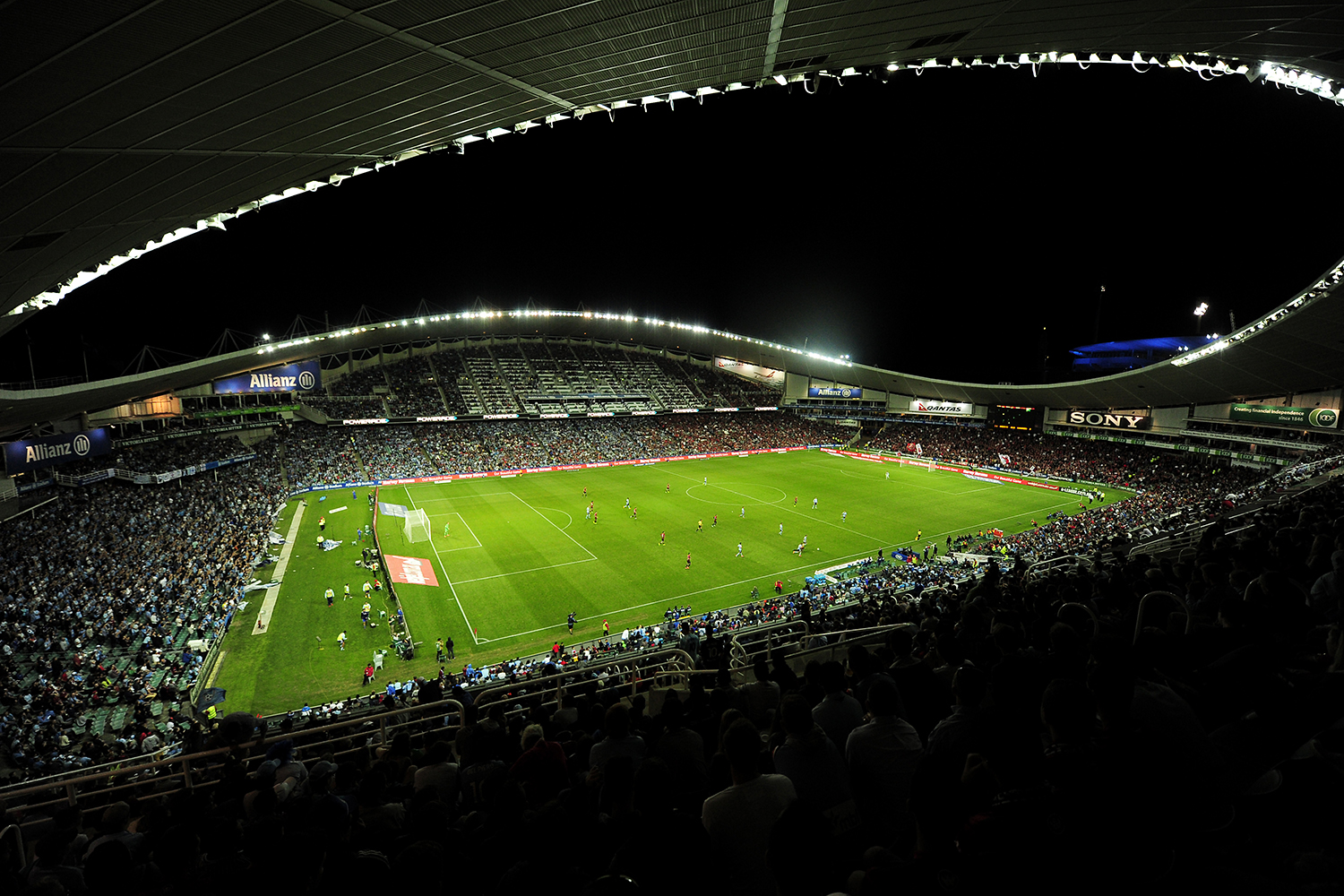