The league leaders eased to a 2-0 win over Newcastle Jets at McDonald Jones Stadium courtesy of a goal in either half and a fourth consecutive clean sheet.

The previously unbeaten Jets managed only a single shot on goal despite fielding Andrew Hoole in a two-man attack alongside Morten Nordstrand.

“(It was) an outstanding performance from us. We’re working very hard without the ball,” O’Neill told Fox Sports. 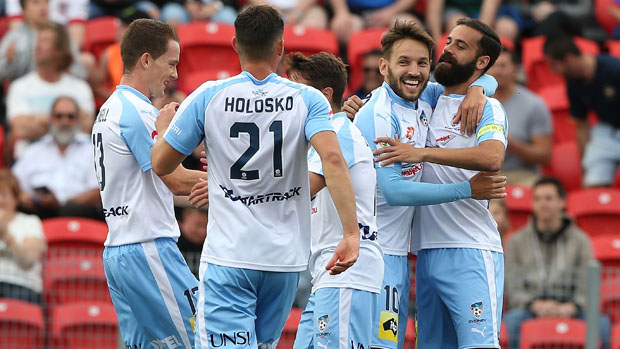 “With the ball we’re trying to go forward as much as we can. We’re scoring goals and conceding none which is the main thing in football.

Sydney have now scored 11 goals and conceded zero in a stunning start to the season which sees the two-time champions sit three points clear in first.

“We practice on the training pitch all different scenarios they’re going to throw at us,” O’Neill told Fox Sports.

“That’s why we have a master coach in Graham Arnold.