One Result On Redmayne’s Mind

Sydney FC goalkeeper Andrew Redmayne believes there will be only result for the Sky Blues in this weekend’s #SydneyDerby at Netstrata Jubilee Stadium.

The 31-year-old said if the side can replicate the dominant performance shown in the last game against the Wanderers, he expects nothing other than a win for the current ladder leaders.

“[In the round three clash] If we play like that every week, we’ll clean up and I’m expecting a similar performance in this coming derby and I can see nothing but success for Sydney FC,” he said

“It was the one game we dominated the most this year but the cookie just wouldn’t crumble.

“It’s always nice to take three points no matter where you’re playing. We have had the wood over them for a while now and last game was just a blip in the road,” Redmayne added.

The former Wanderers man showed no feelings towards his old side, showing it’s all Sky Blue for the man who’s claimed two Championships, two Premierships and an FFA Cup with his current employers.

“I’m fully focused on this club, it’s a great club that’s given me so much,” he said.

“The change room here is phenomenal and I’d do anything for the boys.

“We’re looking at the bigger picture, which is the goals we set for ourselves as a team and a club. It’s what we need to do to for each other to achieve success this year and this is just another step in the road.” 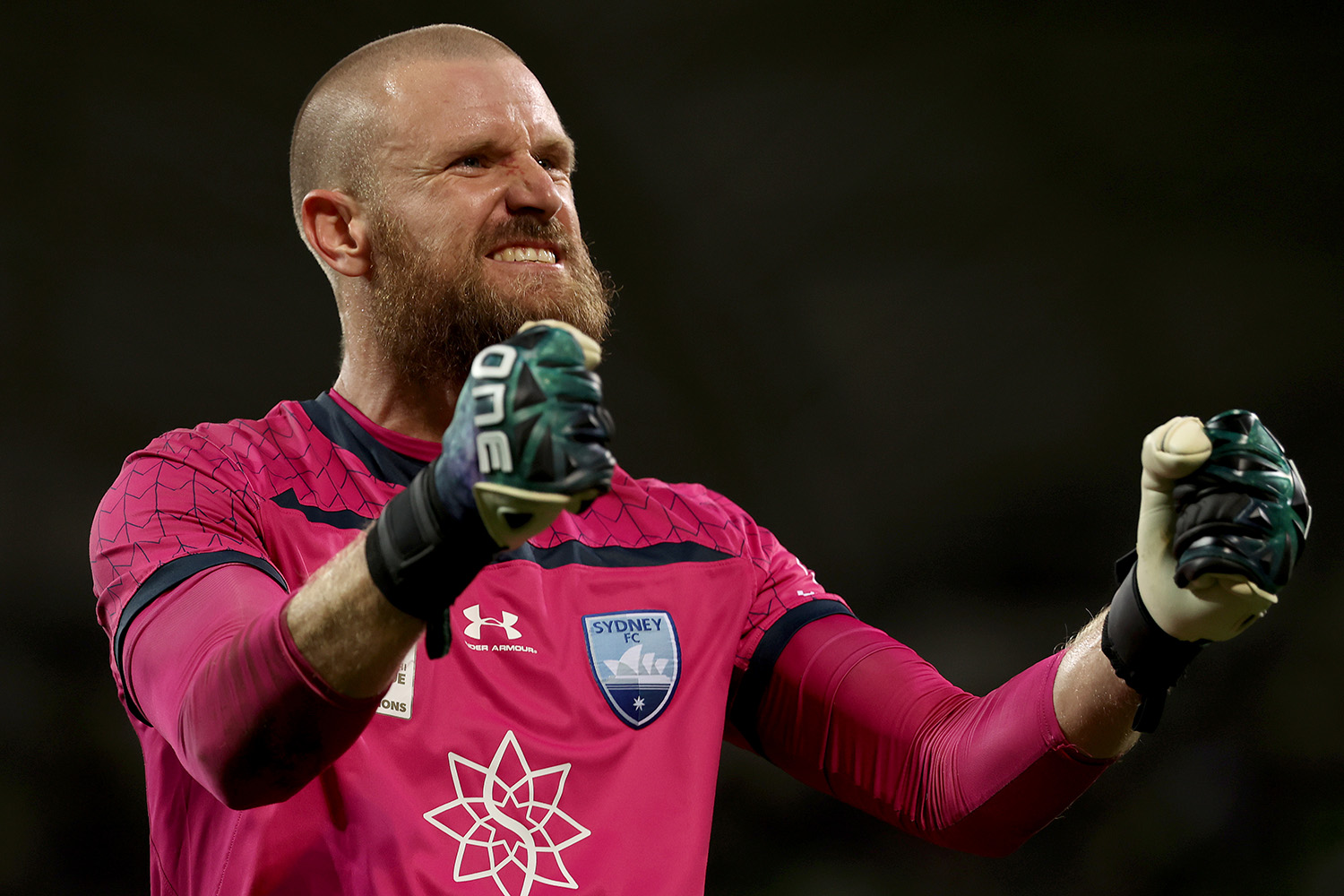 Sydney FC’s winning record at Netstrata Jubilee Stadium has stretched out to 13 games, and Redmayne believes the added community atmosphere has helped the players achieve such an impressive feat.

“It’s kind of that boutique venue that has a bit of character and life about it when it fills up and Friday is going to be full to brim so I can’t wait to be a part of it,” Redmayne said.

“It’s become our home and it’s somewhere we really relish playing. I’m no different to anyone else, playing in front of a full stadium in a big occasion with a big atmosphere.

“It’s a community venue and has really put us in contact with the fans where we can really have a great relationship with them,” he continued.

“We love interacting with our fans at the ground and it’s going to be a momentous occasion and we can’t wait to get it going [on Friday night].

“Pre, post and during the game we’re always up close and personal with them and I know they enjoy it as well.”

Still 13 points clear at the top of the Hyundai A-League ladder with a game in hand, Sydney FC are tracking towards another of their most successful seasons on record.

“We know the journey we’re on, we’ve still got some goals to tick and this game is just another step in the right direction,” he said.

“It’s a big one. Footballers love playing in these big occasions with sold out venues and of course we will be looking towards continuing our dominance in the league and ticking off some goals we set as a squad.”

Sydney FC are back in action this Friday 28th February in the #SydneyDerby at Netstrata Jubilee Stadium (kick off 8pm AEDT) brought to you by McDonalds.