Sydney FC Head Coach Graham Arnold has dismissed any notion of squad tiredness ahead of Saturday’s clash against Brisbane Roar at Allianz Stadium (kick off 7:50pm AEDT), with his eyes firmly set on three points and another step towards a successive Premiers Plate.

Having played in Japan on Tuesday evening, Arnold said the turnaround for Saturday’s clash had been more than ample, while stating that the regularity of matches would play in the favour of his players.

“The attitude of the boys has been great this week, the focus is about the A-League for the next couple of weeks,” Arnold said.

“The boys are in a great physical state, a great mental state, and I expect to win tomorrow night.

“The ones who played on Tuesday night, it’s a four day turn around, they flew back business class, they’re all ready, there’s no excuses.

“We’ve got a fantastic record at Fortress Allianz, we haven’t lost any A-League game at Allianz in nearly two seasons now. We go into Allianz very confident and I expect that tomorrow night. 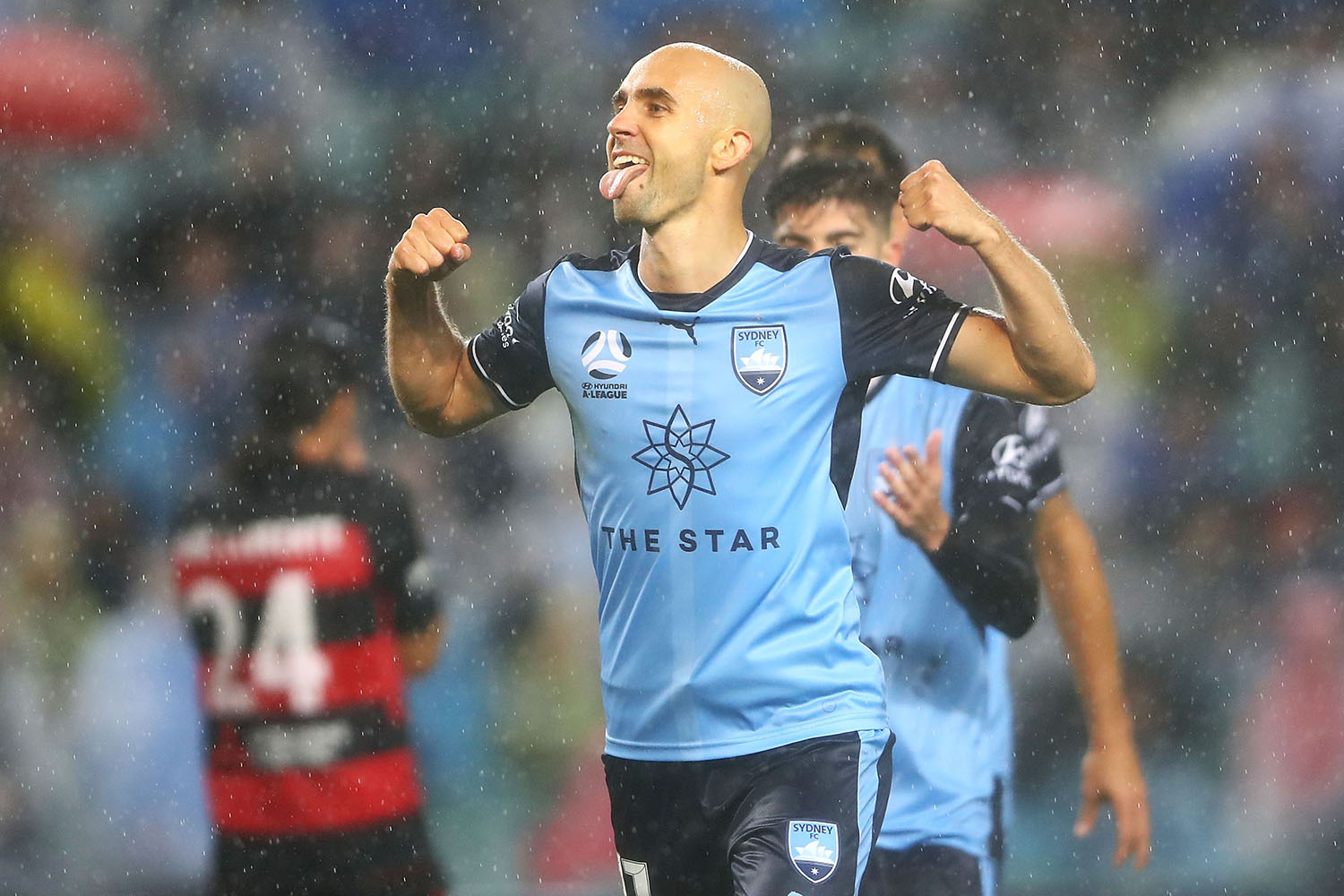 “It’s a perfect scenario for players at the moment, less training, more play,” he continued.

“All players like to play, they’re not great at training, at the end of the day they make sure they do everything right at training and we have high standards, but they want to play more than they train.

“At the moment games are coming thick and fast and we’re loving every part of it.”

Arnold confirmed Michael Zullo would be the only absentee from the squad for Saturday’s clash against the Roar, as he stressed the importance of commitment within the playing group at the business end of the season.

“Everyone is fantastic. We’ve got a squad of 22 players fit and ready to go, the only one is Zullo who is touch and go at the moment, I expect him to be back next game,” he said.

“We’ve got some options at left back, we’ve used David Carney, and we’ve unearthed another left back in Ben Warland who was excellent for us. I expect to win and a great performance tomorrow night.

“We’ve put ourselves in the position to win two trophies, we’ve got one and we got the other two before that,” he continued.

“The whole focus for me is about commitment to each other and the fight and about winning. I expect that to happen tomorrow night, it’s all about the next 10 weeks and making sure we get our performances to the greatest they can.”

Sydney FC take on Brisbane Roar at Allianz Stadium on Saturday night (7:50pm AEDT) following a Family Fun Day out, with a pre-match screening of ‘Ferdinand’ and a Cadbury Easter Egg hunt and more. Be there early, enjoy the fun, and back your Sky Blues.