Sydney FC star Milos Ninkovic said the Sky Blues were good value for their Westfield FFA Cup Quarter Final win on Wednesday night and said he expects the squad to lift the title in 2017.

The 2016/17 Johnny Warren Medal winner said lifting the Westfield FFA Cup in 2017 was the first item on Head Coach Graham Arnold’s squad’s bucket list, saying he expects the team to be overall even better than their record breaking squad of last season.

“I’m happy with our performance, we deserved to win,” Ninkovic said.

“I expect that we can be better this year, last year we signed six or seven new players but now we understand each other better.

“It was hard last season losing in the Final, but we didn’t think about it [on Wednesday night],” he continued.

“It’s the same if we played Western Sydney or Melbourne or Blacktown, we just want to be better this year and if we win the cup and all these trophies we will be better.

“First goal is to win the FFA Cup because Sydney FC has never won it. We were close last year but I think we will win this year.” 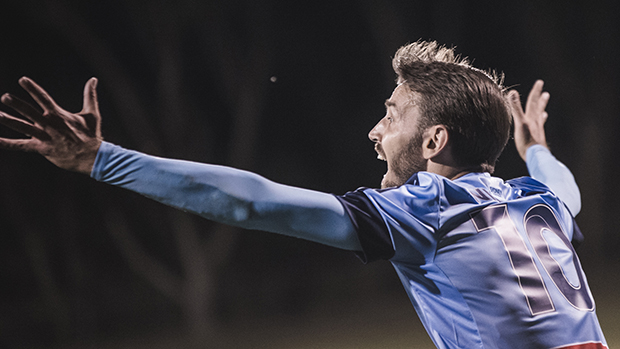 The Serbian midfielder had special praise for new signings Luke Wilkshire and Adrian Mierzejewski, with the latter receiving a standing ovation from the Sky Blues’ faithful following his substitution late in Wednesday’s clash.

“Adrian and Wilkshire, I thought they would need time [to settle in] but they were unbelievable [on Wednesday night],” he said.

“Adrian is different, he’s better with the ball, he’s a very good player. We lost some players like Filip who was unbelievable last year, he was very important, but I think we can be better this year.

“Adrian just came and Wilkshire as well and still we need time to understand each other, but I don’t think we will change [our style] this season, we did well last year and I think we won’t change anything.”

Sydney FC will find out their Westfield FFA Cup Semi-Final opponent next week following the conclusion of the two remaining Quarter Final matches.