Step aside Alessandro Del Piero, Milos Ninkovic has been heralded as the best No.10 in Sydney FC’s history following his Joe Marston medal winning performance in the Hyundai A-League 2019 Grand Final.

Step aside Alessandro Del Piero, Milos Ninkovic has been heralded as the best No.10 in Sydney FC’s history following his Joe Marston medal winning performance in the Hyundai A-League 2019 Grand Final.

Former Juventus and Italy star Del Piero lit up Australia’s top division with the Sky Blues between 2012 and 2014, scoring 24 goals in 48 games, but according to Sydney FC coach Steve Corica, Serbian Ninkovic is the club’s premier playmaker, as well as the greatest current marquee player in the league.

“He’s the best number 10 we’ve had at the club,” Corica said after seeing his side pick up the 2019 Championship following a penalty shootout win over Premiers Perth on Sunday evening. 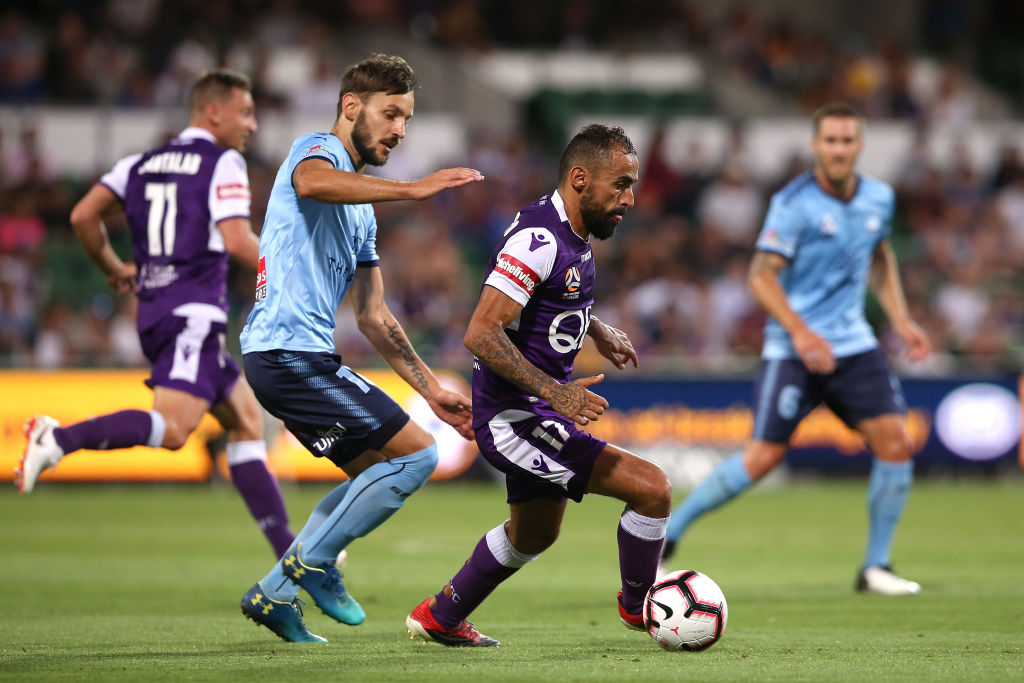 “He is the best marquee in Australia – not [Perth Glory’s Diego] Castro, he is.

“I told him that before the game. People thought Castro – he’s a top player as well – but this player here has won many trophies for this club and he’ll continue to do so.”

It was a good night’s work for Ninkovic, who picked up his fifth piece of silverware since joining the Sky Blues in 2015, as well as pocketing the prestigious Joe Marston medal.

Ninkovic has now won two Championships, two Premiers Plates and an FFA Cup since moving to Sydney in 2015. He also picked up the Johnny Warren Medal for 2016/17, the first Sydney FC player to do so.

The Belgrade-born 34-year-old becomes the third player from the Harbour City club to pick up the Joe Marston Medal since the birth of the Hyundai A-League in 2005/06, following in the footsteps of inaugural marquee Dwight Yorke (2006) and ex-Caltex Socceroo Simon Colosimo (2010).

Despite being lauded as the Grand Final’s best player, Ninkovic was quick to heap praise on teammate Andrew Redmayne, who saved penalties from Perth strikers Andy Keogh and Brendon Santalab to clinch the trophy for Sydney FC.

“When it’s a penalty shootout anything is possible,” Ninkovic said. “But Redders did a great job.

I think he is probably the best goalkeeper in the league – the way he has been playing this year was unbelievable. I knew he would save a minimum of two penalties.”