My Two Weeks At Arsenal – Redmayne

Sydney FC will once again take on the might of an English Premier League giant next month (July 13) when Arsene Wenger brings his Arsenal team to Sydney, to face the Sky Blues at ANZ Stadium.

It’s a game all of Graham Arnold’s men will cherish as a chance to test themselves against some of the world’s best players, but for one man it’s a chance to prove to the Gunners something they missed.

In 2006, during the London club’s final season at their famous Highbury ground, a fresh faced 16-year old named Andrew Redmayne flew from Australia to England for a two-week trial with the club, after an invitation from Arsenal legend Liam Brady.

“I was on a tour of England with NSWIS (New South Wales Institute of Sport) and we played an Arsenal youth team at their academy ground,” he explains.

“We won that game and when we got back to Australia, they got in contact and we started liaising with Liam Brady who was the youth development manager at the time.

“They flew myself and my mother back across and I spent two weeks training there.

“I can’t speak highly of my time and how much I was welcomed, it was unbelievable.

“I got a run with the under 16’s team in a competition game and we were put up in the same hotel as Nicklas Bendtner and his mum, who we got to know quite well.

“It was just after the ‘Invincibles’ season and I remember training with the reserves in a session that Fabregas was involved in.

“It was a surreal experience eating in the club dining hall with the likes of Thierry Henry, Freddie Ljungberg, Dennis Bergkamp, Robert Pires, Jens Lehmann and Sol Campbell.” 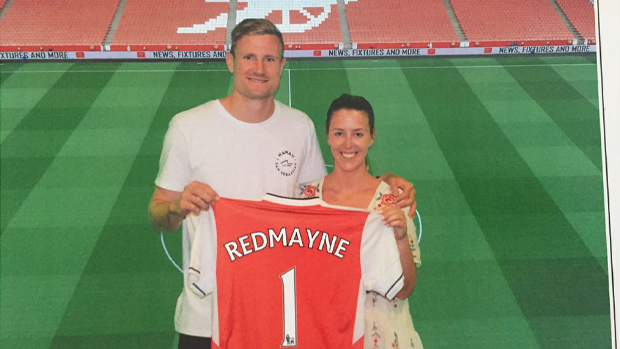 Having always been an Arsenal fan, the experience cemented the Gunners place in Redmayne’s heart and he recently made the pilgrimage to Emirates Stadium for the first time, during which he took a tour of the stadium.

“I was always intrigued by the Emirates Stadium and had never been, so when in London I thought it would be a good idea to get a different perspective to the one you see on TV and know more about what the players are going through,” he said.

“It was just all class and just how I observe Arsenal and the way they go about things, even the little details I didn’t know about.

“For instance, that the captain makes a decision on whether the players wear short sleeve or long sleeve shirts on game day and the players all have to abide by that.”

Redmayne will line up against his boyhood idols next month when Sydney FC come face to face with the North London club in the Sky Blues first game of pre-season.

It’s an experience he is looking forward to. 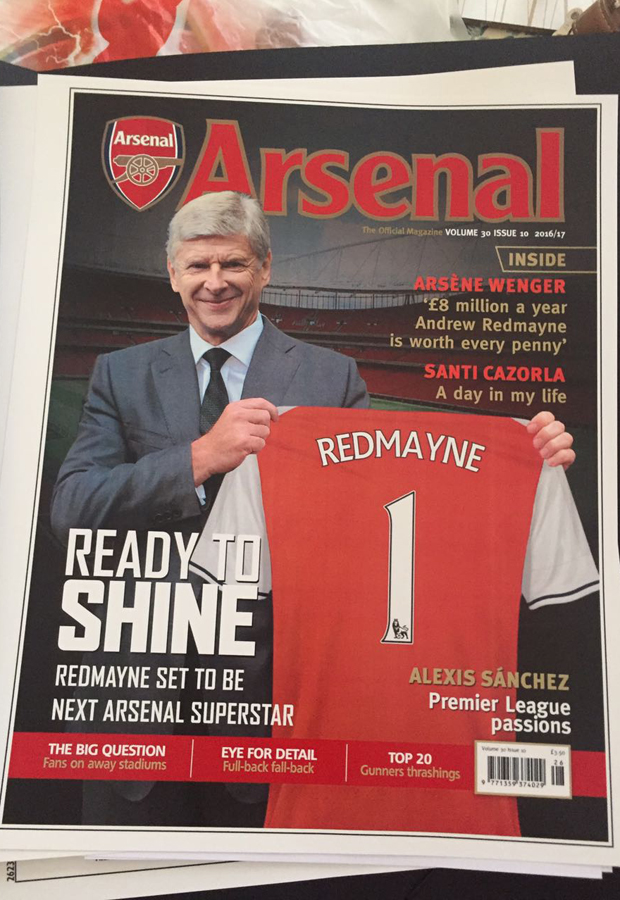 “It will be surreal to play against them and to be on the same pitch will be fantastic,” he said.

“But on the same note it’s the first step in our pre-season and we need to start with the end goal of going back to back this year, so we’ll be looking to win the game.

“At Sydney FC we always expect to win every game and this one will hold us in good stead for what is ahead.”