Jose Mourinho has promised to play a full strength Chelsea side against Sydney FC on Tuesday night and feels they have a responsibility to win for their huge legion of fans.

‘The Special One’ was at his charismatic best at Sunday’s official press conference at the English Premier League champion’s hotel overlooking Sydney Harbour.

Despite coming here after a long EPL season, Mourinho wants his side to put on a show – and even suggested they will “park the bus” to get a result.

“When the opponent has the ball you have to park the bus all the time, if you don’t concede goals you have more chances to win,” Mourinho said to a huge media throng at the Park Hyatt Hotel.

“I can give already to the coach Arnold [my team]. The front three I will play will be [Loic] Remy, Diego Costa and [Eden] Hazard.

“If we park the bus with these three [in attack] I’m sure we will be ok.”

The Blues arrived to a huge reception at Sydney airport on Sunday morning, just hours after beating a Thai All-Stars XI in Bangkok.

And there will be no taking their foot off the throttle now, especially against a Sydney FC outfit that took the game to Tottenham on Saturday night.

“We want a very good match. We feel always responsibility. You cannot lose, you cannot just play for fun, you have to go for a result.

“We are still celebrating [the EPL title] yes, we are already thinking about next season yes, but Tuesday is our last game of the season as a club.

“We want to compete, we want to try and give a good show.

“It’s very important for us as a club, it’s been a very long time since Chelsea has been here and to come just a week after we are champions is even a bigger responsibility for us.” 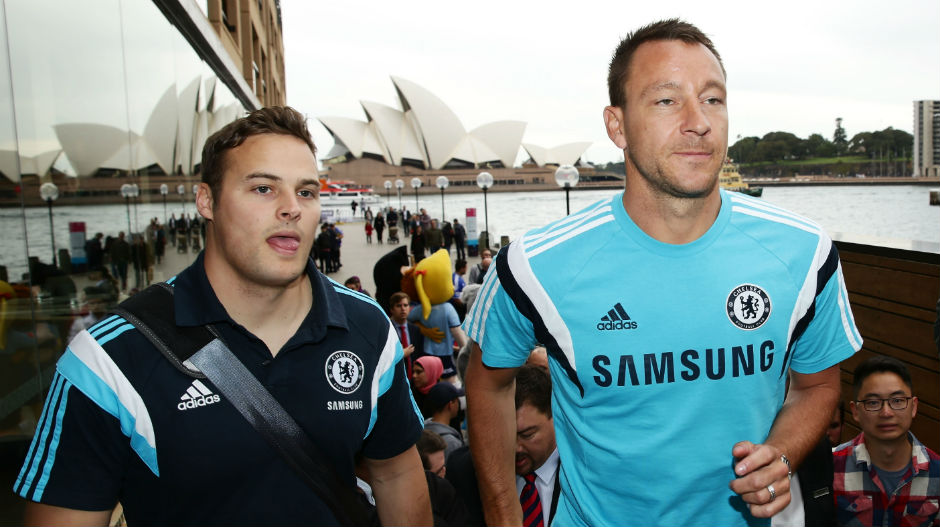 Asked what he knew of the Hyundai A-League and Sydney FC, Chelsea skipper John Terry said: “We’ve watched little bits, a couple of players have come this way from the UK as well.

“We’ll watch the game they played against Spurs as well to get a better feel.

“We know the standard will be very good and it will be tough in front of a very hostile crowd as well, supporting both sides we hope.

“We had Schwarzy [ex-Socceroos goal-keeper Mark Schwarzer] there who told us about it every day.

“When you do see it and look at the stadiums and the fans they are real passionate, very much like the English supporters.”