The first to don the number 10 jersey since Alessandro Del Piero, Sydney FC midfielder Milos Ninkovic proved an influential figure in the Sky Blues’ set up during the Hyundai A-League 2015/16 season.

After announcing himself to the league with a stunning late Sydney Derby winner in round three, Ninkovic established himself as a lynchpin and focal point in the Sky Blues’ attacking advances, with his quality in distribution a stand out during his first season in Australia.

The Serbian made 1,037 passes over the 25 Hyundai A-League games he played, finishing with a passing accuracy of 82%, as the creative midfielder averaged 49.54 passes per 90 minutes of gameplay.

In total Ninkovic created 29 chances, notching five assists, as the number 10 saw himself on the scoresheet on four occasions with two strikes, including a sublime back heel, coming against Melbourne City and a tap in against the Glory joining his Derby winner on the highlights reel.

When deployed in a deeper midfield role and tasked with defensive duties Ninkovic performed well, making 45 tackles for a completion percentage of 71%, while also making nine clearances, five blocks and 36 interceptions.

With a solid first season behind him, Ninkovic will be looking to build on these numbers in a renewed chase for silverware in the Hyundai A-League 2016/17 season, kicking off on Saturday 8 October. 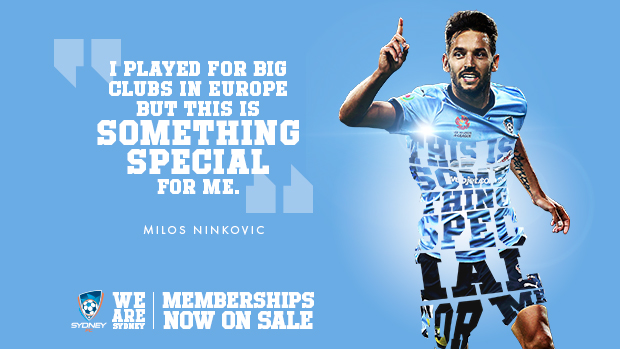