Melbourne Not A Walkover – Bobô

The frontman was on the scoresheet when Sydney FC defeated Victory 3-0 earlier this month; a score which was the club’s sixth consecutive win over their Big Blue rivals.

However, events since that day have given the Melburnians some renewed vigour and the Brazilian believes they won’t lie down again.

“We all saw the 7-0 trouncing they got from City a couple of weeks back, but they’ve since got a new coach, had players return from injury and smashed five goals against the Wanderers.

“Sometimes teams regain their hunger when they have a change of Head Coach and I’ve no doubt they will come to Jubilee Stadium ready to test us.

“It’s a Big Blue and they are always fiery games, as we know.  Last time there was a sending off and I’m expecting a this to be a difficult affair.” 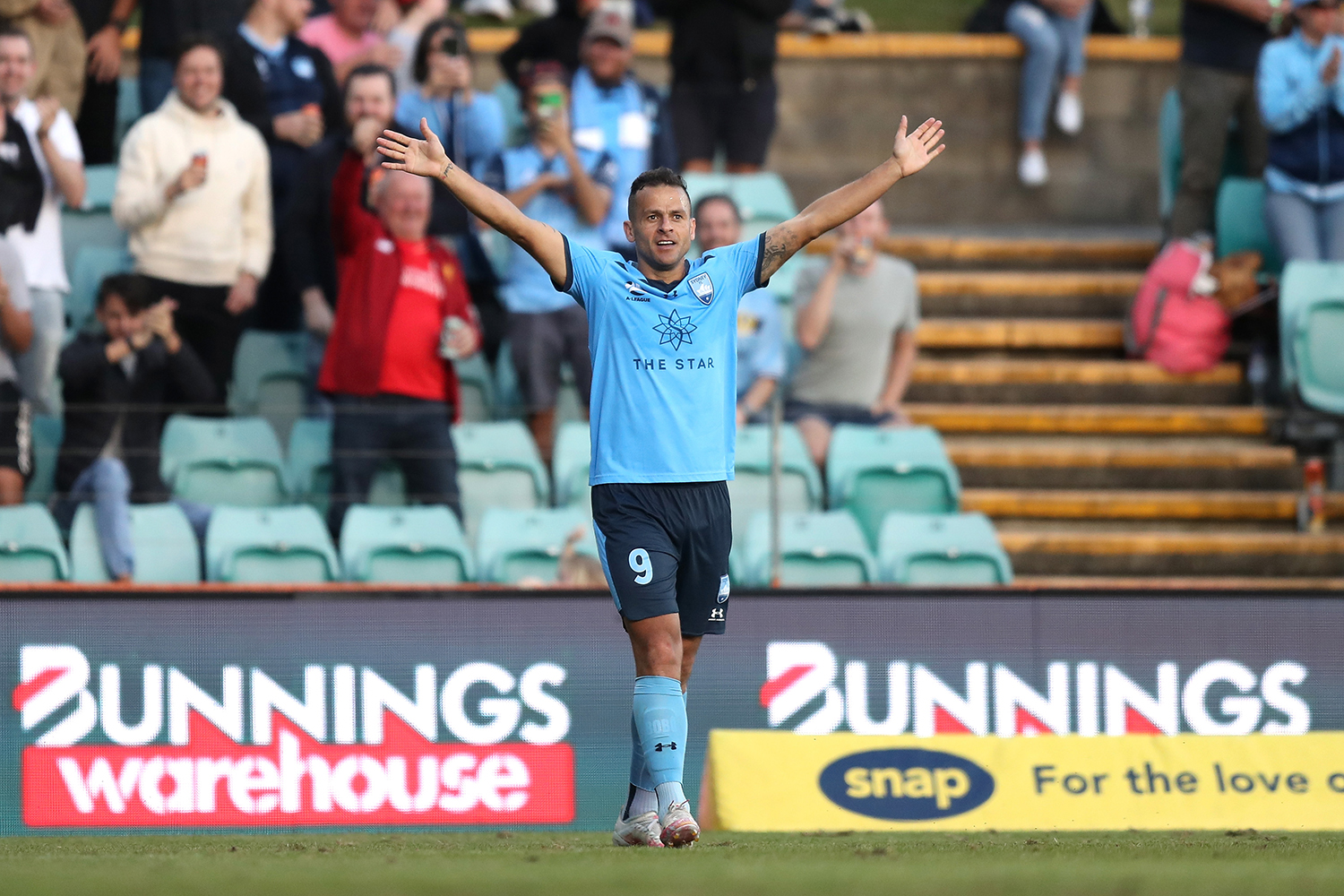 A win for Sydney FC would equal our own record of seven consecutive wins in the fixture (including Finals Series) set during the 2016/17 and 2017/18 seasons.

Bobô himself has won seven out of eight matches he has played against Victory.

“I have been very fortunate in this fixture but I cannot see our run going on forever, which is why we need to be even more vigilant because Victory will make a game of it for sure.

“My own form is good at present and I felt very unlucky not to have two more goals to my total after Saturday’s match against Mariners.

“I feel like I’ve settled back into Sydney very well and I have more goals ahead I am very sure of it.

“I hope it will be on Tuesday night.”

The Sky Blues will have Socceroos full back Rhyan Grant back from suspension for the match while goalkeeper Adam Pavlesic deputises on the bench for Tom Heward Belle who has an ankle injury.