Matildas star: ‘We can inspire Australia’

Westfield Matildas striker Leena Khamis says the team’s popularity is surging and along with other Matildas is doing fabulous work in the community inspiring new fans and players and reaching out to those doing it tough.

Since returning from the FIFA Women’s World Cup in Canada, the likable 29-year-old Sydney FC striker has been hard at work in the community, flying the flag locally as the Matildas’ brand continues to grow.

Along with fellow Matilda Nicola Bolger, Khamis has been visiting schools and hospitals to spread the football message but also offer comfort to those in need.

Similarly, Matildas defender Alanna Kennedy is another active in the community. Her visit to the All Saints school in Liverpool was, I’m told, met with a rapturous reception.

One patient’s reaction from Khamis’s recent visit to the Royal Rehab College  (the Rehabilitation and Disability Support Network) was particularly memorable and sums up the effect the players can have and the growing brand awareness of the Matildas.

“It was a cold day. I met a patient and we were outside the college and she really liked my Matildas jacket. It was just my instinct to take it off my back and give it to her.

“Seeing the look on her face made it worth it and I know she’ll love it. She could not wipe the smile off her face which makes me happy.”

Khamis spoke with www.footballaustralia.com.au at the launch of the FIFA 16 cover, featuring for the first time a Matilda in Stephanie Catley alongside Messi and Cahill.

It’s a sign of a sea-change in women’s football both locally and globally.

“They’ve got a good pathway now so I want to give back to the community and the game that’s given me so many opportunities and life experiences as a player.

“Coming back from the World Cup we got such a good reception. More and more people are talking about the Matildas.

“People are stopping me in the street and saying they are actually enjoying watching women’s football and the World Cup. More and more people want to meet the Matildas and that makes you feel good.

“When someone comes up to you and says well done for the World Cup it’s a great feeling. Without the fans it’s not much of a game.” 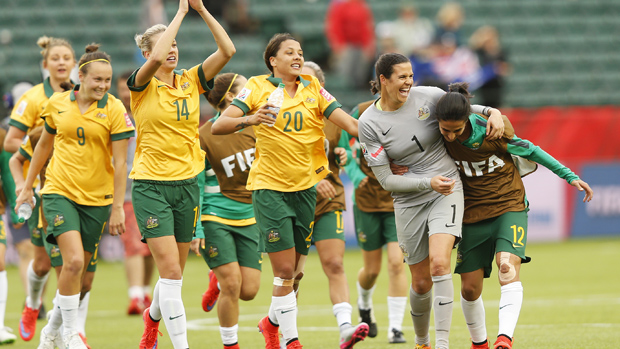 Khamis knows how far the game has come from a decade ago when she made her first steps into football. But there is still a long way to go.

“Ten years ago we had none of this. Hopefully it only gets bigger. Hopefully one day it’ll be recognised like it is in America,” she says of women’s football upsurge in Australia. But she also has a warning.

“If you look at the top ten nations in the world, it’s so competitive. Countries like Spain are slowly getting to that point.

“We can’t be complacent we’ve got to keep competing and it all starts at the grass roots.  So obviously support from sponsors helps. The young girls these days have such a great pathway now; unlike me ten years ago.

“Now we have a W-League competition it’s only getting bigger and hopefully in ten years’ time it’s even better.”

To that point, the Westfield W-League is now part of Fox Football’s summer of coverage (kicking off in October). And Khamis is excited to be part of a new era in W-League footy.

“Can’t wait! I missed last season due to injury. In the past we’ve had a few A-League double headers and the reception we’ve gotten from A-League fans is awesome for us.

“Now to see it live on Fox Sports that will build the game even more.”

Despite being on the fringes of the World Cup in June (“it was difficult” she concedes), Khamis has another national team goal. 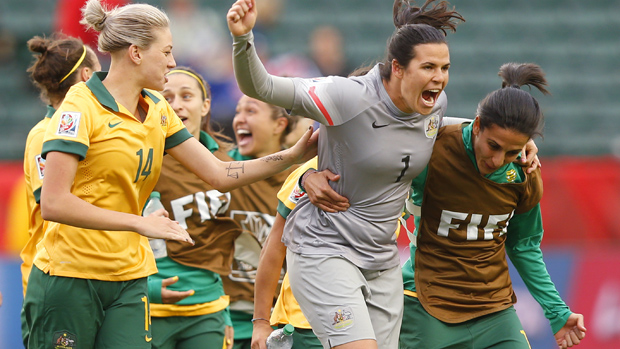 If the Matildas can negotiate a tricky Asian qualifying tournament early next year (understood to be a round-robin with top two going through), the Green and Gold women will be off to Rio 2016 next August.

With the W-League finishing on January 31, the team should be in good shape to compete against Asia’s best (unlike four years ago when the Aussies came off the 2011 World Cup and, disappointingly, were unable to qualify for London 2012).

“We are a different team now, better, stronger, fitter and we have better preparation this time.

“And I’ve never been to Brazil. Who doesn’t want to go to Rio?” asks Khamis, with her trademark big smile.