The 21-year old, who already has 50 caps for her country, is one of Australian football’s brightest female talents and returns home to the club where she made her Westfield W-League debut and won the 2010/11 Premiership and 2012/13 Championship.

Foord has been a virtual ever-present for the Matildas since making her debut in 2011 and has also won the FIFA Women’s World Cup Best Young Player and Asian Young Footballer of the Year awards.

The attacking midfielder believes a return to wearing Sky Blue will reap rich rewards this season.

“I’m really excited to be back home and can’t wait to put the Sky Blue jersey on again,” Foord said.

“My family love to watch me play and I love having them in the crowd so being back in Sydney FC colours gives them the chance to watch and support me.

“I’m as hungry as ever to take out the title this year and I think the environment at Sydney FC is perfect for winning silverware.” 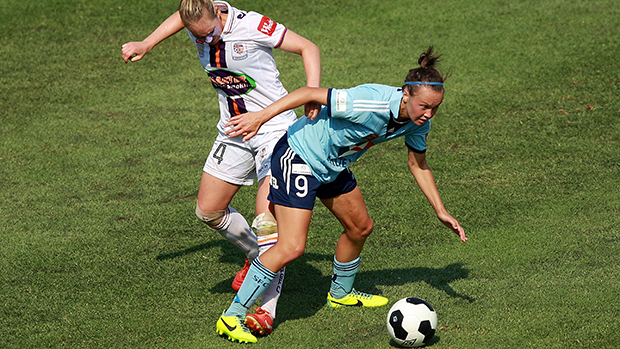 Sydney FC Westfield W-League Head Coach Dan Barrett said he was excited to secure the services of one of the Matildas’ brightest players.

“Caitlin was our major target in the off season,” Barrett said.

“She is pivotal to how we play, I have looked to put together a squad with real versatility and Caitlin gives us this by being able to make an impact in more than one role.

“Of all the great players that we played against in last season’s W-League, both locally and abroad, Caitlin was the player I feared playing against the most.

“I’m so excited to bring her back home to Sydney FC and look forward to the contributions she will make.”

The Sky Blues’ squad will also boast a wealth of skill, with current Westfield Matildas and Rio 2016 Olympic stars Alanna Kennedy and Kyah Simon joining Foord in the line-up this season. 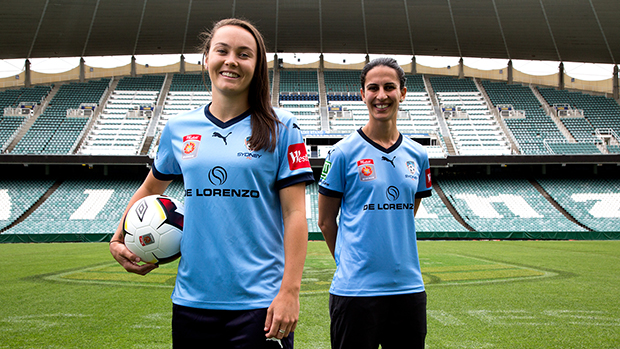 Georgia Yeoman-Dale joins from the Newcastle Jets as another player who has represented the Matildas, with the squad containing 13 players who have featured in either the senior or youth national team.

The Sky Blues go into the season hoping to continue their proud record of being the only club to appear in every Westfield W-League Finals Series to date.

“I’m very excited about the squad for this season,” Barrett said.

“We have ticked all the boxes regarding meeting our objectives of depth and versatility. We have added and welcomed back quality players, many of whom can play and contribute in more than one role.

“The depth is key not only for cover but it adds that real competition for starting places each week.

“This is healthy and will help us drive forward and raise the bar around our standards and expectations that have been in place since the team’s inception.

“I will look to add possibly 4 other key signings in the coming weeks.”

Barrett also thanked the Sky Blues’ sponsors for their unwavering support ahead of season 2016/17.

“It’s great to have three fantastic sponsor on board as well,” he said.

“Workplace Law and University of New South Wales are new to W-League while De Lorenzo Haircare in particular have gone further this season and will be proudly displayed on our front of shirt.” 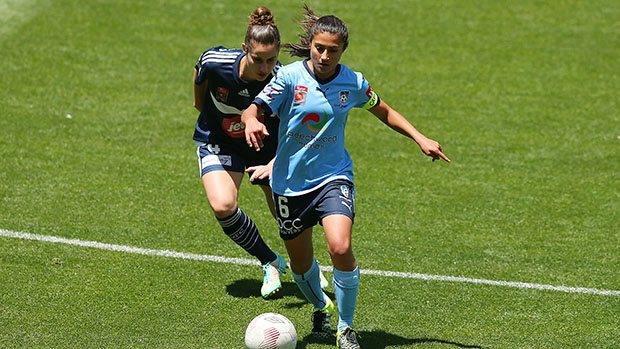 Sydney FC Westfield W-League captain Teresa Polias said she was impressed by the squad on offer for the 2016/17 season.

“I think our coaching staff have done a great job recruiting this season,” Polias said.

“It’s always a positive sign when you keep the majority of the squad from a successful season and I believe we have more than enough quality to go one better this season.

“It’s fantastic to have Caitlin back as well,” Polias continued.

“She adds a lot of experience and quality to our team.”

Sydney FC kick off their Westfield W-League season away to Brisbane Roar at Dunmore Park on Saturday 5 November (kick off 5pm).