Sydney FC will be hoping they can start to turn Leichhardt Oval into a home fortress when they welcome Adelaide United to the venue for Friday night football.

The Sky Blues will play their second match at their temporary home ground, with the first game there a 1-1 draw with last-placed Central Coast Mariners.

Head Coach Steve Corica’s men do bring winning form into this one after last weekend’s hard-fought 1-0 triumph over Wellington Phoenix.

There were signs in that match that Sydney FC’s new-look attack could soon catch fire, although it took Adam Le Fondre’s powerful penalty to take all three points.

That was Le Fondre’s 14th goal of the campaign to pull two goals clear at the top of the Golden Boot race and he’s the man Adelaide’s patched-up defence will need to stop.

The Reds did a good job at the back to keep Newcastle Jets goalless in their 0-0 draw in the Hunter on Sunday.

But Marco Kurz will hope his team can ask more questions at the other end of the pitch if they are to get a result which will give them some breathing space in the top four.

While the Reds beat Sydney FC in the FFA Cup final at the end of 2018, the Sky Blues have managed a win and draw from the two clashes in the Hyundai A-League this season.

The Sky Blues head into this one unbeaten in their last six home games in the Hyundai A-League, although the Reds haven’t lost any of their last four games on the road, so something has to give. 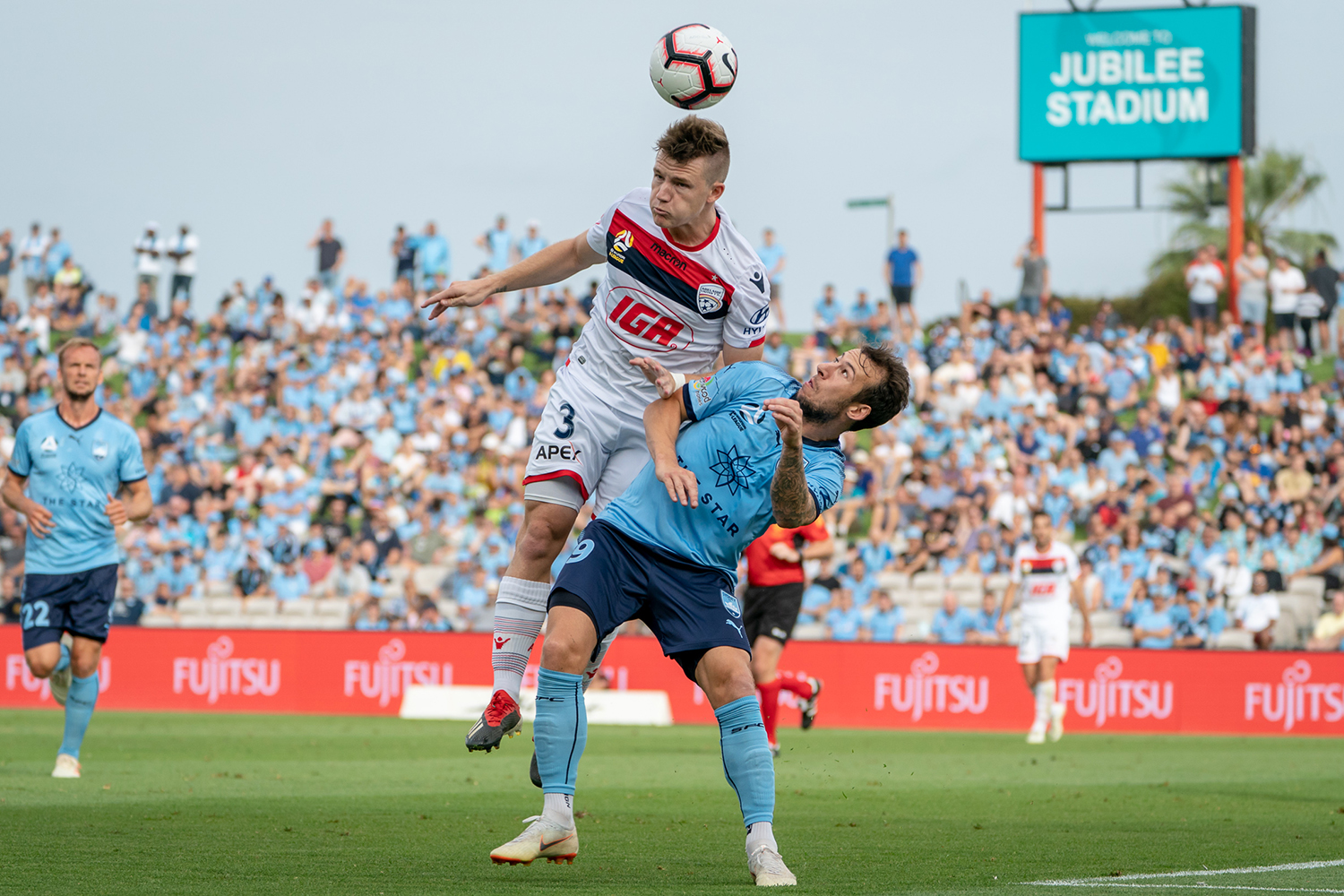 HEAD HERE to get your tickets as the Sky Blues look to close the gap on league-leaders Perth when they take on the Reds on Friday night at Leichhardt Oval.