Sydney FC will be out for FFA Cup Final revenge when they host Adelaide United at Jubilee Stadium on Sunday evening.

That clash at Coopers Stadium was an enthralling end-to-end match and a repeat is possible in Kogarah as Sydney FC look to bounce back from a 3-1 loss at Perth Glory on Wednesday evening that ended their run of four straight wins.

Adelaide, on the other hand, won on Wednesday, toppling rivals Melbourne Victory 2-0 as, perhaps ominously, Craig Goodwin scored another goal.

Sydney FC have had no problems scoring in recent weeks and the Sky Blues have history on their side – Adelaide United have not beaten them in the Hyundai A-League since April 2016 when a Bruce Djite double gave the Reds a 2-0 away win. 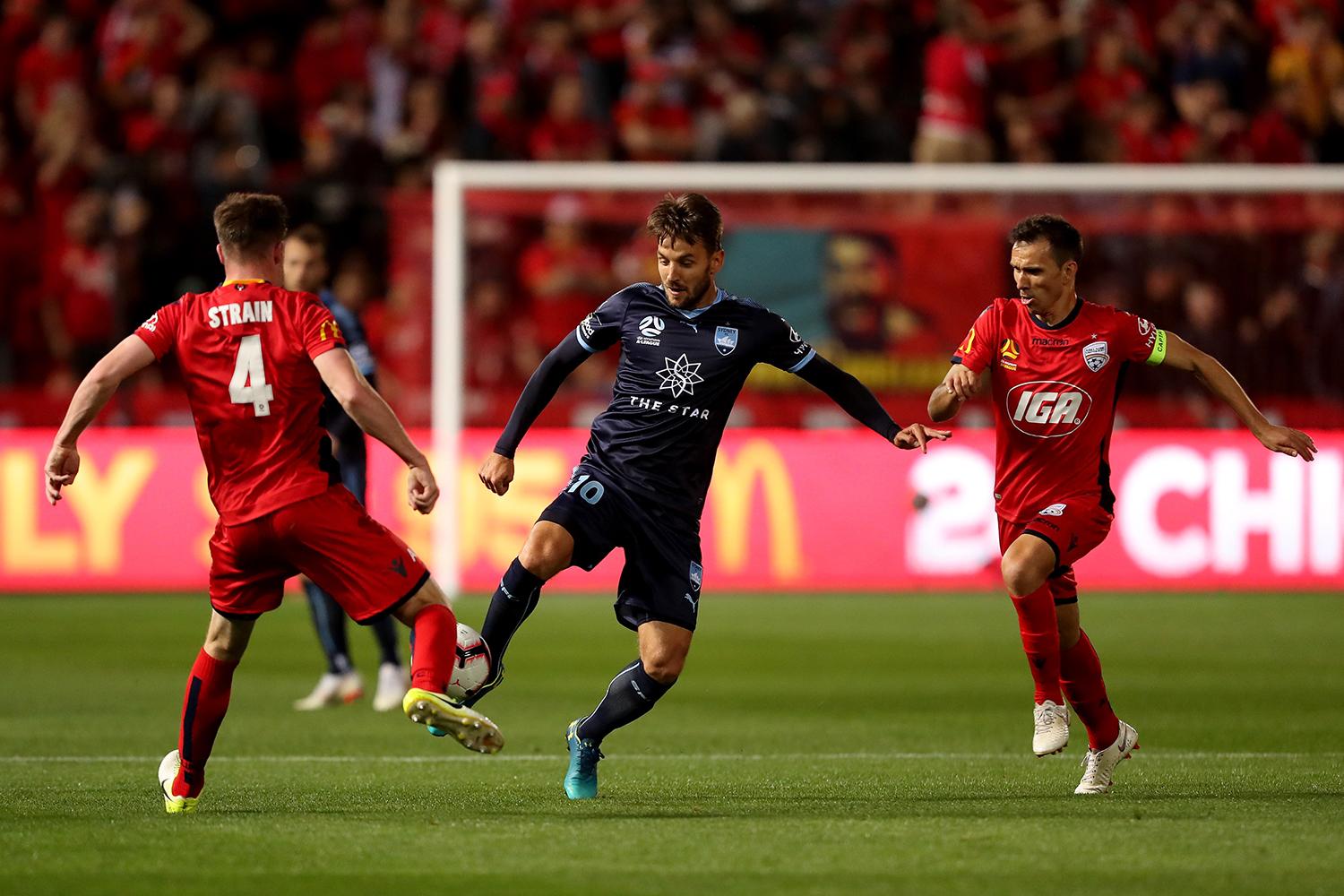 Let the Sky Blues entertain you in a great evening of football at Jubilee Stadium! Be there as Sydney FC battle Adelaide United. Don’t miss this one, secure your seats today here.