Sydney FC travel to HBF Park for the second time in less than a month as they take on Perth Glory in a crucial Hyundai A-League blockbuster.

Adam Le Fondre became the fastest player to reach 10 goals in the Hyundai A-League with his goal against the Mariners on Friday night, and is supported by Sydney’s all-star cast which is looking stronger by the minute as key figures return and stocks are bolstered.

Glory maintained their three-point lead at the top of the table with their impressive 4-2 win over a 10-man Brisbane Roar on Sunday, despite trailing 2-0 at the break.

But Popovic’s side experienced their first and only loss of the 2018/19 Season against the Sky Blues back in Round 9, when goals to Le Fondre and Daniel De Silva saw Sydney come away from the west with a 2-1 victory.

Perth are without Chris Ikonomidis, who is missing due to the AFC Asian Cup UAE 2019™, but will have to manage their squad with a busy Summer of Heroes schedule ahead.

This top of the table clash may go a long way in deciding who holds the Premiers’ Plate come the end of the season. 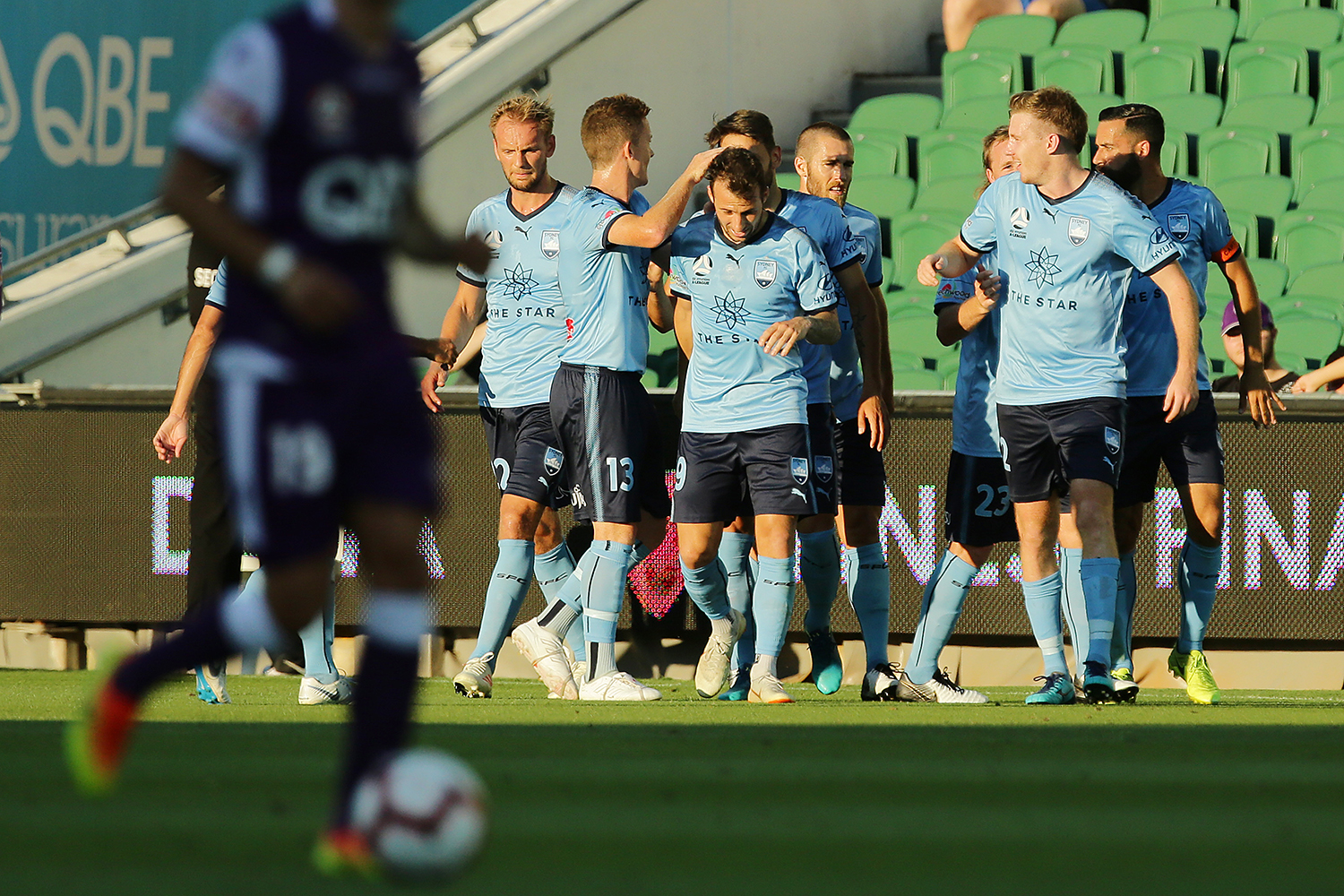 #WatchWithUs LIVE at our Official Home Away from Home at The Star, Sydney, tune in to Fox Sports 505 from 10pm AEDT or stream live on the  MyFootball Live App. Live Fast and Data Free for Telstra mobile customers.