A Shane Smeltz goal on the stroke of half time and a first ever strike from George Blackwood put the Sky Blues in the ascendancy in the first half and the visitors went onto create numerous chances which they couldn’t put away.

The misses were punished with just a few minutes remaining on the clock when Roy O’Donovan and Harry Ascroft struck twice to equalise. 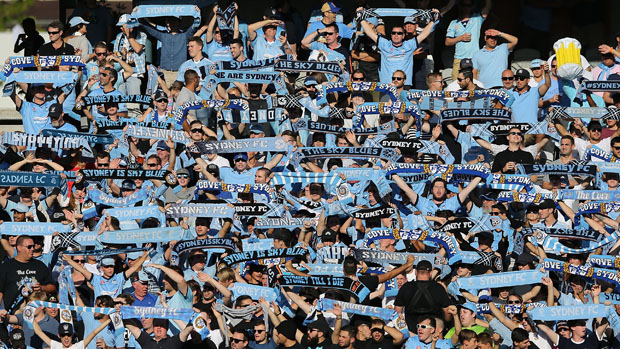 Graham Arnold: “You can put the last ten or 15 minutes down to fatigue with the amount of travel we’ve had to do but at the end of the day we should have been four or five up and we let them back into the game.  So we punished ourselves again and an individual error has cost us three points.

“Top six chances are still alive. We’ve got three games to go and two games at home which we have to win.  We have to stop making these mistakes which are killing us and if we stop making them then we’ve shown all year we are good enough.”

11’ BLACKWOOD GOAL – A neat pirouette from Tavares leaves two Mariners midfielders in his wake.  He feeds Blackwood who drives into the Mariners half and unleashes a ferocious shot from 20 yards right into the bottom corner of the net.

45’ SMELTZ GOAL – O’Neill plays the ball through to Smeltz who cuts the ball back inside of his defender, just inside the box, and curls a left foot shot into the far corner to double the lead on the stroke of half time.

86’ O’DONOVAN GOAL – Sydney FC give the ball away in midfield and the Mariners make a break down the right hand side and cross to the back post where O’Donovan volleys home.

90+1’ ASCROFT GOAL – Ascroft receives he ball on the edge of the box, turns and takes a shot which slips through Janjetovic’s fingers and into the net. 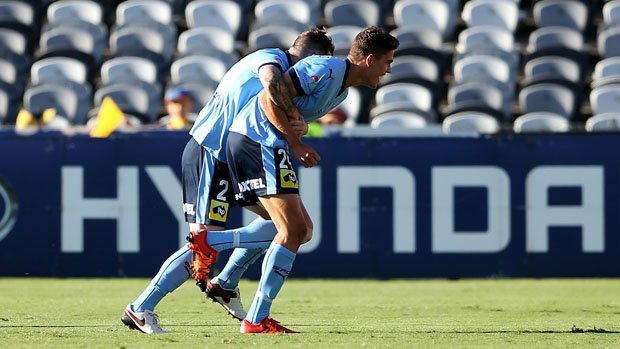 8’ JANJETOVIC SAVE – A left wing corner from the Mariners is flicked on and headed down to O’Donovan who turns sharply to shoot two yards from goal but Janjetovic widens his frame and the ball strikes his chest before he drops on it.

19’ BLACKWOOD CHANCE – A ball over the top is missed by keeper Izzo who came out of his box and Blackwood latches onto it but he is outside the box at a tight angle and can only hit the side-netting as the goal gaped.

22’ TAVARES SHOT – Holosko’s cross is cleared to Tavares on the edge of the box but his side foot shot goes just wide.

30′ BLACKWOOD GOAL DISALLOWED – Smeltz heads the ball down to Blackwood who finishes past Izzo but the flag is raised for offside against him.

37’ IZZO INTERCEPTION – Blackwood does well to get free on the right and lifts the ball to Smeltz at the back post who has an easy tap in but keeper Izzo gets his fingertips to the ball to deny.

46’ O’DONOVAN CHANCE – O’Donovan gets clear behind the defence but Zac Anderson is back quickly to deflect a shot which is still going towards goal but Janjetovic gets a palm to it.

49’ CLEARED OFF THE LINE – A scramble in the box falls to Holosko who feed Smeltz and the striker shoots at an empty net but Ascroft is back to slide and clear off the line.

68’ HOLOSKO SHOT BLOCKED – O’Neill feeds Carney on the left who pulls the ball back to Holosko but the Slovakian’s side foot shot is on target but is blocked.

Sydney FC Head Coach Graham Arnold made five changes to the side which beat Pohang Steelers 1-0 in the AFC Champions League midweek. David Carney, Jacques Faty, Shane Smeltz and Rhyan Grant all returned to the side having been rested from the travel to Korea, while Brandon O’Neill swapped with Milos Dimitrijevic who moved to the bench. Matt Jurman dropped out with groin soreness and Zac Anderson retained his place in the starting line-up.  Matt Simon, Ali Abbas, Ivan Necevski and Robert Stamobolziev made up the remainder of the bench.