Luke Brattan To Miss Out This Weekend

Sydney FC midfielder Luke Brattan has been ruled out of this weekend’s derby clash with Macarthur (kick off 4pm) following a knock to the head during the Sky Blues match against Melbourne City on Tuesday night.

Brattan fell awkwardly, hitting his head on the turf and was substituted following assessment by the club’s medical staff.

The decision has been taken to rest the 30-year old ahead of the game.

“You can’t take any risks with this situation,” said Head Coach Steve Corica.

“As much as I know Luke wants to play, we will have to do without him this weekend.

“We have to take every precaution to look after our players and we look forward to Luke being available for our next game.

“We have a fantastic squad at our disposal and I’m certain whoever comes in will do their job well.” 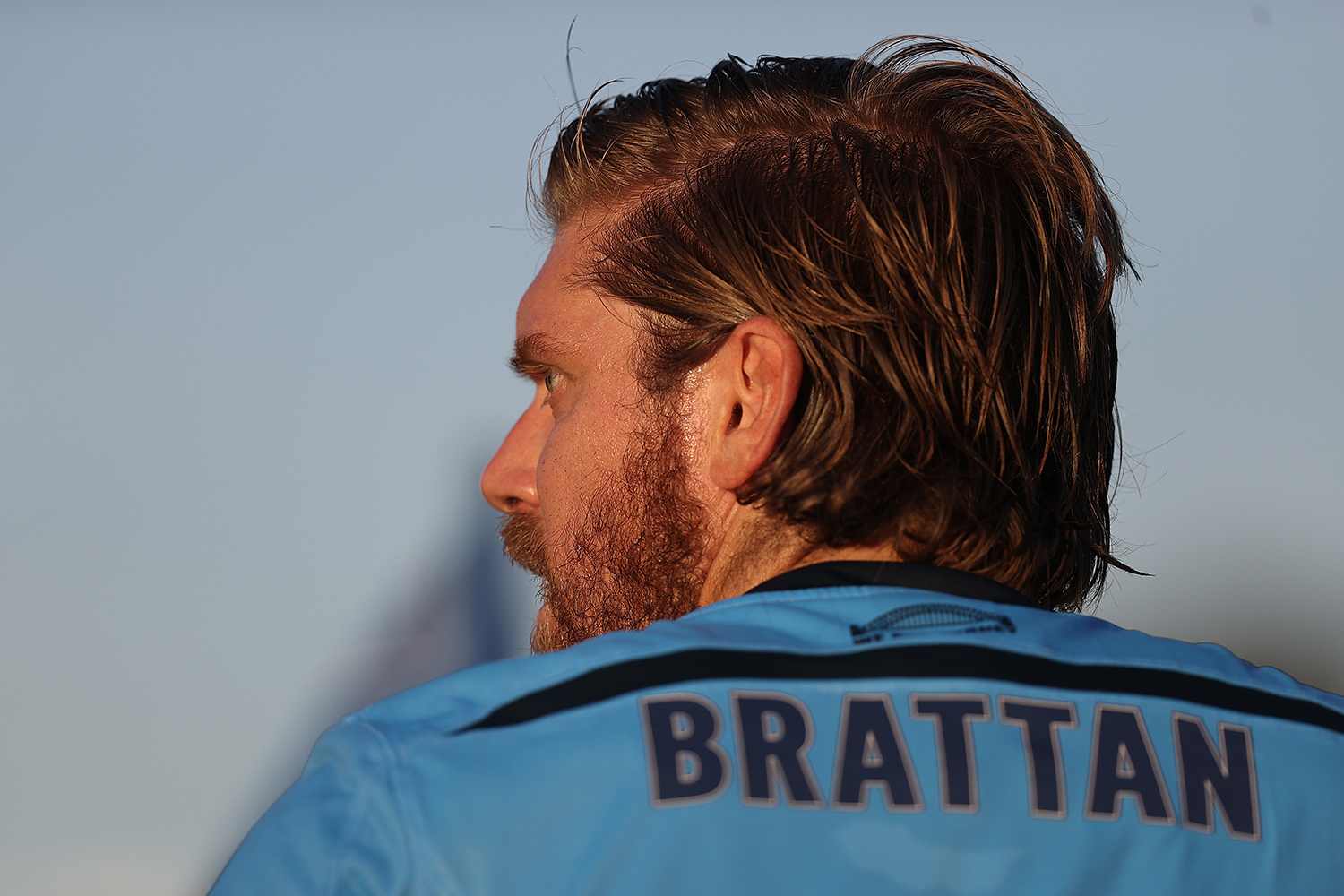 Goals from Milos Ninkovic and a brace from youngster Pat Wood did the damage over the Sky Blues’ Campbelltown neighbours and Corica believes they will be looking for revenge.

“I’m sure they will want to get one over us following the win we had at their home ground, so we will have to be up for the challenge,” said Head Coach Steve Corica.

“It’s our home ground advantage this time and we need our Members and fans to come out in force.

“We also want to bounce back quickly from our midweek loss, so I’m getting ready for a fantastic contest.”

General admission tickets for Sky Blues and Macarthur fans start from at $25.