Lowe Out To Silence Doubters

Sydney FC youngster Rachel Lowe is out to use the Sky Blues’ Premiership win to silence the doubters in Sunday’s Westfield W-League Grand Final at Netstrata Jubilee Stadium.

Head Coach Ante Juric’s squad have been written off numerous clashes this season, however after losing only two games all season to claim the Premiers Plate, Lowe believes the squad are full of confidence ahead of the decider.

“Outside media have sometimes written us off during the season so to come away with the Premiership was a statement to the league and to those not backing us,” she said.

“We take a lot of confidence from that and we’ll bring that in to the Final.

“We’re a young team, the youngest on average in the comp. We’re an energetic bunch and we’re all excited.

“The older girls are keeping our feet on the ground and focused on the game but we’re all super excited.

“It would be awesome to get the double. Winning the Premiership was super exciting but to win the Grand Final would top off a great season and it’s something that all the girls want to achieve.” 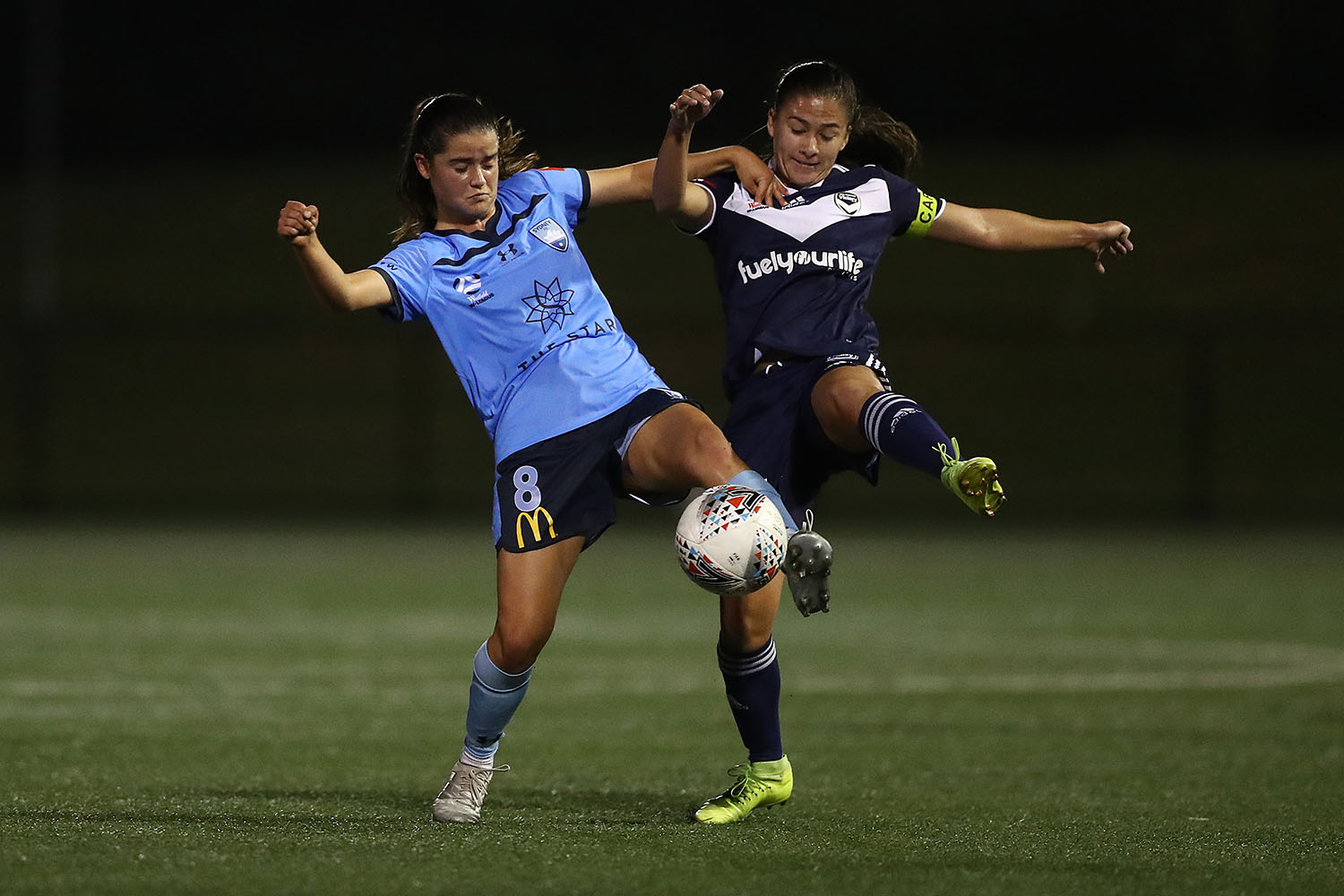 The Sky Blues defeated Melbourne 2-1 to clinch the Premiership in Round 14 at Cromer Park, however Lowe is expecting a completely different match come Sunday.

“We beat them at Cromer last week so we’ll take the positives from what we did in that game into this game.

“It’s Finals football though so anything can happen, we just need to play like we’ve played all season.

“They’ve got a great team with great players, with lots of attacking threats,” she continued.

“What we did well at Cromer was not give them space and limit their impact on the game. If we can stick to our game plan and nullify them we’ll come out on top.”

Sydney FC are in Westfield W-League Grand Final action at Netstrata Jubilee Stadium on Sunday (kick off 4pm AEST). Be there to back your Sky Blues to the double.