Sydney FC’s community team organised a clinic for 775 primary school students in the Canterbury District Soccer Football Association (CDSFA) on Friday 16 March as part of the ASEAN Football Exchange Program that took place throughout the week.

It culminated in the Young Matilda’s match against the U19 Thailand National Women’s team at Leichhardt Oval on Friday afternoon.

The clinic went for an hour and was overseen by the Sydney FC Community Team, as well as thirty-four coaches from SEDA College who each ran a training station for the students. The boys and girls were given the opportunity to rotate between four different stations, two of which were varying small sided games, while the other two stations were focused on either running with the ball, first touch or passing. 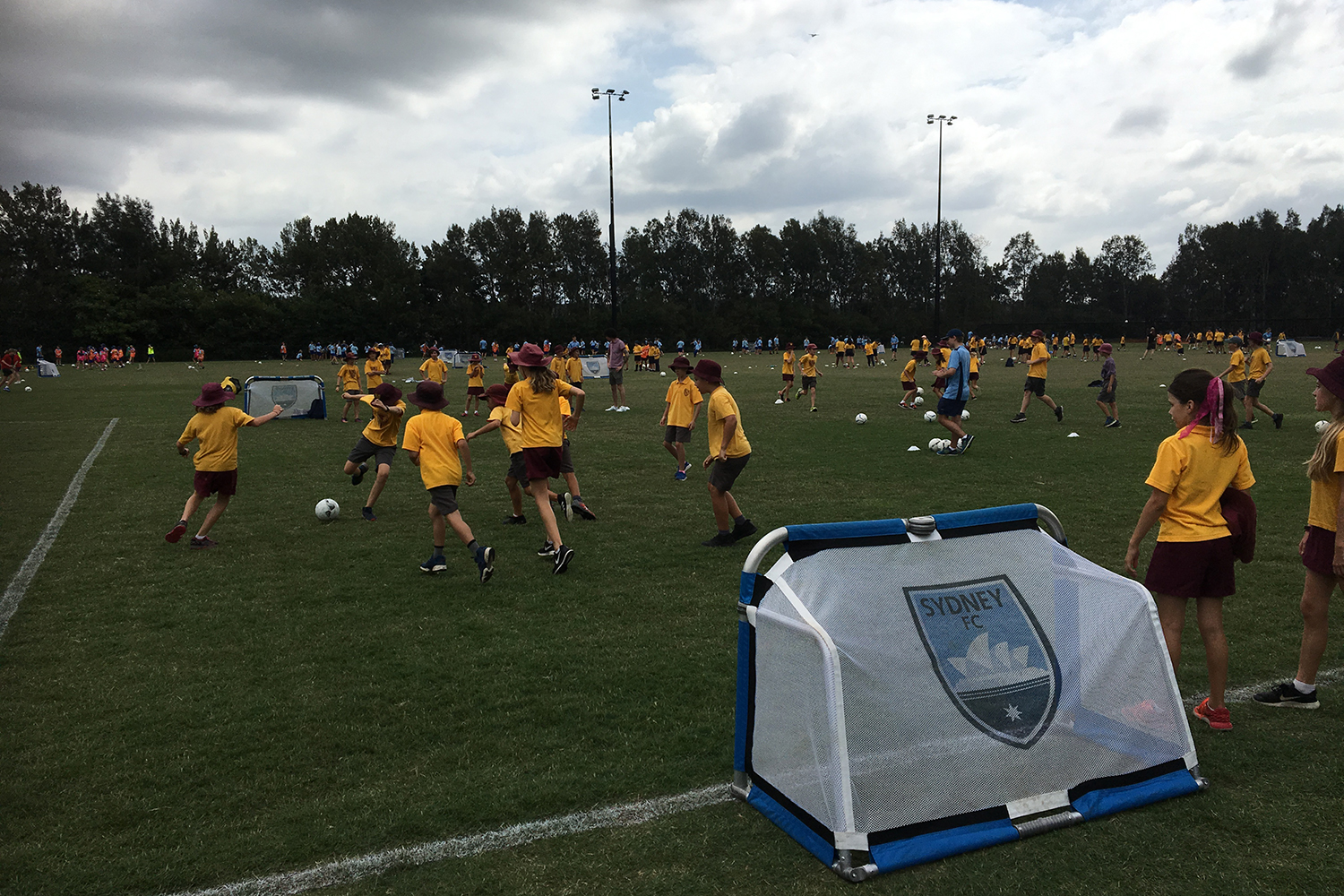 “It was great to see so many girls and boys from 8 different schools playing football with a smile on their face in the lead up to the Young Matildas match,” Community Football Manager and former Sky Blue midfielder Paul Reid said.

“Football is a sport that brings everyone together and this was definitely evident at the clinic Sydney FC ran as part of the ASEAN Football Exchange Program. The fun and excitement that the students displayed at the clinic as well as when they were spectators at the Young Matildas match was definitely a highlight,” he said.

Sydney FC’s football clinics will be running throughout the autumn school holidays and are a great way for children to foster their love of football all the while making new friends and developing their ability.