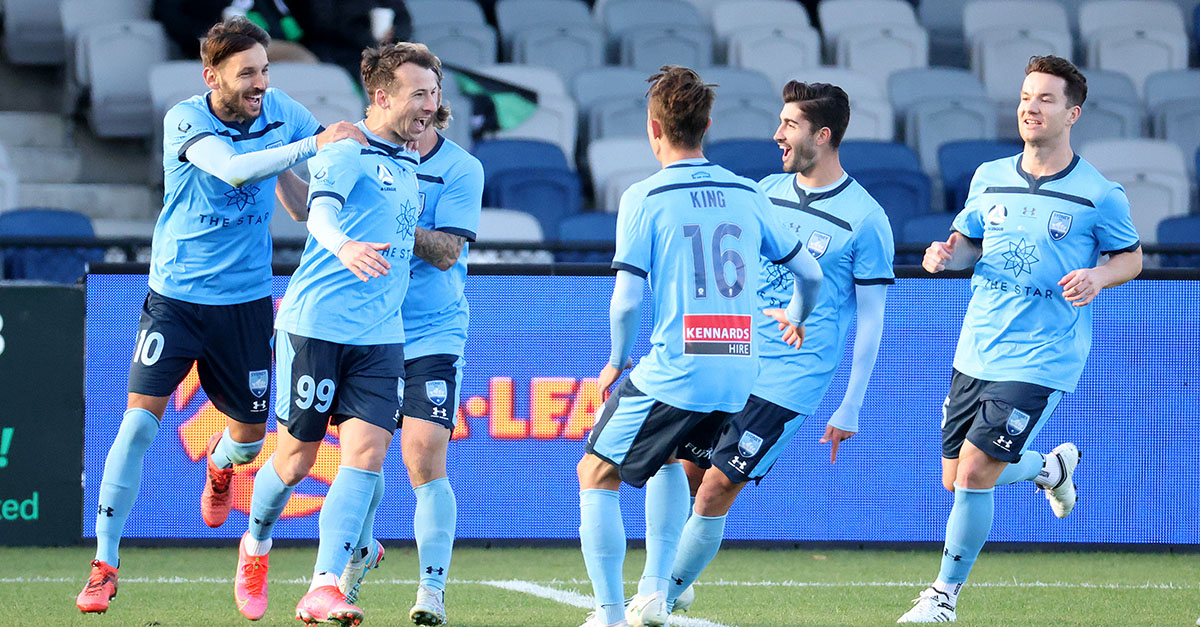 Adam Le Fondre marked his return to Sky Blue in style, scoring a crucial second half penalty to secure a deserved three points against Western United on Saturday afternoon.

Adam Le Fondre marked his return to Sky Blue in style, scoring a crucial second half penalty to secure a deserved three points against Western United on Saturday afternoon.

Sydney FC have secured a deserved three points in Ballarat, following a 1-0 win at MARS Stadium in an early Saturday afternoon kick off.

The Sky Blues dominated possession and carved out a number of chances in both halves, amassing 15 corners in the process, with Adam Le Fondre scoring a crucial penalty in trademark style after a lengthy VAR check with a quarter of the match remaining.

Trent Buhagiar was lively in his first start since Round 6, with Kosta Barbarouses also going close from a deeper number 10 role, while the Sky Blues’ defence were rarely tested before keeping Western United’s late rally in stoppage time at bay.

Sydney FC return home for a massive week of football, contesting a huge Big Blue at Netstrata Jubilee Stadium on Wednesday night before facing crosstown rivals Western Sydney Wanderers in the final Sydney Derby of the season at the iconic Sydney Cricket Ground on Sunday.

“Adam scoring from the penalty spot is always nice but I think it should have been a little bit more comfortable. I thought the first half performance was really good and we created some good chances.

“We should have scored some more goals tonight but I’m very pleased. When we score early we’re a dangerous team, but it just hasn’t been working that way this season.

“I thought Trent was really good tonight as well.”

Adam Le Fondre: “It’s great to be back, it seems like not much has changed really.

“I think in the second half as well I had chances, I could have had a hattrick today, we created chances throughout the game and as a team we have to be more ruthless and put teams to bed.

“They [Western United] players were asking me where I was going to put it [the penalty], and I just said in the net.”