However it’s the home matches which will excite the club’s Members and supporters against the Sky Blues’ biggest two rivals.

The return to the Sydney Cricket Ground for a Sunday afternoon Sydney Derby has a potential to be the biggest game of the season.

“A lot could come down to that game at the SCG,” said Head Coach Steve Corica.

“Both clubs are right in the mix at the moment and with it being our final regular season home game, it will be hugely important to get the win.

“Being back at the SCG will give us some special memories from our last Sydney Derby there, especially with Alfie returning as he scored that night.

“I expect to see a lot of our Members and supporters turn out with it being back at the Moore Park precinct which has been our traditional home.

“The clash against Victory a few days before could also be massive and we are extremely excited for these two games.” 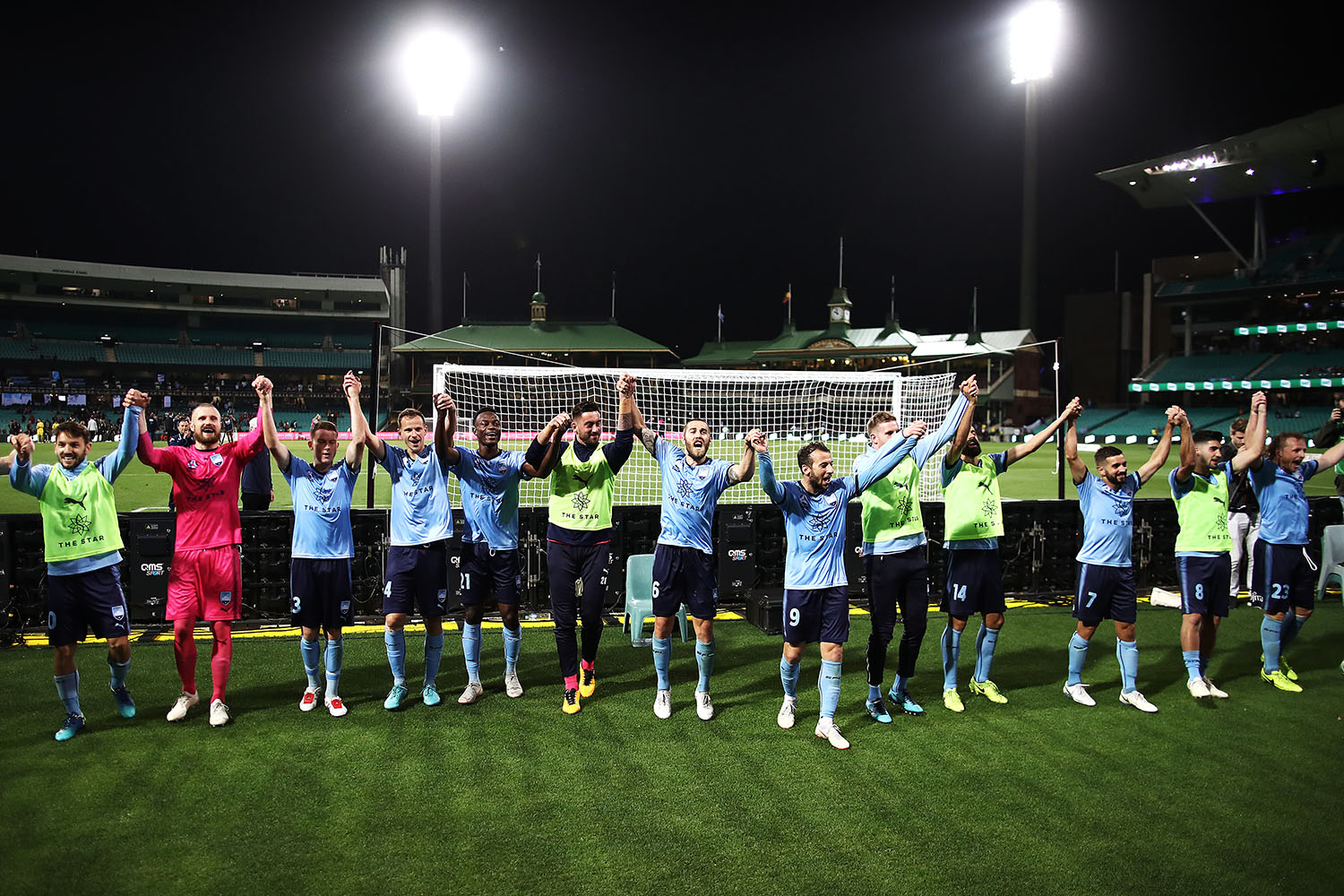 The A-League’s regular season looks set to be the most open Premiers Plate race for years.

Just four points are separating first place from fifth and there are a number of blockbuster encounters.

The Sydney Derby will come off the back of a clash between the two teams currently leading the pack in first and second with Melbourne City FC and the Central Coast Mariners facing off on Saturday May 22 at AAMI Park.

By the end of the fixtures, all teams will have played 26 rounds, as was scheduled when the Australian Professional Leagues (APL) unveiled its A-League fixture list last December.

“This has been a fantastic season to date, in fact many people have said the football played has been the best for years and I’m really excited to see how it plays out now that we’ve confirmed the fixtures,” said APL Commissioner Greg O’Rourke.

“There are some huge games in the fixtures announced today, and this should become quite a crescendo to the home-and-away rounds with so many teams in the hunt for the Premiers Plate.

“A new generation of talent has really stood up this year, as we’ve seen from the sheer number and quality of goals, and it’ll be fascinating to see how they go as the regular season comes down to the wire.”

Dates, venues and kick-off times for fixtures in the last match week (Match week 24) have not been confirmed, as some flexibility is required to reschedule certain matches with the A-League 2021 Finals Series in mind.