A last minute goal to Nicole Begg was enough for Canberra United to overcome Sydney FC in a tight, tense encounter at Lambert Park on Sunday.

A last minute goal to Nicole Begg was enough for Canberra United to overcome Sydney FC in a tight, tense encounter at Lambert Park on Sunday.

The Sky Blues and Canberra enjoyed a tough battle for the 90 minutes, with the Sky Blues dominating the Greens in the second half, however Begg struck with only two minute remaining on the clock to steal the win and ensure the three points returned to the nation’s capital.

A late chance for Princess Ibini to take a point from the game was thwarted after her touch around Canberra goalkeeper Williams passed the byline before she was able to put it in the net with Sydney FC falling to their third loss of the season.

The Sky Blues are set to face Adelaide United away from home next Friday at Adelaide Shores Football Centre (kick off 8pm). 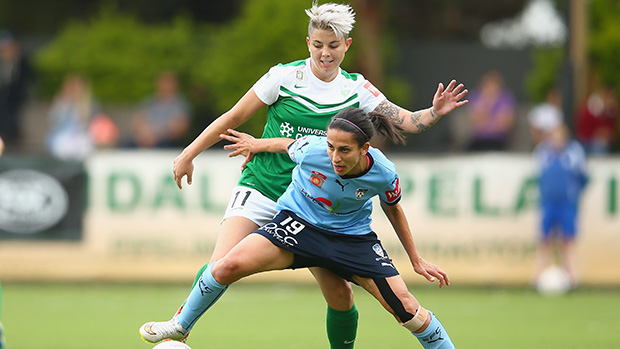 Dan Barrett: “It was a very tight game, we certainly had opportunities to get the three points ourselves and unfortunately we got caught on the break. We played well, defensively we were very organised and we were good going forward too, I thought we looked very dangerous but unfortunately we couldn’t get the goal we needed. It was all positive from me, it stings not to get at least a point.” 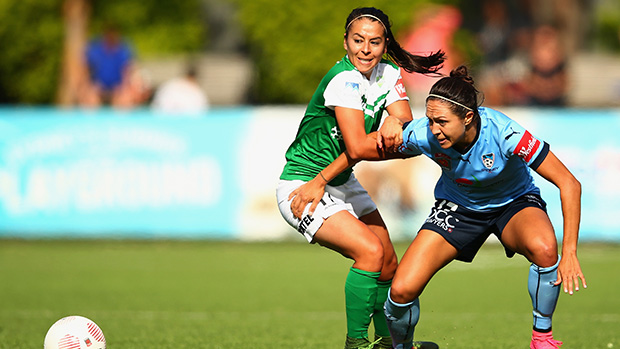 88’ BEGG GOAL – Nickoletta Flannery takes the ball to the byline before cutting back for Nicole Begg to sweep home from close range for the match winner.

11’ MCCORMICK HITS THE BAR – Jenna McCormick smashes the cross bar from close range after Heyman’s initial effort is deflected to her inside the penalty area.

24’ SPENCER SKEWS IT WIDE – Jasmyne Spencer capitalises on a defensive error from Canberra to charge into the box uncontested however she skews her shot wide with only Williams to beat.

37’ PEREZ CHANCE – Ashleigh Sykes takes it forward before cutting it across the face of goal where a lunging Perez is unable to divert the ball into the back of the net.

58’ SPENCER EFFORT – Jasmyne Spencer races into the box but he powerful effort from an acute angle is beaten away by Williams.

65’ SYKES MISS – Michelle Betos and Ashleigh Sykes contest a 50-50 ball with the rebound falling for Sykes to chase on to however it just eludes her and she can only shoot into the side netting.

90+2’ IBINI CHANCE – Princess Ibini almost snatches an equaliser at the death as Khamis releases her one on one with Williams. Ibini rounds the keeper but her touch is heavy and the chance goes begging.

Sydney FC Head Coach Dan Barrett made only the one change to the side that defeated Perth Glory two weeks ago at Lambert Park as Natalie Tobin came in at left back to replace Ellyse Perry who’s away with cricket commitments. Renee Rollason remains injured with Lyndsay Kohlet coming onto the bench to replace her with the squad otherwise remaining unchanged.

Sydney FC Memberships are still on sale for the 2015/16 season.   Click HERE    to become part of the Sky Blues family !