Is this latest instalment of the Sydney Derby set to be the biggest yet? The atmosphere around the fixture feels truly competitive and tense for the first time in nearly three seasons.

Our dominance is well documented, pilling on Red & Black misery on multiple occasions with a barrage of goals. We almost have as many of these ‘demolition derbies’ as they do wins.

However, it’s the first time in the fixtures history where it’s a top of the table clash. We’ve been here for years, it’s expected. Out West, a fast start has them flirting with success unfamiliar for them in quite some time.

Ask any true Sky Blue fan and they’ll say this fixture matters more than most. If that fan lives in enemy territory out West – multiply it by 100. As a member of this group, nothing tastes sweeter than a Derby win.

In keeping with the feeling this may be the tightest derby yet, I’ve picked out my top last gasp moments in Sydney Derbies of years past.

Without a home Sydney Derby win registered and trailing a goal early, I and other Sky Blues fans must have been thinking ‘not again’.

A Jurman shoulder and a Red & Black gift turned the fixture on its head before Western Sydney’s Polenz unceremoniously caught the ball in the box for a penalty to be awarded.

Fan favourite Abbas made no mistake, sealing a first derby win in nearly two seasons.  It felt like a weight had been lifted off the shoulders.

Finally, derby bragging rights were back and little did we know this would set the trend of Sydney being undisputedly Sky Blue for years to come. 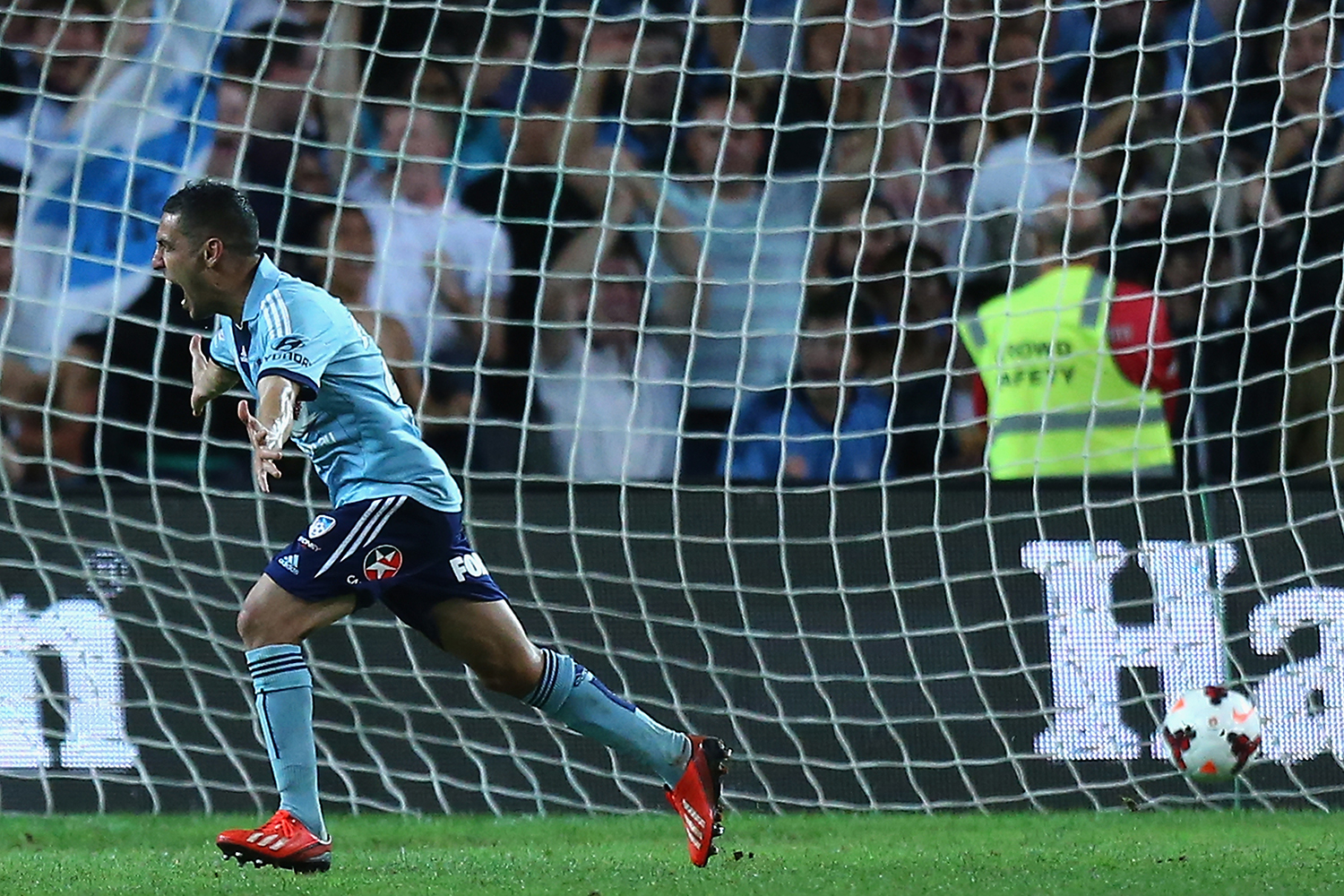 ‘YOU STOLE OUR TIFO, WE STOLE THREE POINTS’ – MAGIC MILOS AT THE DEATH

On the day of the first Sydney Derby of the 15/16 season, it was the off the pitch pre-game circus which caught the eye of most fans.

After months of tireless work, The Cove had one of their brilliant tifos stolen from a warehouse by rival fans. This didn’t take long to filter through to Graham Arnold’s squad and provided further incentive to snatch victory.

Looking destined for stalemate, Branners played in Ninkovic delightfully for the maestro to belt home and send The Cove and Allianz Stadium into raptures.

As per usual, the Sky Blues did the business on the pitch and provided the best possible answer to chants of “Where’s your tifo?” 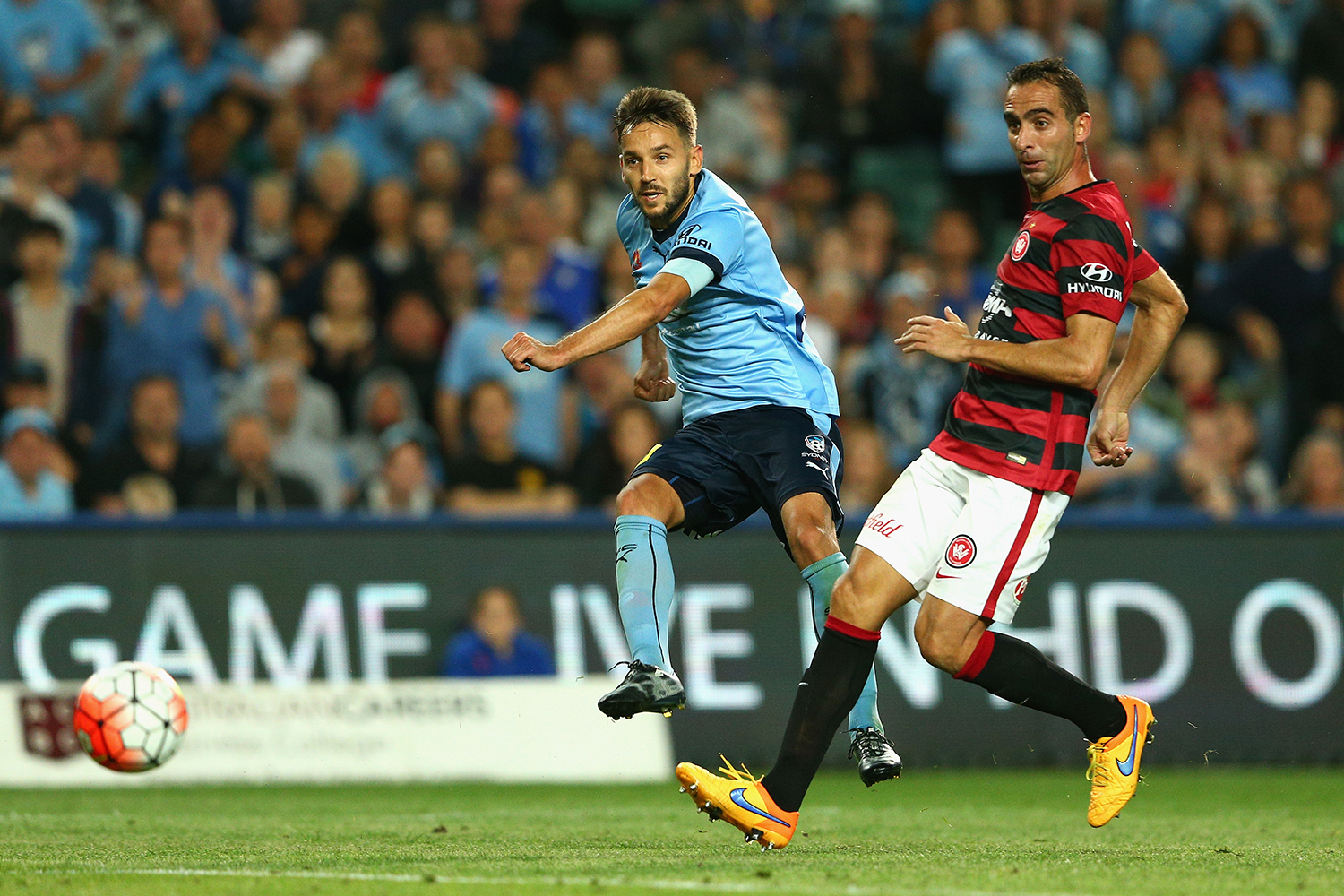 In what was the last derby at Parramatta Stadium, the sides both were fairing well in the league and firmly in the top four.

This game was well and truly a smash and grab effort by the Sky Blues. Faty gave us a surprising lead on the balance of play before Vidosic scored at the RBB end to a near deafening roar from the home supporters.

With their tails up and giving it large to the travelling Cove, the next scenes to ensue would be arguably the sweetest in derby history.

Dimitrijevic’s whipped free kick into the box feel to the feet of one of the most prolific forwards in the league and the rest is history.

Nearly tearing the net out with the sweetest of thumping volleys, the next 30 seconds were a blur in the away end – bodies and banter flying everywhere from The Cove towards the rest of the stunned Red & Black faithful. 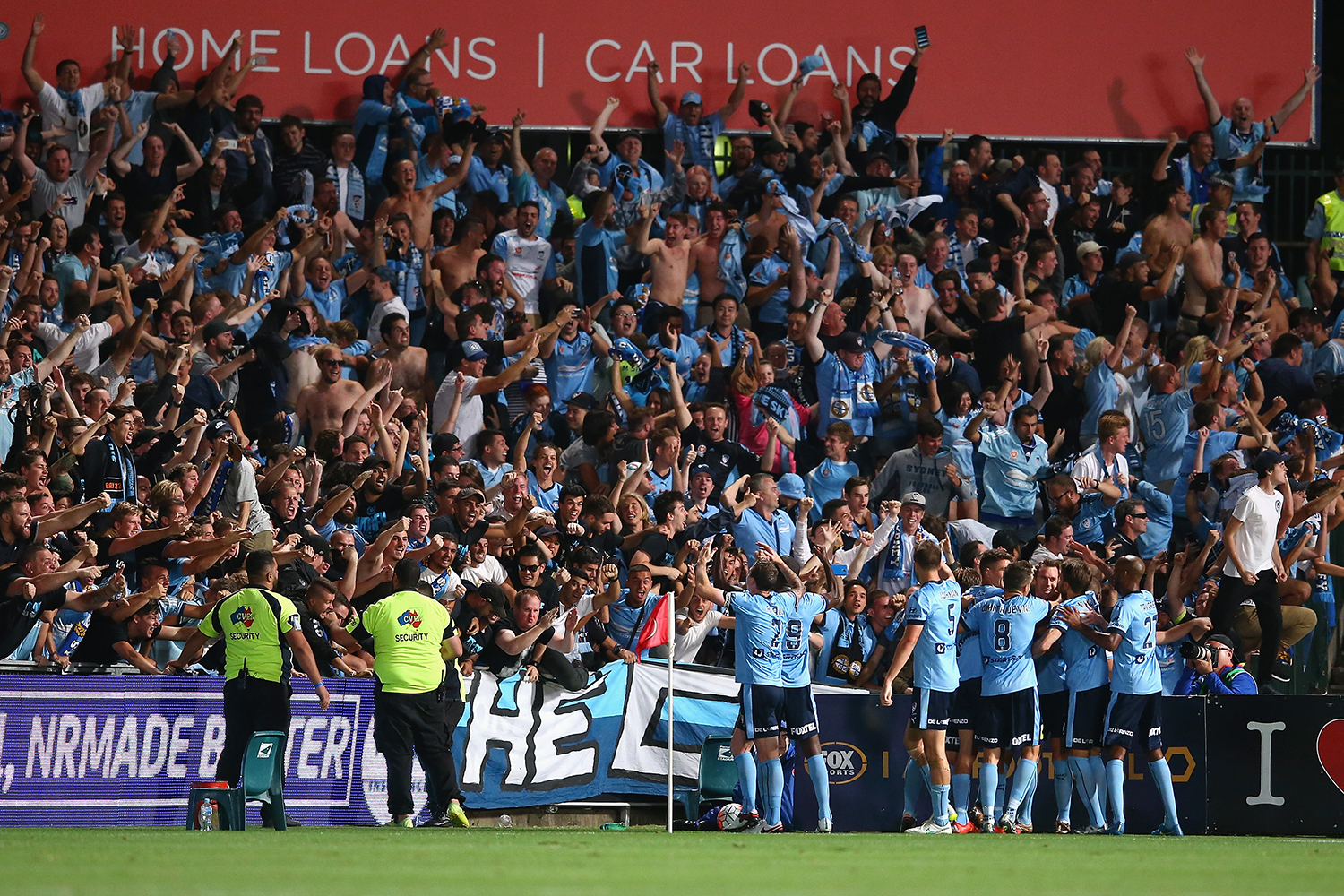