Smeltz lashed in a knock down from a free kick to secure the three points for the Sky Blues after Jacques Faty had given Graham Arnold’s men a first half lead.

Dario Vidosic equalised in the second half but Sydney FC weren’t to be denied and the Sky Blues move level on points with the Wanderers in joint second place, one point behind leaders Brisbane Roar.

Matt Jurman’s defence: A rock at the back for the Sky Blues, Jurman repelled the Wanderers front three on numerous occasions to preserve the Sky Blues lead and claim Man of the Match honours at Pirtek Stadium.

“It was a special night to win and get the three points so late,” he said.

“All the boys did their job and played out the tactics to a tee. The derby means so much to myself, the team and the fans so winning is everything.

“I was surprised to get the Man of the Match award as not many defenders get the awards in big games. It’s only one game though, and our focus now turns to Melbourne Victory on Australia Day.” 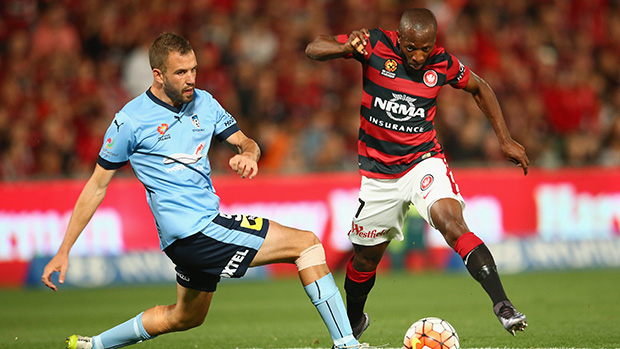 Jacques Faty goal: Rising highest to head home Seb Ryall’s nodded ball across goal, Jacques Faty sent the travelling Cove into delirium as he opened the scoring 20 minutes into the first half.

“I’m very happy to be able to score in a derby,” Faty said.

“It was a very good ball across goal by Sebba and I was lucky to be in the right spot to head it in.” 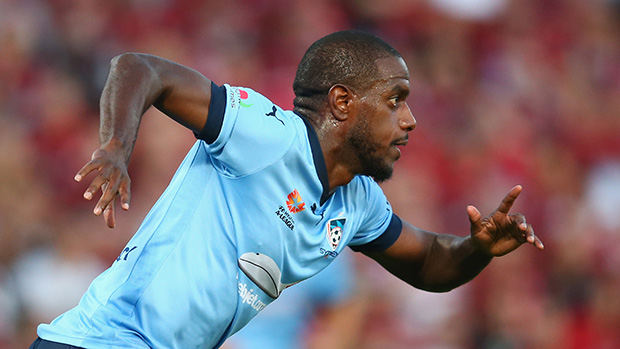 Shane Smeltz goal: With the scores level at one goal each, Shane Smeltz ensured the three points returned to Allianz Stadium as he pounced on Matt Jurman’s knock down off Milos Dimitrijevic’s floated free kick to lash a volley into the top corner of Andrew Redmayne’s goal.

“It was a great moment to see the ball hit the back of the net and it was a great day for the club,” Smeltz said.

“To get a winner in the 88th minute of the Derby is fantastic and it’s something I’ll always remember.” 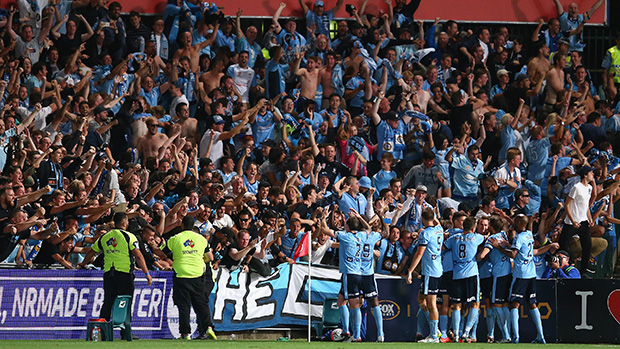