Sydney FC extended its unbeaten streak to 14 games to remain top of the Hyundai A-League following a pulsating 1-1 draw against Brisbane Roar at Suncorp Stadium on Saturday.

Thwarted by Michael Theo in goals numerous times, the Sky Blues had to settle for a point to remain six points clear at the top of the table.

Hear from some of the key players involved in the clash.

Josh Brillante: Sydney FC midfielder Josh Brillante scored his first ever professional goal in spectacular fashion on Saturday night as he rifled an unstoppable effort from distance into the top corner of Michael Theo’s net to open the scoring in the clash.

“It was an unreal feeling to score my first A-League goal, especially off the back of a great team performance,” he said.

“I had all my family and friends there in the stands at Suncorp and that made it that extra bit special for me.” 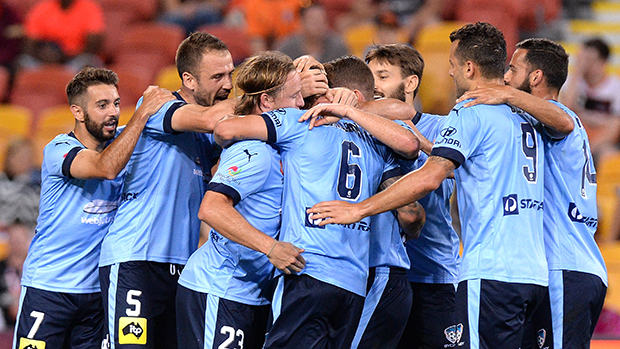 Rhyan Grant: The talking point of Saturday night’s clash, did Rhyan Grant receive two yellow cards and remain on the pitch? The crowd thought yes however as the referee did not caution Grant for his first foul, the Sky Blues defender was free to play on.

“I knew after the Broich tackle the referee had the card out but he put it back in his pocket and said it was just reckless and there wasn’t a need for a caution,” Grant said.

“I knew I was ok when the second incident happened that I wouldn’t get a second yellow so it was all good.” 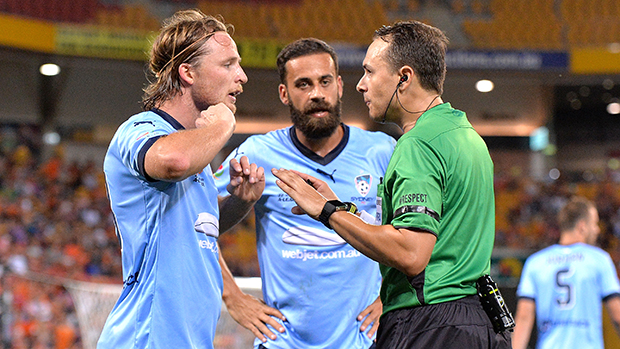 Bernie Ibini: Following his first minute in the Westfield FFA Cup last month, Ibini accrued his first Hyundai A-League minutes at the weekend as he came on with 10 minutes to play at Suncorp Stadium.

“It was great to make my A-League return,” he said.

“I was a very exciting match and I was happy to get some minutes under my belt. Nothing quite replicates match minutes so hopefully I can continue to build them up.”