Sydney FC gained a valuable point in Western Australia with a 0-0 draw against Perth Glory in conditions which reached 36 degrees Celsius. The Sky Blues secured their fourth clean sheet in seven games despite the absence of Jacques Faty who missed out due to personal reasons as Matt Simon came closest to winning the game for Sydney FC but put his header narrowly past Ante Covic’s post.

The heat: The Sky Blues and Glory contested Saturday’s clash at nib Stadium in stifling heat that forced mandatory drinks breaks throughout the game and left many players struggling in the oppressive conditions.

“I think you have to congratulate both teams for putting that type of effort in,” Head Coach Graham Arnold said.

“In 36/37 degrees you play the first 45 minutes in the sun and it takes the tempo out of the game. I’ve got to congratulate my team for the effort they gave. Tactics go out of the door in conditions like this and you’ve just got to hope that mentally they stay strong and don’t make mistakes.” 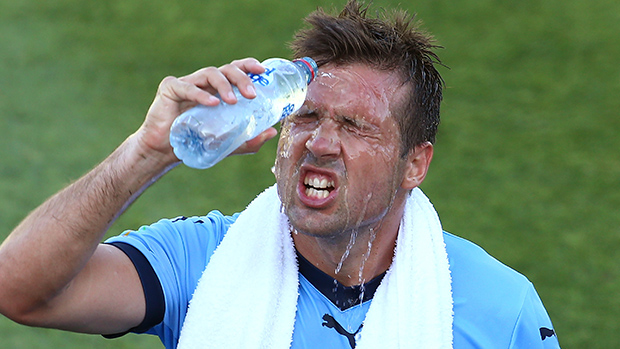 “I didn’t know exactly where the ball was but I anticipated the ball was going to go there and I knew I had to make the block, it was a last ditch effort,” Ryall said. 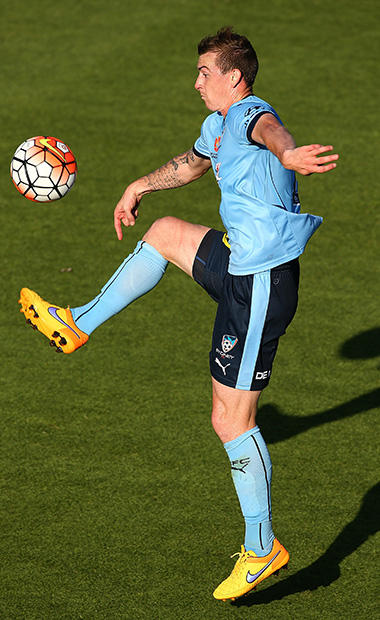 Matt Simon’s header: Matt Simon was inches away from putting the Sky Blues in the lead as he rose highest to head Alex Gersbach’s cross on the turn just beyond Ante Covic’s left upright. Simon’s miss proved to be one of the Sky Blues best chances in the nil all stalemate at nib Stadium.

“I disappointed that the ball didn’t go in I got up well for it and it was a great ball by Alex,” Simon said.

“Hopefully next time it will hit the back of the net.” 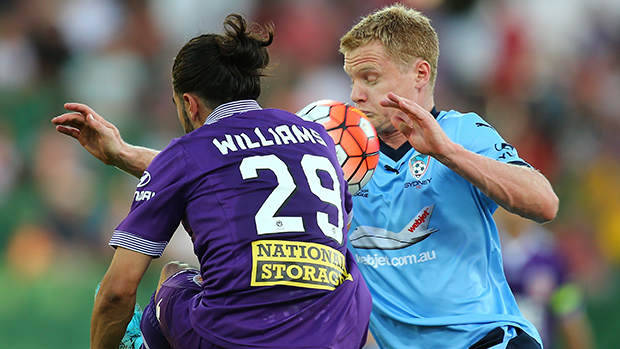