Sydney FC equalled their club record for consecutive wins in all competitions on Sunday, with a comprehensive 4-1 victory over Perth at Allianz Stadium.

A brace to Milos Ninkovic and strikes from Bobô and captain Alex Brosque on his 150th Sky Blue Hyundai A-League appearance saw Sydney FC set a new league records for goals scored during the opening six rounds of the season.

Hear from some of the key players involved in Sunday’s win.

Milos Ninkovic: Voted PFA Player of the Month for October, the Serbian midfielder has lit up the league with vision, assists and goals to help guide Sydney FC to their phenomenal start to the 2016/17 season. His two goals on Sunday underlined his importance to Head Coach Graham Arnold’s squad.

“I’m very happy to be able to help the team with the goals and assists,” he said.

“All the boys deserve credit for the way we have started the season, we have a very strong squad with competition for places and everyone is working hard for the trophies this year.” 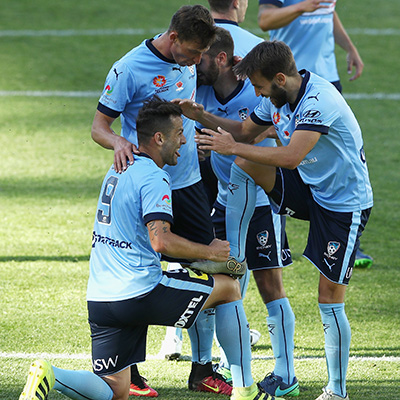 Bobô: Scoring his third goal of the campaign at the weekend, it was the number 9’s work rate off the ball that so impressed Head Coach Graham Arnold. The Brazilian’s pressing and positional play in the front line make him as dangerous a player without the ball as he is on it.

“I’m happy to score goals and help the team in anyway,” he said.

“Goals are always nice but if I can help by making a tackle or making pressure and it leads to a goal then I am also pleased.” 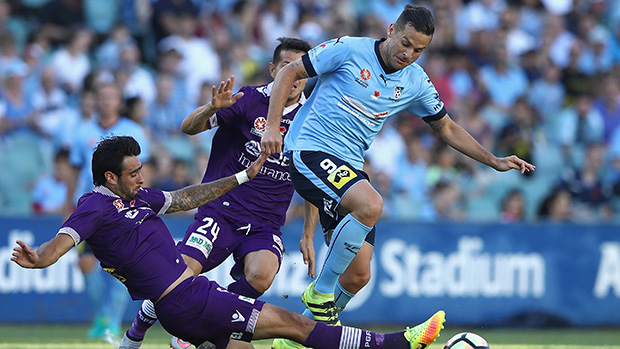 Alex Brosque: Making his 150th Hyundai A-League appearance for Sydney FC, the Sky Blues’ captain capped off the afternoon with a well taken fourth goal to seal the victory for Sydney FC and confirm their club equalling record 10th consecutive win in all competitions.

“It was a special moment to make my 150th appearance for the club,” Brosque said.

“I said during the week how much this club means to me, it’s like family, and to be able to repay the Members and fans support through goals is the least I can do.” 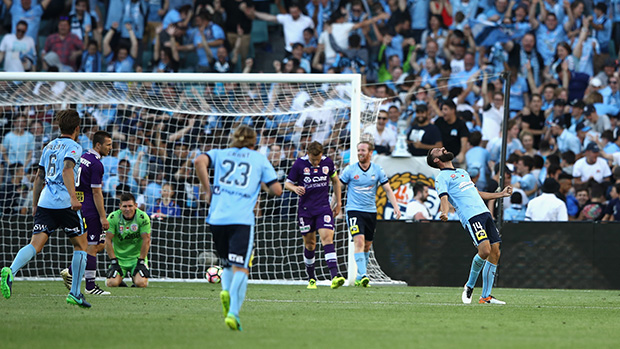 Sydney FC are next in Hyundai A-League action away against Brisbane Roar on Saturday 19 November (kick off 7:50pm). Catch the match live on Fox Sports or follow @SydneyFC on Twitter for updates.