Hear from those players who played a key part in our 11th match unbeaten in the Hyundai A-League 2016/17 season, as we moved seven points clear at the top of the table on Saturday.

Vukovic  saves: Continuing his standout start to the Hyundai A-League season, Danny Vukovic again proved his worth on Saturday with a number of crucial interventions to keep Perth at bay.

The glovesman produced the save of the season midway through the second half, diving back to produce a flying one handed save to deny Griffiths’ goalbound header from a Perth free kick.

“I was just doing my job [for the saves],” Vukovic said.

“I put my hand up for the first one. I had a bad clearance which led to [Glory’s] goal. So it’s nice to contribute and help the team out in the end.

“It’s always nice [to beat my former club), I was copping a bit of flak which is nice as well, but it’s always good to get wins away from home.” 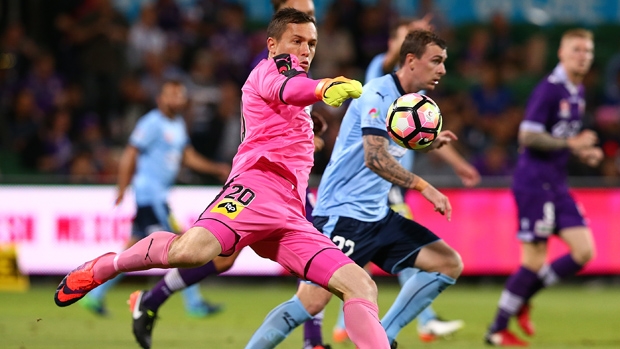 Brosque goal: Fresh from conceding, Alex Brosque ensured the Sky Blues would spend only seconds behind on the scoresheet as he swept home from inside the area following some neat one touch build up featuring Grant, Holosko, Bobô and Ninkovic.

“It’s never easy going a goal down, but the boys switched on from the restart and to be able to level things so quickly shows the belief and spirit within the squad,” Brosque said.

“It’s always nice to get on the scoresheet and to have five goals at this stage of the season is very pleasing.” 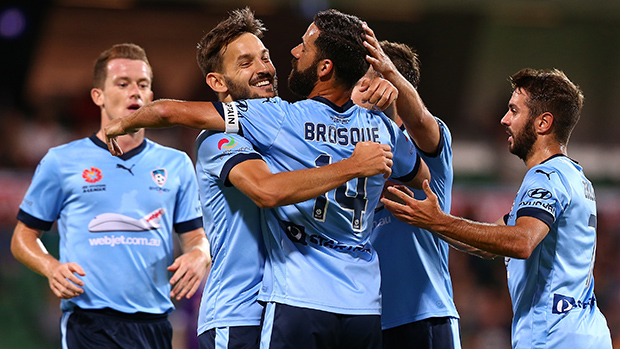 Holosko goal: Weathering a flurry of Perth advances, Slovakian winger Holosko put the Sky Blues in the ascendancy with a well taken headed goal off an Alex Brosque cross.

“I’d like to score every game, but to score after seven games I am happy,” Holosko said.

“To score an important goal to make it 2-1, it was not easy to score with the head but I am happy.

“The confidence can be a little down if you don’t score, but now I’ve scored again I hope my confidence is back.” 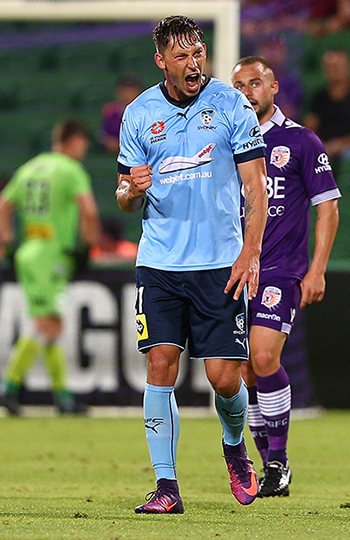 Bobô goal: Ensuring the three points would return to Sydney, Bobô scored the Sky Blues third of the evening in clinical fashion.

The ball fell to Ninkovic on the edge of the box who controlled, beat Castro’s challenge and threaded an inch perfect ball to the Brazilian who controlled brilliantly and struck the ball home clinically with his left foot.

“It was a very good ball from Ninko and luckily I was in the right place at the right time to put the ball in the net,” he said. 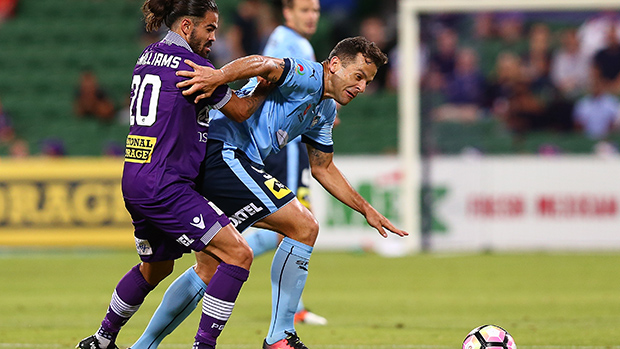 Ibini penalty: Continuing his return to form, Ibini capped the Sky Blues win by earning and converting a penalty in stoppage time.

“It was great to get on the scoresheet,” Ibini said.

“I’m glad we got the three points and I feel like i’m recovering well. I just have to continue to keep working hard and improve with each minute I play.” 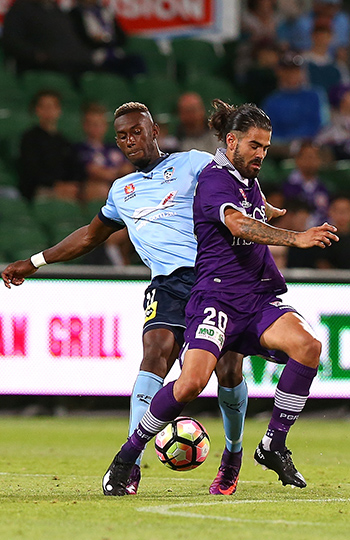