The left winger, who has spent the last 14 months on the sideline recovering from an anterior cruciate ligament injury, latched onto a Matt Simon’s back heel in the 79th minute to bury the Sky Blues second goal and secure the three points.

Earlier Filip Holosko had given Sydney FC the lead as he ran onto a Milos Ninkovic chip to beat Birighitti with a neat finish.

The win momentarily moved Sydney FC into third place at the end of the game.

Filip Holosko goal: Carving open the Newcastle Jets defence, Filip Holosko timed his run to perfection to latch onto a lofted through ball from Milos Ninkovic. Heading the ball forward, Holosko raced to the edge of the area before volleying into the bottom corner for the opening goal of the game.

“It’s my fifth goal this season, I’m always happy to score for Sydney FC, if I score two or three goals more I’ll be even more happy,” Holosko said.

“This goal, I scored from a right hand side run. Milos Ninkovic put in a good ball, I ran straight at the goalkeeper, in a similar position to last time against Newcastle Jets, and this time I scored.” 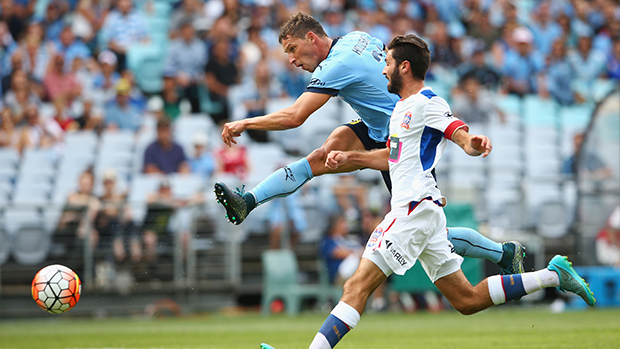 Ali Abbas goal: It was the moment that had everyone on their feet applauding. After spending 405 days on the sideline through injury, Ali Abbas marked his return to the Hyundai A-League with a goal as he struck to increase the Sky Blues lead in the second half.

“I had a [feeling about scoring] but I never thought it would come,” Abbas said.

“As soon as I passed the ball to Simon, I thought ‘please, just pass the ball to me, because I’m on the edge of the box and I’ll be one-on-one with the goalkeeper’. I took my time, took my chance and I did it.” 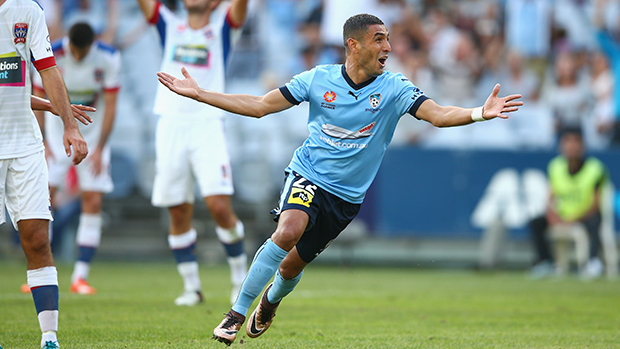