The Sydney FC juggernaut rolled on, on Australia Day, as Head Coach Graham Arnold’s men accounted for Melbourne at Etihad Stadium to extend their unbeaten Hyundai A-League run to 17 matches.

Goals to Filip Holosko and Bernie Ibini cancelled out James Troisi’s opener to ensure the Sky Blues recorded their second 2-1 win over Melbourne this season.

Hear from some of the players that played a key part in the win.

Filip Holosko: A deep cross from Milos Ninkovic off a second ball from a corner found Holosko perfectly placed on the penalty spot, and the Slovakian winger leaped highest to loop a header beyond Lawrence Thomas for the equalising goal.

“I’d like to score every game, but to score after five games I am happy to score now and score an important goal. It was not easy to score with the head but I am happy,” Holosko said.

“We are motivated every game, when you win every game and don’t lose you are more confident.

“We work hard every training, we have a very good squad, everyone wants to play and this makes us better and better every week.” 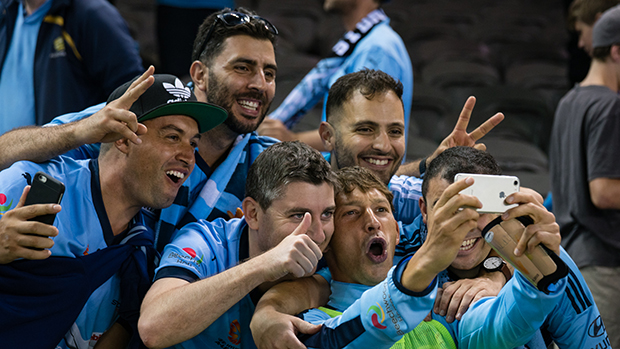 Jordy Buijs: Making his Hyundai A-League debut for Sydney FC, the Dutchman was tasked with marking one of the league’s top strikers in Besart Berisha, handling the Albanian forward with aplomb.

“It’s my first game after a couple of months but we knew what to do and did very good. To be 11 points clear is excellent and I’m very proud of the boys,” he said.

“It’s going well for me to get through 90 minutes after three months without a full game.  It’s been a very easy transition to playing here and they are a fantastic squad so I’m loving it very much.” 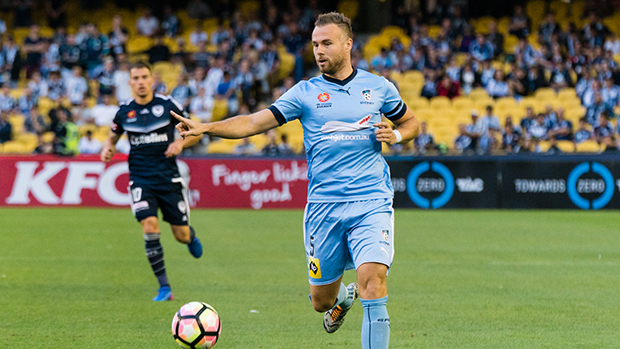 Bernie Ibini: Introduced for the final 30 minutes, Ibini had an instant impact on the match as he raced onto a header down from Alex Brosque before turning Broxham and Baro inside out to fire home for the winning goal.

“I knew when the ball was in the space I would be able to run on to it and once I shook off the first defender I knew I could get on the inside of the other defender and have the chance to shoot,” Ibini said.

“It was a big game and everyone wants to win and coming off the bench like I did, you want to make an impact.”

“I’m just going to come on from the bench and do my job and if I start games I’ll look to make an impact straight away as well.” 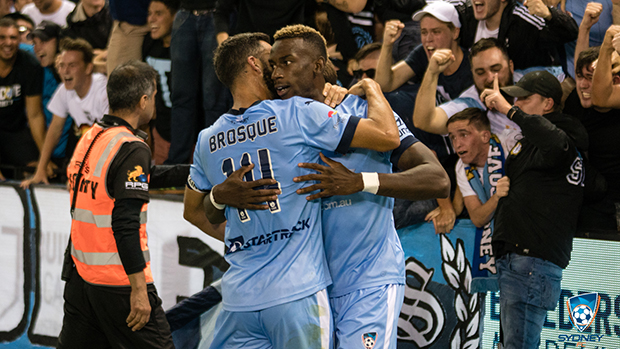