Sydney FC restored their seven point lead at the top of the table with a character driven 3-2 win over the Central Coast Mariners on Sunday at Central Coast Stadium.

A brace to marquee man Bobô and a late strike to David Carney ensured the three points returned to Sydney, as Head Coach Graham Arnold’s men maintained their unbeaten start ahead of Saturday’s #SydneyDerby at Allianz Stadium (kick off 7:50pm).

Here from some of the stars of Sunday’s clash.

Brandon O’Neill moves to centre back: With Sebastian Ryall down injured within two minutes, holding midfielder Brandon O’Neill was tasked with a central defensive role for the remainder of the match alongside Alex Wilkinson.

“I’ve played centre back a little bit and you always have to prepare for the worst so I’ve practised it at training so I’m comfortable there,” O’Neill said. 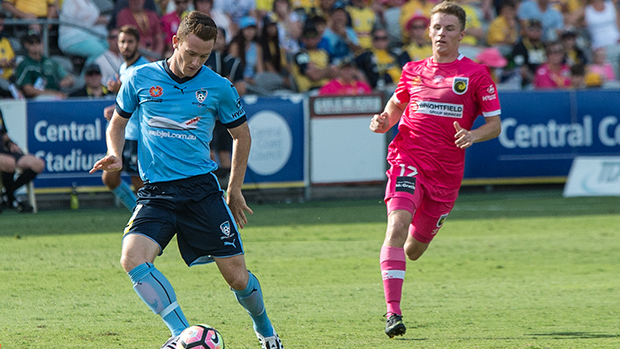 Bobô’s brace: Sydney FC marquee man Bobô added a further two goals to his Hyundai A-League tally with a strike in either half at Central Coast Stadium.

Bobô’s second was much simpler, as superb work from Ninkovic saw him beat two Mariners defenders and the keeper before tapping the ball to Bobô to stroke into an empty net.

“I am pleased to have seven goals already this season. I want to continue to help the team out and keep the squad undefeated.” 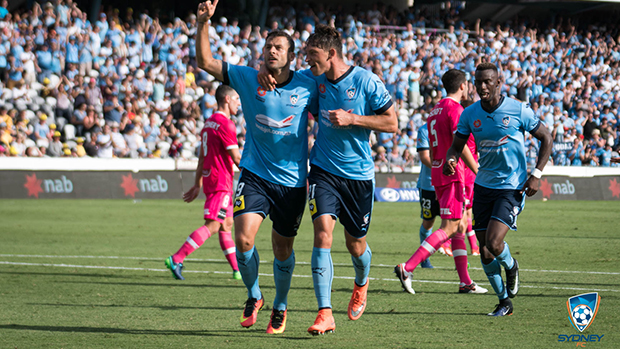 David Carney’s winner: Coming on as a second half substitute, David Carney sealed the three points with a well taken header off a Michael Zullo cross with 13 minutes remaining in the match. There were questions about whether the winger was offside, however the goal stood.

“When I first headed it I didn’t think I was offside,” Carney said.

“I thought there was a player behind me and a player holding me as well so I just used that. You can see on the replay that probably my arm was [offside] but the defender had his arm wrapped around me as well so it’s a real hard one for the official.” 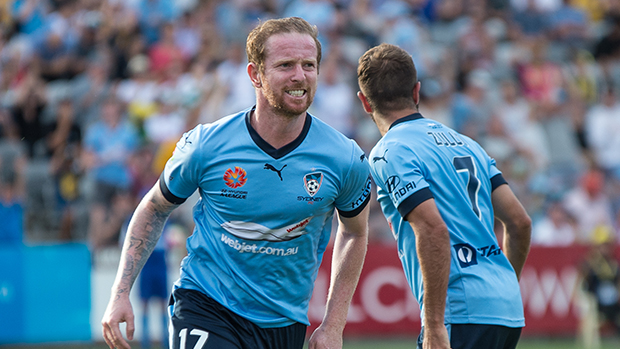 Sydney FC return to Hyundai A-League action on Saturday in their one home #SydneyDerby of the season at Allianz Stadium. Get you tickets today and be there to back your Sky Blues in this massive clash.