Hear from the players involved as we look back at some key moments from the Sky Blues 3-1 victory over the Mariners at Central Coast Stadium on Saturday.

Smeltz Goal: Shane Smeltz opened his account for the Hyundai A-League 2015/16 with a well taken strike in the first half at Central Coast Stadium. Halting his run on the penalty spot after Alex Brosque was released into the area, the New Zealand international swept the ball into the net to open the scoring on Saturday.

“I’m very happy to have scored at the weekend and more importantly maintain our good start to the season,” said Smeltz.

“I feel each game we are getting stronger and we will continue to improve.” 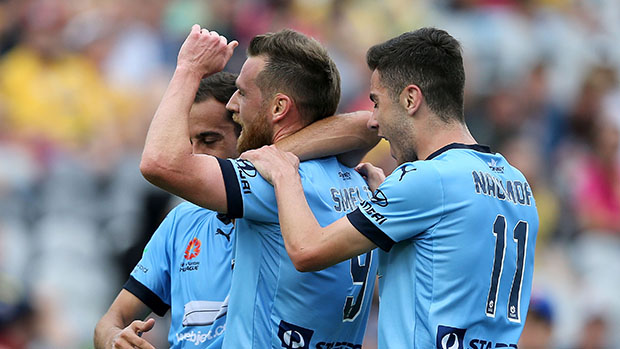 Holosko Assist: After contributing in the build up to Shane Smeltz’s opening strike with an exquisite back heel, international marquee Filip Holosko went one better in the second half as he split he Mariners defence in two with a well-timed ball to release Matt Simon for the first of his two goals.

“Smeltzy won the ball with his head and released me, and I ran maybe 40 metres at the one defender from Central Coast,” Holosko said.

“I knew Matt Simon was free on the left side and I put in the ball, he took a very good first touch and it was a very nice goal.” 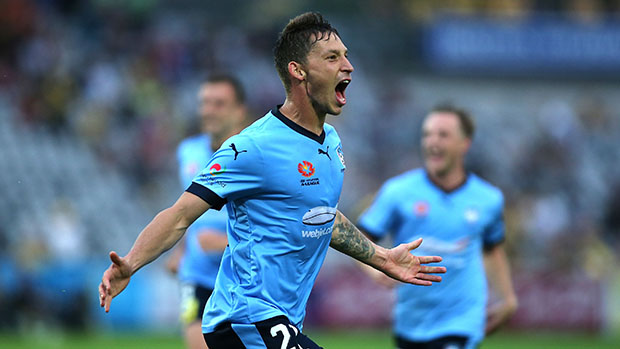 Simon’s Goals: The script was written for Matt Simon as he returned to haunt his former club on Halloween at Central Coast Stadium. Played through by Filip Holosko late in the second half he cut inside the area before rifling a right foot strike into the top corner. The Wizard from Woy Woy, as he’s affectionately known, then bagged a brace with a towering header off a superb Mickael Tavares cross to seals the three points.

“I’ve played a lot of games here and scored a lot of goals. It was a bit of a different feeling scoring for another team but I enjoyed it and I’m glad we could get the three points,” Simon said.

“Arnie knows how I work and I think it’s probably showing. I’m happy on and off the field. I’m really enjoying my football and my part I’m playing in the team.” 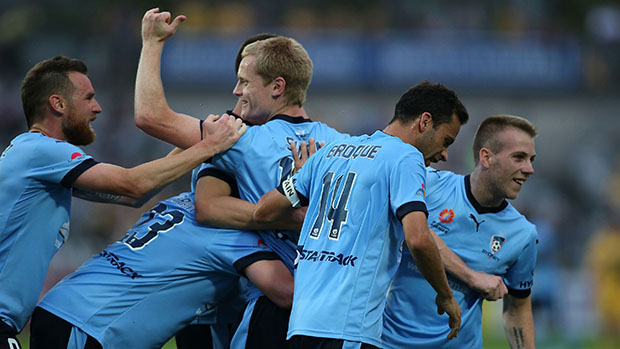 Tavares Assist: Cousins combined in the 88th minute as Jacques Faty headed into the path of Tavares to surge forward on the right flank before delivering an inch perfect cross from deep for Simon to emphatically head home to the Sky Blues third goal.

“It’s always a good feeling to provide an assist and this one was my first in a Sydney FC jersey,” said Tavares. 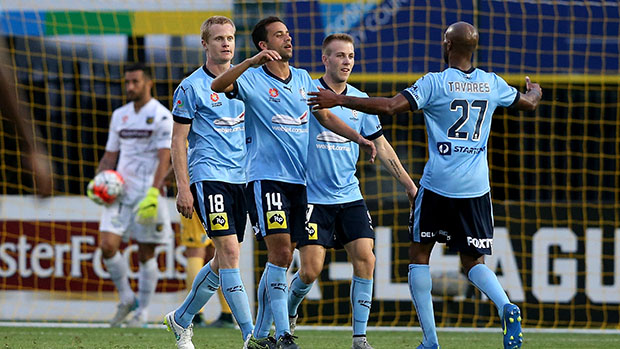