Sydney FC remain top of the Hyundai A-League ladder and are still the only undefeated team in the league following a 0-0 draw against 2nd placed Brisbane Roar at Allianz Stadium on Friday night. We look back at some of the key moments from round five.

“Our partnership came out of nowhere. We were doing a little mini pre-season during the Asian Cup and circumstances led us to being put together,” Jurman said.

“It just clicked straight away and is something I’ve never had with anyone else. We communicate well, we back each other and hopefully we can keep it up and keep some more clean sheets.” 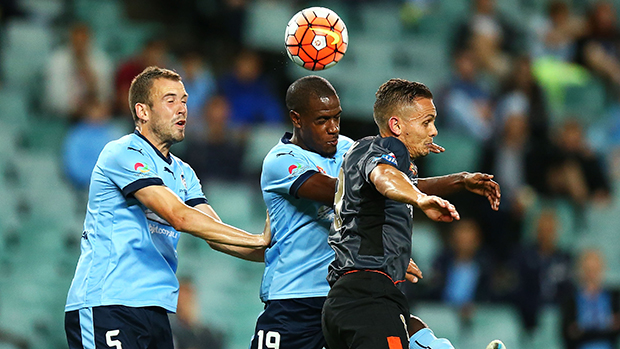 Rhyan Grant tackle: Jamie Maclaren eluded the Sky Blues back line to bring down Petratos’ chipped ball with only Vedran Janjetovic in front of him however Rhyan Grant was quickly across to cover, slide in and block Mclaren’s goal bound shot and keep the scores level. A timely intervention.

“I was actually caught out of position a little so I had to make sure I got back and blocked the shot,” Grant said.

“Matty Jurman was there also and I think we scrambled well to deny the chance.” 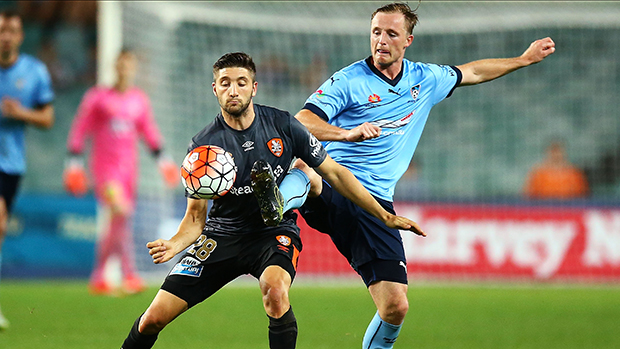 Alex Brosque penalty appeal: Jacques Faty headed Rhyan Grant’s cross towards the far post where Alex Brosque was lurking and with the Roar defence hesitating, goalkeeper Jamie Young raced off his line to attempt to punch the ball, collecting Brosque in the process and flooring the Sky Blues captain. Was it a penalty?

“I don’t remember too much apart from getting hit and somehow dropping,” Brosque said.

“I sat there though and watched the replay on the big screen. He did get me, I’ve got a nice cut and bump on my nose, but I don’t think it was a penalty. Just clumsy.” 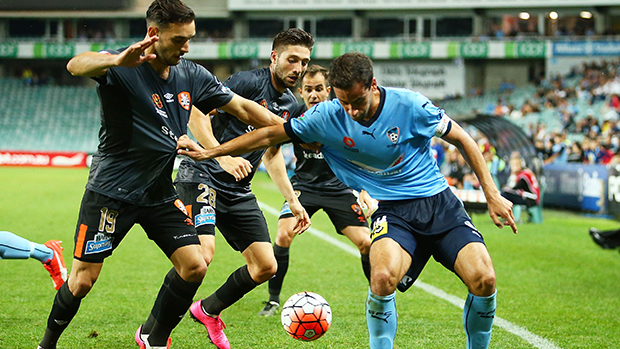