Sydney FC were held by Adelaide United after dominant second half display in which the Sky Blues came within inches of taking all three points at Coopers Stadium. Matt Simon and Filip Holosko equalised first half Adelaide United goals before the Sky Blues pressured the Reds goal in the second half creating a number of chances, however the match finished level at 2-2.

Matt Simon goal: Picked out by Filip Holosko’s curling early cross, Matt Simon got between the two defender to throw himself at the ball and restore parity to the score at 1-1 with a diving header that found the bottom corner of Eugene Galekovic’s goal.

“It was a great ball from Filip to find me in between the two defenders,” Simon said.

“I felt like I got a good connection to it and I was really happy to see it hit the back of the net.” 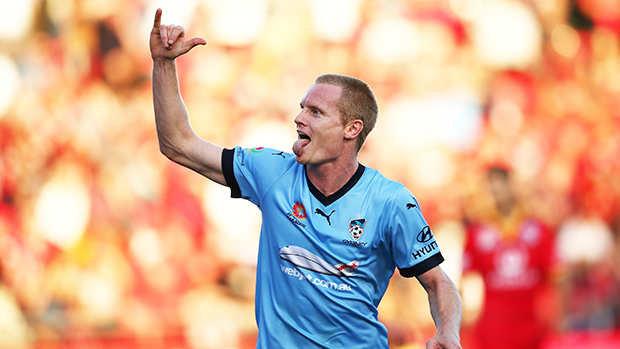 Filip Holosko assist and goal: Filip Holosko took the plaudits on Friday night with a goal and an assist to claim a place in the Hyundai A-League round 18 Team of the Week.

Assist – Breaking into space in the attacking third, Holosko whipped an early cross into the area, splitting the Reds central defenders, for Matt Simon to dive and head the ball beyond Galekovic and in.

Goal – Deep into first half stoppage time, Milos Ninkovic spotted Holosko’s run into the area, lifting a ball over the Reds’ defence and into the path of the Sky Blues marquee. With Jordan Elsey only able to flick the ball off the ground with a sliding tackle, Holosko capitalised on the opportunity to prod the ball past a stranded Galekovic in goal.

“This game we wanted to win, we draw, we get one point but it’s not enough,” Holosko said.

“I’m happy I scored and got one assist, but for me the team is more important, not just my own goal and assist, the team comes first.” 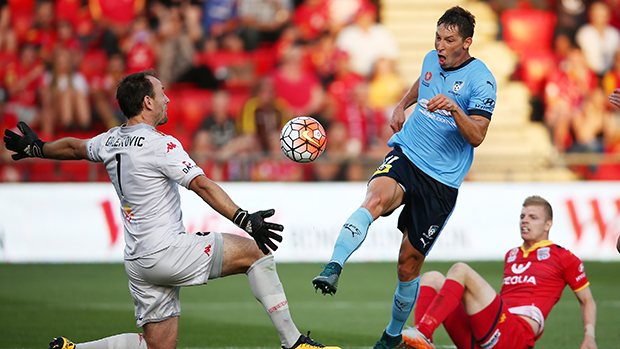