Key Moments Against The Jets

Sydney FC temporarily moved back to joint top of the Hyundai A-League with a confident display and performance against Newcastle Jets on Friday night.

The Sky Blues solitary goal came from an excellent second half move from skipper Alex Brosque however they could have had a hatful more, in a performance that will leave the squad brimming with confidence ahead of Friday’s clash against Adelaide United away.

Alex Brosque’s goal: The strike that claimed the three points at Allianz Stadium, Alex Brosque broke clear into the area after being released by Ninkovic. Shrugging off his marker Brosque fired a powerful left foot effort into the bottom corner to move his tally for the season to three goals and his Hyundai A-League tally to 50 goals.

“My goal was very important but the main thing was the win,” Brosque said.

“While we completely dominated the match for about 60 minutes, until the goal and we probably should’ve gone on with it, but what was important was the win, it didn’t matter how we got it.

“We’ll build on this win ahead of Friday’s game and more good things will come.” 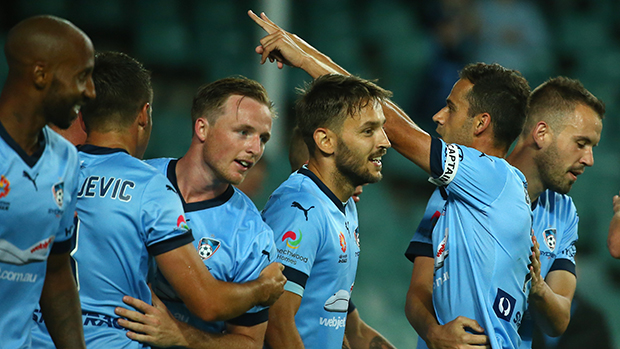 Andrew Hoole’s start: Making his first Hyundai A-League start for the Sky Blues, Andrew Hoole was out the impress. The former Newcastle Jet, playing against his former club, made a number of incisive runs, showcasing his attacking prowess. Hoole could have also had a hatful of assists with a number of great balls into the penalty area for no reward.

“It felt great to start my first game of the season,” Hoole said.

“I thought it was a positive performance for my first game and I’m only going to get better with more game time.” 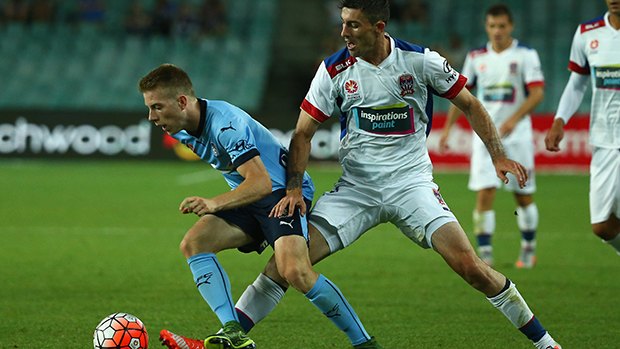