Sydney FC lost their first game of the Hyundai A-League 2015/16 season on Saturday, in an enthralling match against the Melbourne Victory at Allianz Stadium that the Sky Blues deserved something from. We look back at some of the key moments from the match and hear from the players involved.

Alex Gersbach’s introduction: Making his first start of the Hyundai A-League 2015/16 season, Alex Gersbach stamped his authority on the left back position with an impressive 90 minute display. Gersbach took on his marker time and again to great effect, especially in the first half, as his mazy run in the opening 5 minutes saw him burst into the area to tee up Filip Holosko for the opening goal.

“It was really good to get out there and start for the first time this season,” he said.

“I was satisfied with my performance but am just disappointed that we didn’t get anything out of the game.” 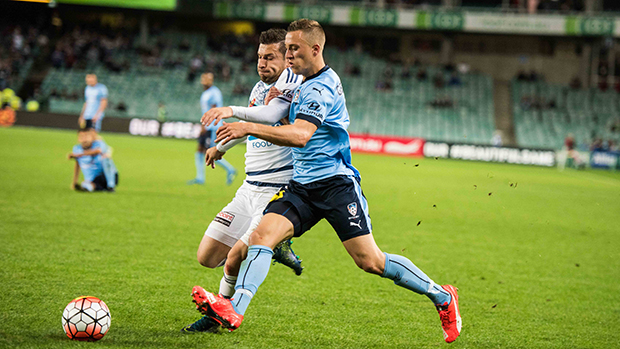 Filip Holosko goal: A second goal at Allianz Stadium for the Slovakian international, Filip Holosko was in the right spot at the right time to sidefoot home Alex Gersbach’s square ball across the box and hand the Sky Blues the lead against the Victory inside the opening five minutes.

“I was very happy to score in a big game like this one,” Holosko said.

“Alex [Gersbach] had a very good run and gave me a very good ball across the goal. He did a lot of the work and I am happy I could finish off the move.” 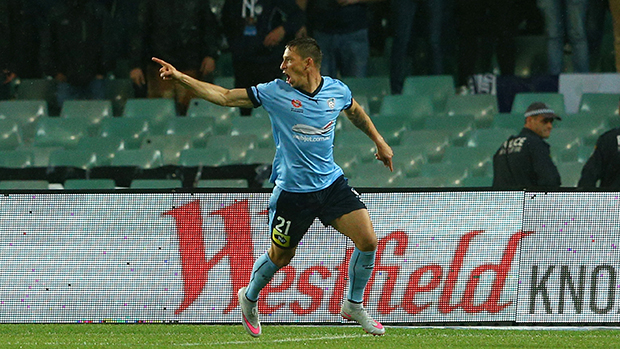 Alex Brosque goal: Brosque restored the Sky Blues lead in the 20th minute, tapping home following a save from Vukovic. Brosque was involved in the build-up, releasing Smeltz into the area to shoot and was on hand to divert the ball into the net as Vukovic could only parry Smeltz’s effort into the path of the Sky Blues captain.

“It’s always nice scoring against the Victory but it’s a shame that the lead was very short lived,” he said.

“From a scoring point of view, you’ve always got to follow up. I know Smeltzy, a good striker always goes low and hard across the goal, and I just knew if Smeltz got it on target and put enough power behind it that there’s always a chance the keeper would spill it.

“I had to make sure I followed my run and luckily it fell at my feet.” 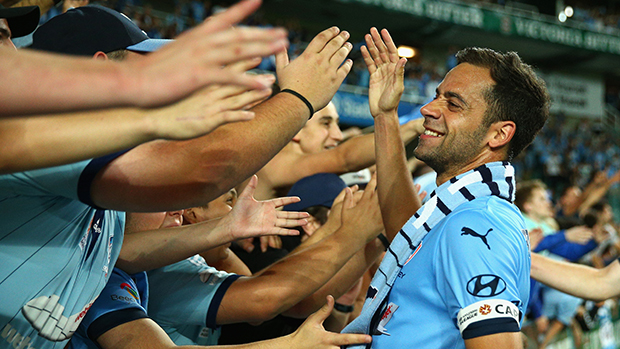 Shane Smeltz penalty appeal: With the Sky Blues chasing and dominating the game, despite the scoreline reading 3-2 in favour of the Victory, Alex Brosque sent Shane Smeltz racing into the penalty area on the left flank. Smeltz took one touch before the ball began rolling away from him as Matthieu Delpierre slid in in an attempted block, taking the Kiwi strikers’ legs with him. Was it a penalty? Chris Beath dismissed the fervent appeals and waved play on.

“I thought there wasn’t much in it,” Smeltz said.

“The ball ran away from me and we both slid into each other. He made contact with me but I missed the ball and felt it was just his momentum that carried him in to me.” 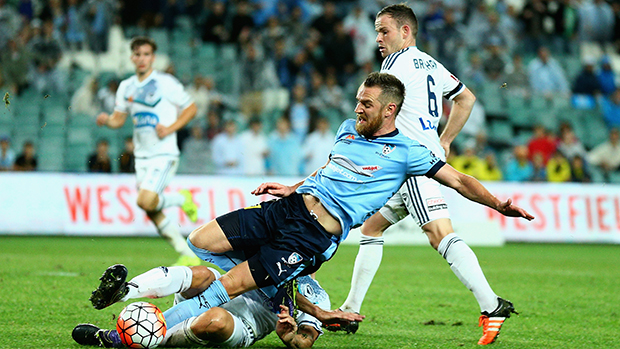 Sydney FC Memberships are still on sale for the 2015/16 season.  Click HERE   to become part of the Sky Blues family!