The Sky Blues showed great team morale to fight back from a goal down at half time to seal the win, with a David Carney brace securing the three points and extending Sydney FC’s lead at the top of the table to 5 points.

Alex Brosque: Latching on to a long throw from Michael Zullo, Brosque carried the ball to the byline before looping it towards the far post where Carney was able to bring it down and prod home the equaliser.

“It was a good ball into space off the throw from Zullo, he had great vision to spot that,” Brosque said.

“I saw Carns making that run into the area and I thought if I could pick him out here we’re in with a chance. Thankfully he slotted it and from then on I think there was only ever going to be one winner in the game.” 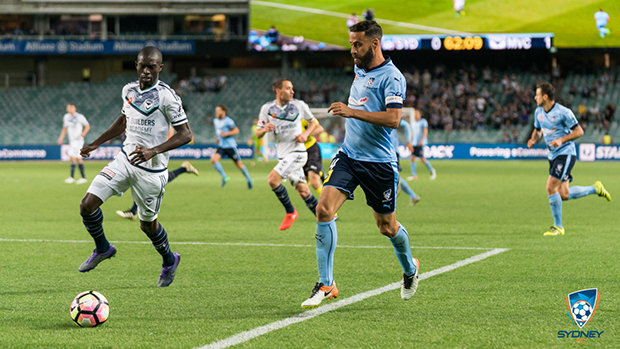 Rhyan Grant: Putting in a tireless shift at right back on Saturday night, constantly getting forward and menacing the Melbourne backline, Grant was on hand to assist in the winning goal.

Played down the flank by Carney, Grant carried the ball to the byline before expertly picking out Carney on the edge of the area to sidefoot home the winner with time ticking away.

“It was one of those things where Carns put me in behind going towards the byline,” Grant said.

“All the boys look to cut it back when you get to the line, the space opened up and luckily Carns was there on the spot to put it in the back of the net.” 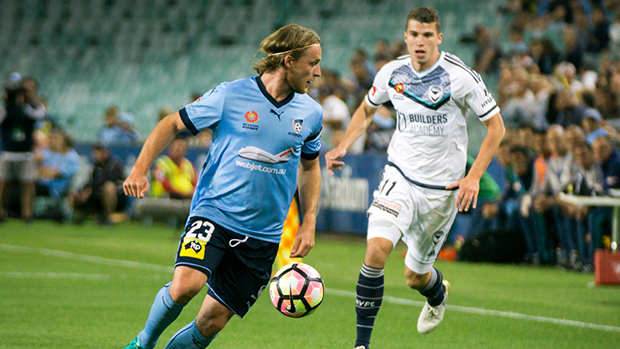 David Carney: Scorer of both goals on Saturday night, David Carney overcame a virus from the week before to star off the bench in front of nearly 20,000 fans at Allianz Stadium.

“Brosquey went down the line and he found me great [for the first goal],” Carney said.

“I don’t know how he had the vision [to find me], and I just thought the defender was going to head it so I fell back, but he didn’t [head the ball] and it was only late that I brought it down and I was just happy it found the corner.

“The second one, I played Rhyan Grant and I don’t think he expected for me to play it to him but he showed great vision, and he does it often, to cut back.

“I knew he had it in his locker and again I’m happy it went in.” 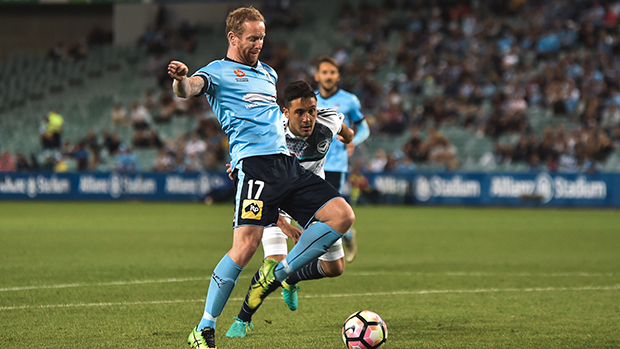