Over the last year, 20 such courses have been conducted around the world, with last month’s course delivered by Cross for the Technical Directors of China, Japan, Malaysia, Philippines, Vietnam, Guam, Indonesia, Vanuatu and Papua New Guinea.

Cross has been on FIFA’s list of global Technical Experts since 2007, and has conducted courses for FIFA all across Asia. 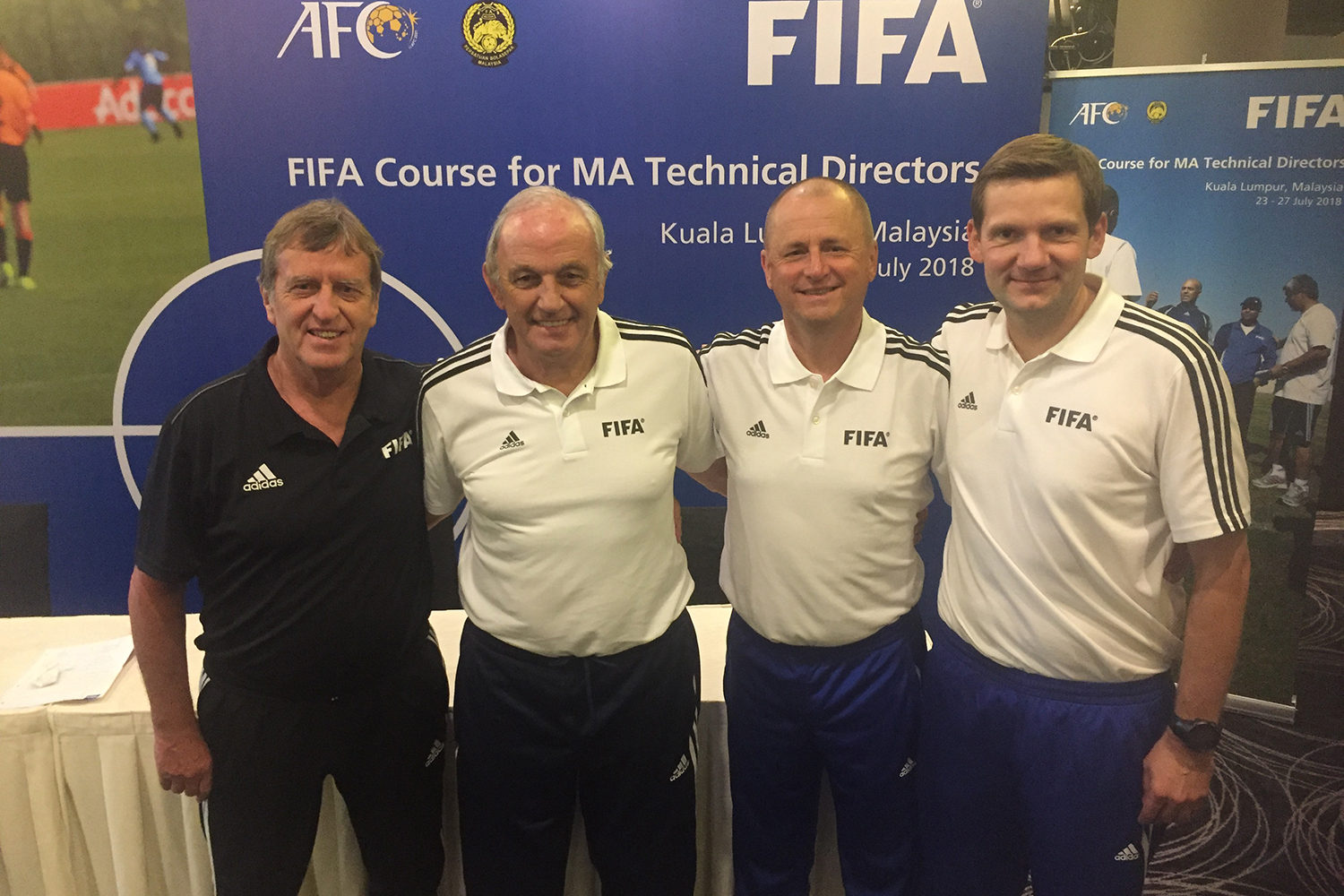 “There were four of us leading the workshop, and we shared the responsibilities,“ Cross said, reflecting on the course.

“Michel is credited with leading the transformation of football in Belgium, and Hansruedi was a driving force behind Switzerland’s recent resurgence.“

Cross was responsible for all the practical sessions, including training observation and analysis of a friendly U16 international between Malaysia and India. There were also presentations by the participating Technical Directors, which provided a fascinating insight into their different circumstances and issues.

“Some of the participants on this course were old friends of mine,” Cross said.

“Takeshi Ono from Japan FA was on the same international course as me in England in 1994, and we’ve collaborated many times since.

“Kwok Ka-Ming, now with China’s FA, was a colleague when I was Deputy Secretary of the AFC Technical Committee and Belinda Wilson, a former W-League coach with Brisbane Roar, is now TD of Guam.

“I also bumped into Peter de Roo and David Abela, who are now working for the Malaysian FA.” 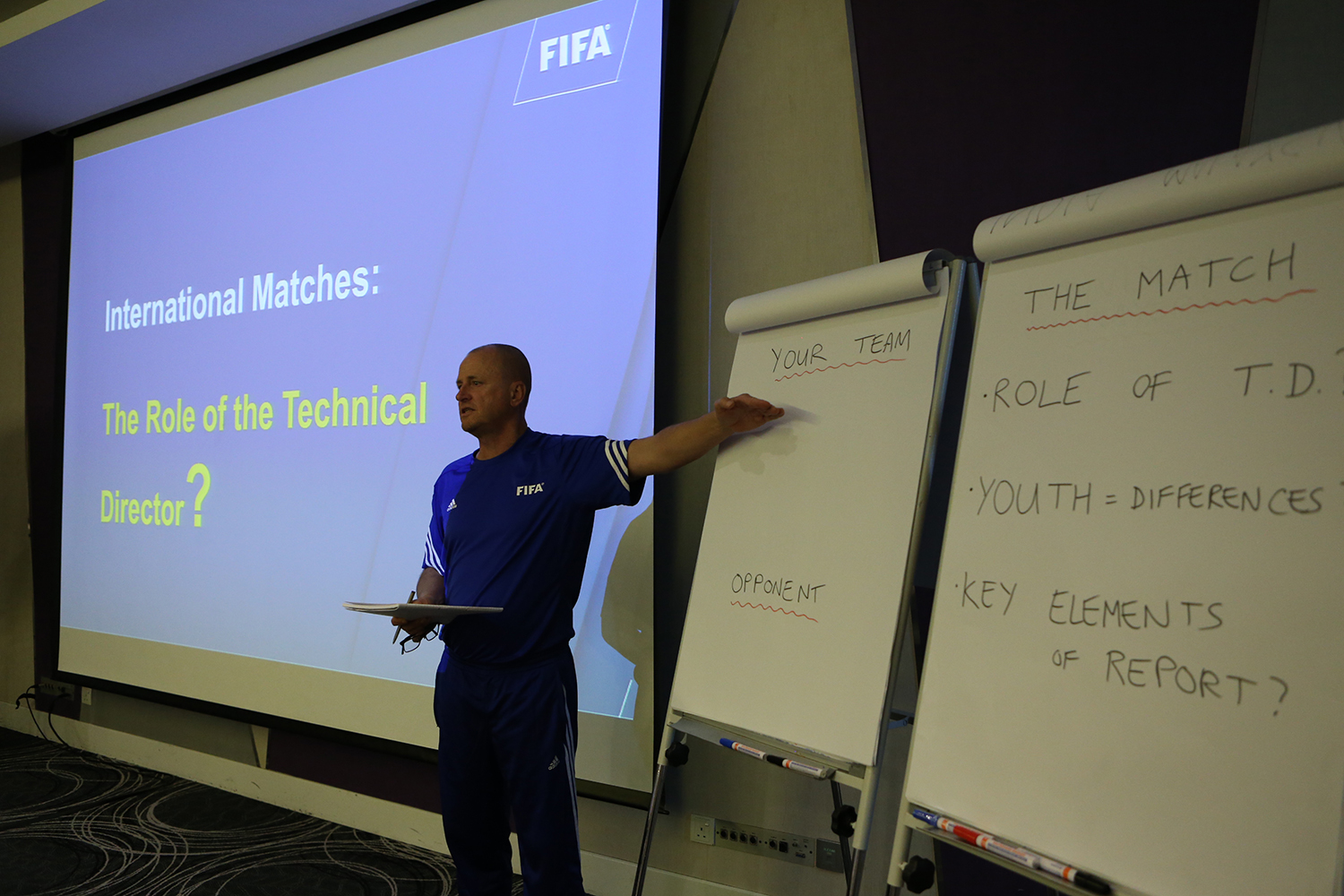 The course was largely structured around the FIFA Handbook for Technical Directors, with some of the following topics covered:

“It was great to work again in high-level football education, following on from delivering the FFA Pro Licence course before joining Sydney FC,” Cross said.