Sydney FC defender Michael Zullo has praised the atmosphere the Sky Blues’ faithful generate at Jubilee Stadium, saying it’s instilled a sense of confidence in the squad ahead of Saturday’s clash against Wellington Phoenix (kick of 5:35pm).

With another bumper crowd expected, Zullo said the qualities the stadium possesses make it perfect for families, as he called on the Sky Blues to make the most of their home ground advantage.

“The atmosphere at Jubilee was fantastic the other weekend,” Zullo said.

“Jubilee is a great alternative [to Allianz Stadium] and it’s got a brilliant atmosphere that made it very enjoyable to play there.

“It’s a compact little Stadium, when it’s full it provides a really good atmosphere and I think the fans enjoyed the change of scenery.

“The fact there’s a little hill there for the families to go and sit on and there’s different areas to experience, it’s a nice community stadium.

“We’re really confident of putting in a good performance there against Wellington.” 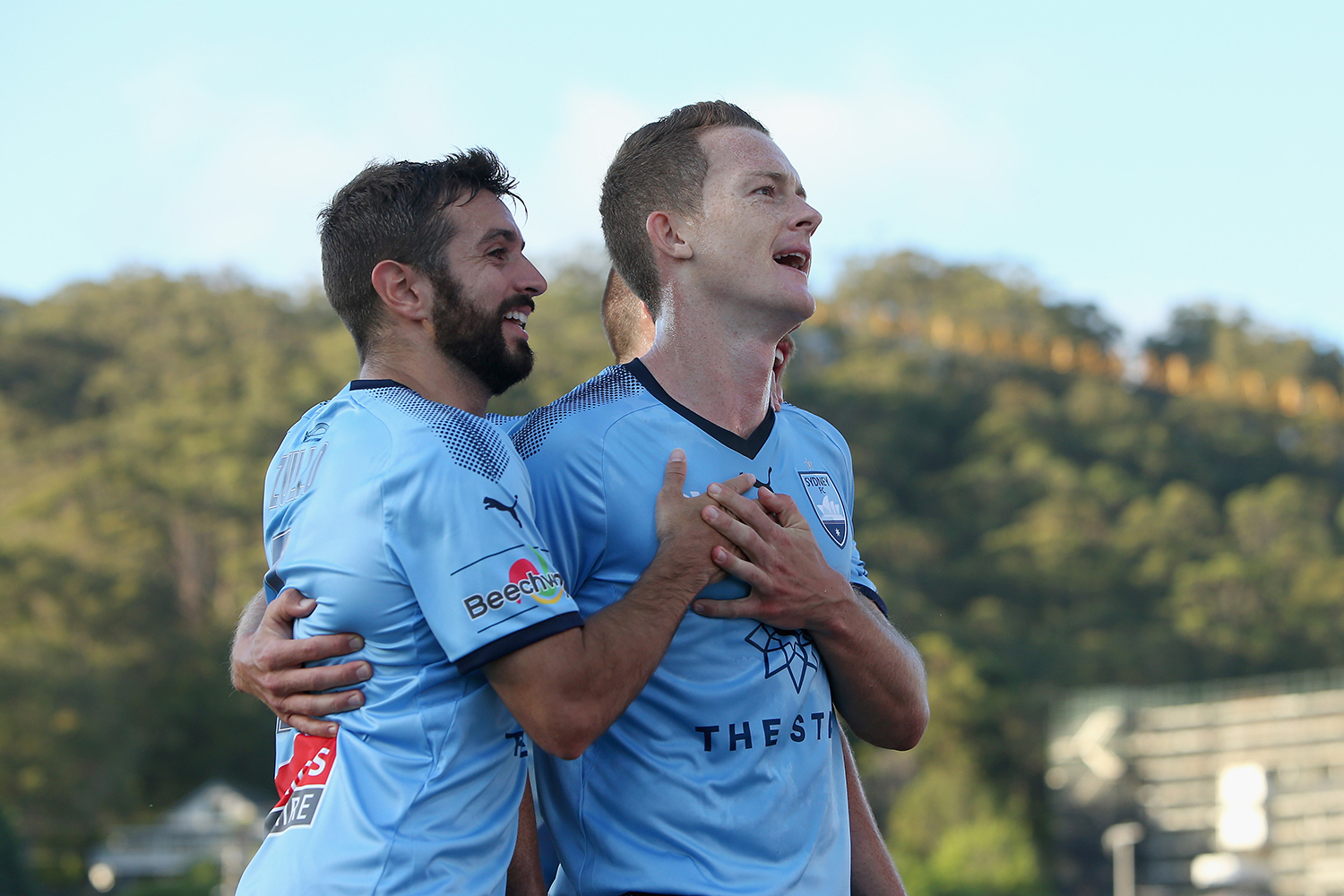 The New Zealanders pushed table toppers Perth all the way at the weekend and Zullo knows not to underestimate the Phoenix, coached by Sydney FC Hall of Famer Mark Rudan.

“I think Mark Rudan, as an ex-Sydney FC player, he’ll have the Wellington boys up for the game against us,” he said.

“Not only is it important for their season but it’d be an important message for them to send. We can’t make the mistake of underestimating them because they do have some dangerous players and every game in the A-League is a challenge.

“We’ve seen already defensively they can put in a performance, they’re a very physical side and Rudan has them very well drilled.

“For us it’s going to be important to make sure we have our defensive shape solid but we also have to improve in the final third and make sure we execute our game plan.”

The corresponding fixture last season saw Zullo notch his first Sydney FC goal, and the Sky Blues’ fullback is hopeful of adding to his tally in 2018/19.

“It was an nice milestone to get my first goal for Sydney FC [against Wellington last season], but I don’t get forward too often in terms of being a goal threat,” he said.

“I like to pride myself on providing as many assists as I can for my team mates. It’s always nice to get on the scoresheet and I’d love to do it again this season, hopefully a bit more regularly.

“I think we’ve done very well so far,” he continued.

“We have a lot of new players this season and it was always going to be challenging to continue our successes at the same level but we’ve done really well and managed to give a good account of ourselves.

“We’re still in a good position and we’re confident of performing really well for the rest of the season.”

Sydney FC face Wellington Phoenix in a family friendly afternoon out at Jubilee Stadium, Kogarah (kick off 5:35pm AEDT). With two tickets for $30* bring all your mates out and back your Sky Blues.