Sydney FC remain in good stead atop the W-League table despite going down 3-1 to the Newcastle Jets on Saturday night.

Sydney FC remain in good stead atop the W-League table despite going down 3-1 to the Newcastle Jets on Saturday night.

The Sky Blues created numerous chances on the night but were unable to capitalise as Jets goalkeeper Katelyn Rowland produced an array of saves to keep her side in the contest.

Despite the home side enjoying the bulk of both possession and sights on goal, it was Newcastle who struck the telling blow as Arin Gilliland bagged a second-half hat-trick.

Although a long-range rocket from Kyah Simon brought the home crowd to their feet deep into stoppage time, it proved mere consolation as the visitors hung on to claim all three points. 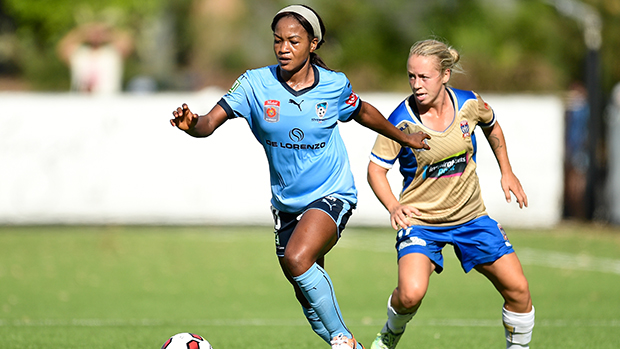 “I think today, we need to do some work in the attacking third. We overplayed at times and thought what we should or shouldn’t do. We’ll get back to basics and turn that possession and those chances into goals.

“We created plenty (of chances) but we were too shy to have a shot. Going into finals football it can only take one goal and we got to make sure that we are more ruthless.”

57’ GILLILAND GOAL – As play breaks down from the corner, Gilliland picks up the loose ball and fires one home from close range.

78’ GILLILAND GOAL – Gilliland slides the ball into an empty net after Khamis spills a low cross.

90+3’ SIMON GOAL – Simon’s long-range rifle flies past Rowland and into the back of the net. 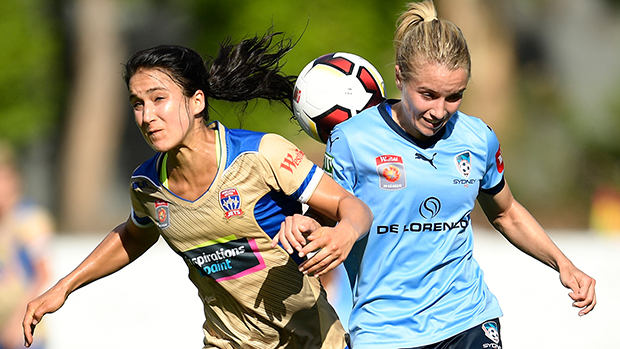 3‘ FOORD CHANCE – A long ball over the top falls at Foord’s feet but she drags her volley wide.

10‘ ORDEGA CHANCE – After some lovely build-up play between Foord and Bolger, Ordega fails to connect on Simon’s ensuing cross.

29’ FOORD CHANCE – Foord makes a marauding run down the left-hand side but fails to find a teammate on the cutback inside the box.

32’ FOORD CHANCE – Simon releases Foord through on goal but her touch is too heavy and the ball rolls harmlessly into the hands of Rowland.

34’ KENNEDY CHANCE – Kennedy rises highest to head a Polias corner but her effort curls just wide of the post.

41’ UZUNLAR CHANCE – Uzunlar tries her luck with an audacious effort from distance but the goalkeeper has little trouble with the save.

45’ UZUNLAR CHANCE – Uzunlar collects the ball in space and fires a long-range rocket that Rowland can only palm away for a corner.

54’ FOORD CHANCE – Foord forces Rowland into a save with a driven shot from the edge of the box.

73’ ORDEGA CHANCE – A brilliant run by Kennedy affords space for Ordega inside the box, but her shot swings wide. 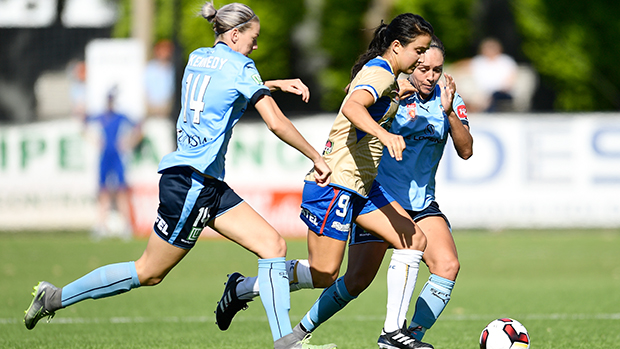 Head Coach Daniel Barrett made just one change to the side that drew with Melbourne City in Round 11, with Alanna Kennedy returning to the starting line-up in place of Remy Siemsen.