The Inspiration Behind Ledbrook’s Return

When Kylie Ledbrook walks out onto Allianz Stadium in Sunday’s Westfield W-League Grand Final, the first people she’ll look for in the stands will be her family.

Especially her children – three-year-old daughter Indi and her newborn son – who will be amongst a strong contingent of family and friends there to cheer her on.

After all, it was her young children which inspired the experienced midfielder to end a four-year hiatus from the game and return to action with the Sky Blues this season.

The 31-year-old Westfield Matilda retired from professional football in 2013 to start a family and to set up her career off the field.

As an area manager for fast food chain McDonald’s, Ledbrook is responsible for three restaurants in the Campbelltown region, overseeing “$15million worth of sales”.

But after returning to football in the NSW NPLW with Macarthur Rams – and performing superbly – Ledbrook decided to make a comeback, with her children very much at the forefront of the decision.

“My daughter is three years old now…and she used to come and watch me play for the Rams in the NPL,” Ledbrook explains.

“She enjoyed being out there, she was excited and I just thought Sydney FC, with the way the W-League is now, I’ll be able to be supported to do that and it would be good for my daughter to see me out there on the national stage and on TV.

“That’s what pushed me to get back there. They’ll [her family] be there watching and cheering me on and I’ll hope to do them proud.

“It’s been a huge year for me. A lot of things that have happened in my personal life and then to put football on top of that.

“But I’ve enjoyed playing this year and I think it’s reflected in my performances and I’ve been able to stay in the starting line-up for the last nine weeks.

“I’m pretty happy with my return and happy playing for Sydney FC again with the girls.” 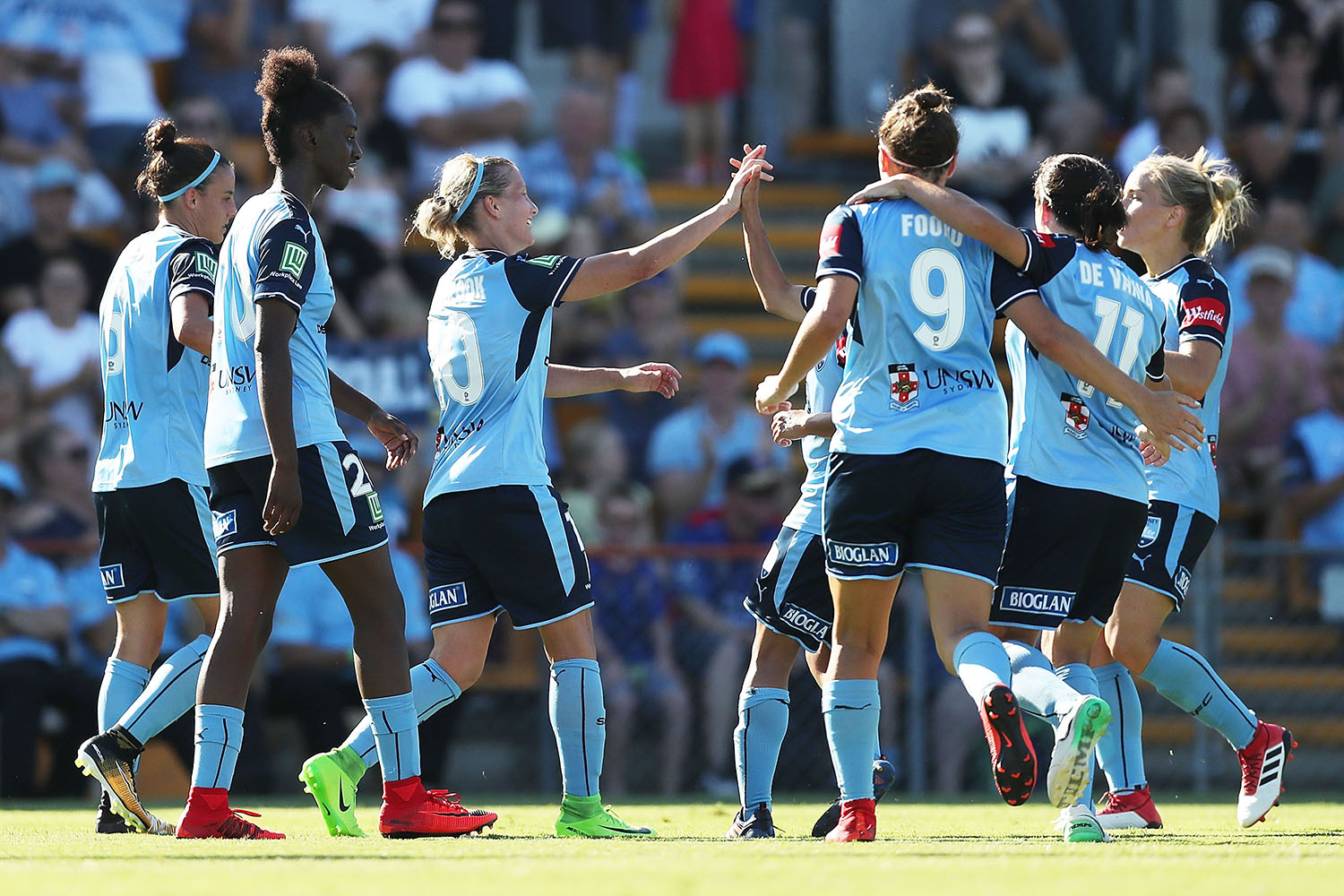 Ledbrook admits it hasn’t “been all roses” juggling work with a young family and football, but the sacrifice has all been worth it.

And her performances this season have been nothing short of phenomenal, playing a major role in Sydney FC’s turnaround from the bottom of the Westfield W-League to the grand final.

Ironically, the Sky Blues began their 10-game unbeaten run to the decider with a 3-2 win over City in Round 4.

While conceding finals football is different to the regular season stuff, she admits the win gives her side confidence heading into the big one.

“We’re not scared of them. We have to believe in our ability and I think if we continue to play the way we have been we should come away with the win,” Ledbrook said.

“We don’t want them to have a third [championship in a row].

“City have some great players in their team, they probably haven’t done as well as they should have when you look at the players on paper.

“I’m very excited for Sunday…a bit nervous but nothing beats finals games so it will be really exciting,” the 19-cap Westfield Matildas midfielder added. 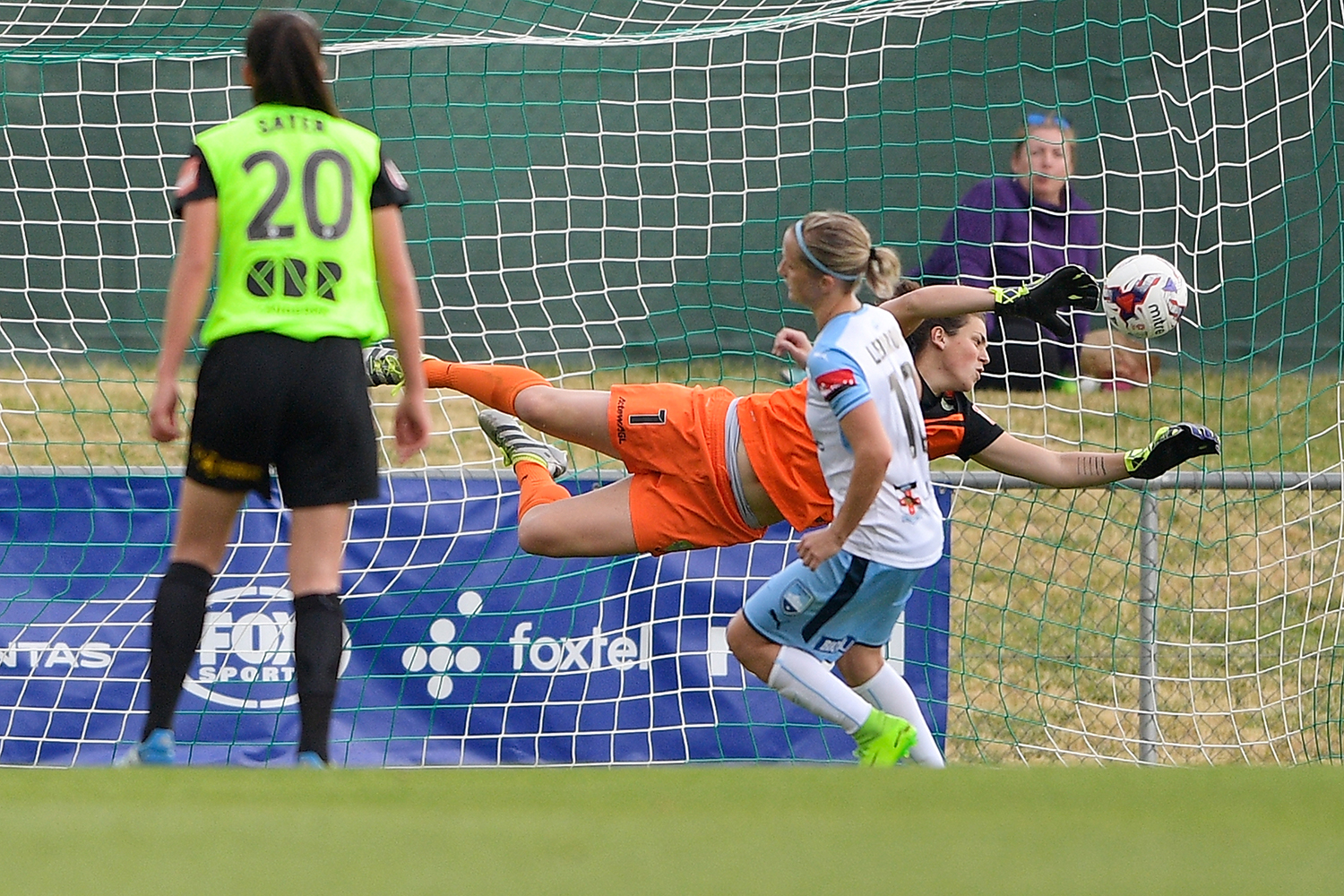 Ledbrook said the Sky Blues had added motivation to win on Sunday, with key contributors Caitlin Foord and Amy Harrison to miss the grand final due to injury.

And what about coming up against former Sydney – now Melbourne City – pair Kyah Simon and Alanna Kennedy?

“It makes us more motivated to win when we come up against players that played for the club before,” Ledbrook admitted.

“We definitely want to make sure they know they made the wrong decision going over to City when we hold up the trophy at the end of the game.”

Sydney FC take on Melbourne City in the 2018 Westfield W-League Grand Final on Sunday 18 February (kick off 5pm AEDT). Secure your seats now and be there to back your Sky Blues in the decider.