Despite having a squad decimated by long term injuries and unable to move in the transfer market until January, the Sky Blues had the better of the first half and were unlucky not to be ahead after creating a number of chances.

The visitors could also have been reduced to ten men on 35 minutes when Elrich brought down Janko who had a clear sight of goal but was only awarded a yellow card.

However Adelaide came more into the game in the second half and struck three without reply as Sydney FC went looking for the win.

The Sky Blues travel to Brisbane on Tuesday for an early chance of redemption. 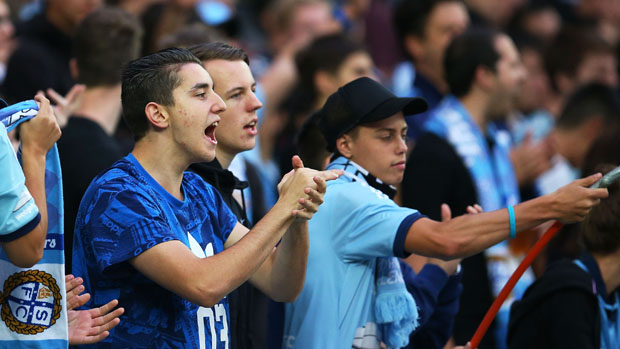 Graham Arnold: “I think for 60 minutes we were decent value and I think we had the better of the first half.  The confidence of the boys is a little bit rattled at the moment but we’ve got to man up and move on.

“You have to give Adelaide credit they played well.  We’ve done a lot of work off the field to create a culture at the club and now we have to move on with it on the field.  Obviously everyone knows we are down on bodies and down on players but you can’t use that as an excuse because that was the team that played so well against Melbourne Victory.  It’s no secret when you look at it the loss of Sasa Ognenovski is a big blow because of his defensive qualities and leadership.

“Someone told me two of the goals were offside but I haven’t seen them yet and I thought Janko was through one on one with the keeper and Tarek was the last defender but you have to ask the referee.

“It’s a really big challenge ahead for us.  A lot of those boys out there tonight, probably eight of them played less than ten games last season. We are analysing everything and we are trying to get the players to forget about the loss and move on.”

“We just have to stay positive and move forward.”

67’ DJITE GOAL – Marrone finds Carrusca behind the back four and takes it around Janjetovic to cross. Seb Ryall gets back to intercept but his clearance hits against Djite and rebounds into the back of the net.

80’ SANCHEZ GOAL – Sanchez finds Jeggo out wide on the right hand side and he crosses back to the striker who heads home beyond Janjetovic.

90’ MABIL GOAL – Jeggo plays the ball into Cirio behind the Sydney FC back four who crosses to the unmarked Mabil at the back post to slot home.

3’ IBINI CHANCE – Intricate dribbling from Terry Antonis to beat a couple of defenders and his pass finds Grant who slips in a first time ball to Ibini.  The striker tries to cross in a dangerous position but the ball is blocked.

12’ DJITE CHANCE – Boogaard finds Djite in acres of space with a chipped ball over the Sydney FC back four. The striker controls but shoots wide, dragging his shot across goal from a narrow angle.

23’ IBINI SHOT – Great build up play by Sydney FC from Antonis and Ibini with the latter finding Brosque on the left hand side.  The Sky Blues skipper turns back inside and finds the striker who shoots over from distance.

35’ JANKO FOULED WHEN CLEAR – Janko makes a break clear but is tripped by Elrich when clear on goal.  The referee gives a free kick to Sydney FC but only shows a yellow card to Elrich.  Petkovic hits the resultant free kick into the wall.

38’ JANKO SHOT SAVED – Brosque and Janko link up in the front third with Brosque slipping the ball through to Janko who shoots but Galekovic is out quickly to block and the rebound falls safe for Adelaide.

44’ BROSQUE JUST MISSES OUT – Gersbach gets into a fabulous position on the left hand side to cross to Brosque but Boogaard gets there a fraction before the Sydney FC skipper to block an almost certain goal.

47’ JANJETOVIC SAVES – A slip from Seb Ryall allows Djite to go clear on goal from a Goodwin pass but Sky Blues keeper Janjeotivc is in fine form to save as the striker shoots across him. Grant clears the parry from the keeper.

50’ SMELTZ GOES CLOSE – A great ball from Ibini down the left hand side to Brosque and the forward puts a left footed cross right across goal which Elrich gets a foot to just as Smeltz is about to finish.

77’ ANTONIS SHOT SAVED – Smeltz switches play out left to Antonis who hits a first time shot to the far corner which Galekovic pushes around the post.

80’ IBINI HEADER  – Antonis swings over a perfect cross from the left hand side and Ibini rises but under pressure from Elrich heads wide.

Sydney FC Head Coach Graham Arnold welcomed back captain Alex Brosque who was rested against Wellington Phoenix.  Pedj Bojic was the player to make way at right back with Rhyan Grant switching to the defensive berth and Brosque returning to the left wing. Ibini moved back to the right. Bojic moved to the bench alongside Necevski, ligor and Christopher Naumoff were brought onto the bench.

THE BIG GAME PACK – Sydney FC face some tough competition in a short space of time and we have bundled the games together for a great package, with savings of over 30% on single game ticket purchases.