I’m Here To Be A Champion – Wilkshire

Sydney FC new boy Luke Wilkshire says he’s here to be a Champion as he linked up with the Sky Blues on Monday ahead of his first ever Hyundai A-League season.

The 80 cap Socceroo said he was excited to be back in Australia playing for the first time in 19 years as he confirmed he’d knocked back other offers in Europe to join the reigning A-League Premiers and Champions under Head Coach Graham Arnold.

“I’m here to help Sydney FC go back to back as Champions and to have a good run in the Asian Champions League,” Wilkshire said.

“People thought I’d died or something in 2014 after the World Cup omission but I certainly didn’t, I’ve been plying my trade in Europe in the top leagues. I’ve still been doing my thing.

“I still enjoy my football which is why I’m still playing at my age, I feel good physically and mentally and I still have that drive and hunger to play and win.

“The challenge here is to be the first team in Australia to go back to back [Premierships], that’s the goal and that’s what we’re striving for.

“It’s different and it’s exciting to be back here. 19 years playing abroad, I’ve never played in the Australian League so it’s a challenge and exciting times,” he continued.

“After speaking to Arnie I’d say that the opportunity worked something up inside me. I had a few opportunities in Russia in the second division, financially it was more rewarding, but motivation wise and for myself and my family it wasn’t so appealing.

“After speaking to Arnie and this opportunity to go back to back, something no other team has done in Australia, Asian Champions League, it’s something that really brought it out of me and interested me.” 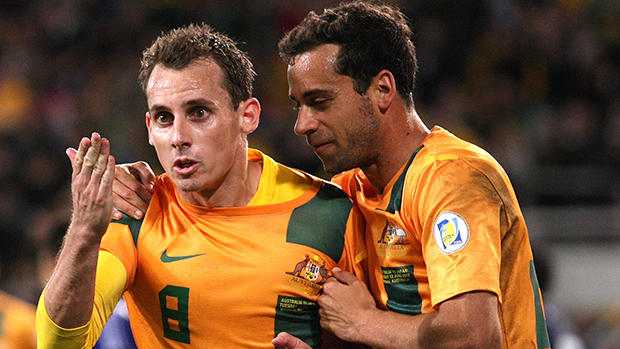 Having played with and against a number of Sky Blues in the past, Wilkshire said adapting to the team wouldn’t be an issue as he confirmed he’d already settled in city after moving from Russia with his wife and children.

“I know a few of the guys, whether I’ve played against or with them, and that makes adapting a lot easier,” he said.

“I’m looking forward to enjoying this year both on and off the field.

“My parents, grandparents, brothers and sisters and the rest are all ecstatic [for me to be back in Australia]. My wife is Russian, it’s her third time in Australia and she’s excited for it as well. Everyone is happy,” he continued.

“I’ve got my two young children here [in Sydney] with my wife. I went back and we packed up our house pretty quickly there [in Russia] and jumped back on the plane to here. I wanted to get here as quickly as possible and get started.

“We’ve settled pretty quickly, we’ve found a place to live that we’ll move into at the end of the week, so far it’s all going alright.”