Sydney FC Westfield W-League star Princess Ibini has won her first call up to a Westfield Matildas’ championship squad after being selected as one of 21 players who will head to the upcoming Tournament of Nations in the USA later this month.

Alen Stajcic has named a strong squad including all of the Westfield Matildas’ overseas based stars, as they prepare for games against world number one ranked USA, FIFA Women’s World Cup Finalists Japan and South American powerhouse Brazil.

At just 17-years old the forward is one of only two players born in this millennium and the only uncapped player in the squad.

Head Coach Stajcic included Ibini after she impressed while playing for the Westfield Young Matildas in recent matches against Canada and the USA in Canberra.

“We’ve always known she’s got a lot of potential but she really stepped up in the games against Canada and America last week, so it’s a great sign that she’s been able to progress to senior international football,” said Stajcic of Ibini. 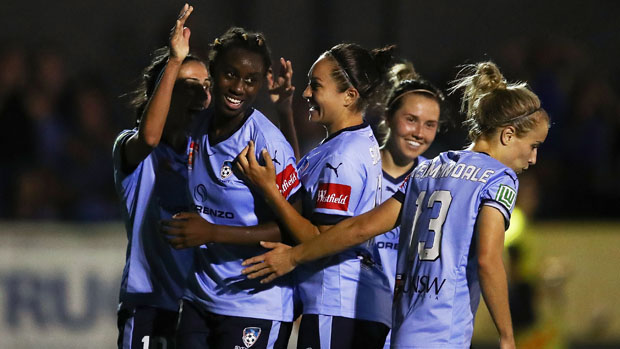 The Westfield Matildas are yet to beat the USA in 26 attempts and have healthy rivalries and history with their other two opponents in the tournament, Japan and Brazil.

With all four nations sitting inside the top eight on the FIFA Women’s world rankings, Stajcic is excited by what lies ahead.

“Being in the preparation phase for next year’s AFC Women’s Asian Cup, these are exactly the kind of matches we want and the opposition we want to test ourselves against,” said Stajcic.

“It gives us a chance to look at things we are doing well and things we need to improve on to become a dominant force at the 2018 Women’s Asian Cup and the Women’s World Cup in 2019.”

The Australian based players in the squad will depart for the USA on 21 July.

The Westfield Matildas’ first match of the Tournament of Nations is a blockbuster against hosts USA in Seattle (kick-off 12.00pm AEST Friday 28 July 2017).