In a tight and hard-fought contest, the Sky Blues demonstrated strength and creativity against a stubborn Roar side, with Princess Ibini’s strike 10 minutes into the second-half proving the difference on a night of limited chances.

New signing Francisca Ordega looked lively in her debut off the bench and showcased both pace and trickery in the final third that had the home crowd entranced.

The win ensures Sydney FC will remain in the top four following the conclusion of Round 8 ahead of next week’s #SydneyDerby against the Western Sydney Wanderers at Popondetta Park (kick off 7pm). 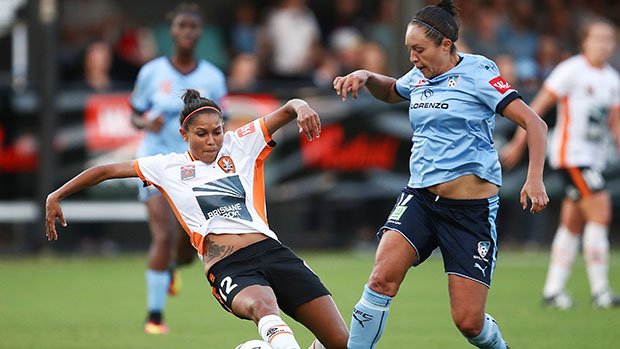 Head Coach Dan Barrett: “It was a big win and a very important game coming into the cluster of fixtures that are upon us. It keeps us in a good position, it’s where we want to be which is at the top of the table. Playing Brisbane is always tough, it was a typical Sydney Brisbane game so I’m very happy to get the win. I was extremely pleased with Princess’ performance, she’s been awaiting her opportunity and today she played well to go with the goal. You can see the class in Francisca’s first appearance, lots of touches and dangerous one on one, she needs a little bit more training to understand our structures but you can already see her class.” 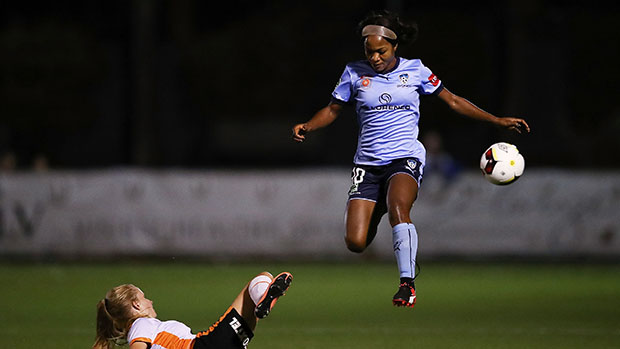 54’ IBINI GOAL – Mackenzie Arnold fails to deal with Yeoman-Dale’s dangerous cut-back and an unmarked Ibini is on hand to guide the loose ball into the back of the net.

3’ POLIAS CHANCE – Following a Sydney corner, Teresa Polias unleashes a powerful volley on goal that Arnold can only palm away for a corner.

22’ SYDNEY PENALTY SHOUT – Leena Khamis goes down in the box under some contact from two Roar defenders, but the referee waves it away.

31’ KHAMIS CHANCE – Yeoman-Dale swings a devilish cross into the box that Khamis steers agonisingly wide at the near post.

32’ KHAMIS SAVE – Emily Gielnik collects the ball inside the box and her ensuing effort is saved by an advancing Shamiran Khamis, before Elizabeth Ralston blocks the second attempt and clears the ball away.

43’ YEOMAN-DALE CHANCE – Ibini lifts a ball to the back post and into the path of an unmarked Yeoman-Dale, however her header is cleared off the line.

58’ ORDEGA DEBUT – Nigeria international and new Sydney FC signing Francisca Ordega makes her debut off the bench. The 23 year-old is the first African player to ever feature in a W-League fixture.

90+4’ SIEMSEN CHANCE – Ordega’s cut-back across goal is kicked out of play by a Roar defender and just out of Siemsen’s reach at the back post.

Head Coach Daniel Barrett made just one change to the side that lost to Perth in Round 6, with Princess Ibini-Isei starting in place of Remy Siemsen.