The Sydney Derby has become a huge fixture on the Hyundai A-League calendar and in 2016/17 it’s set for a new and huge venue to accommodate the tens of thousands of fans who lap up the theatre of derby day in Sydney.

With Western Sydney Wanderers’ spiritual home ground of Pirtek Stadium (AKA “Wanderland”) undergoing a rebuild, two of three clashes between the Harbour City rivals will be played at 80,000-seater capacity ANZ Stadium.

And that begins in Round 1 with the Wanderers hosting Sydney FC at ANZ on October 8.  Huge is not the word for this.

The last five Sydney Derbies have sold out days in advance meaning there is every chance this fixture could smash the attendance record for a single A-League match.

The previous attendance record stands at 55,436 people for the 2007 grand final between Melbourne Victory and Adelaide United.

But given the fan base of both clubs and rivalry that has developed over just four seasons, that figure is set to be smashed next season. 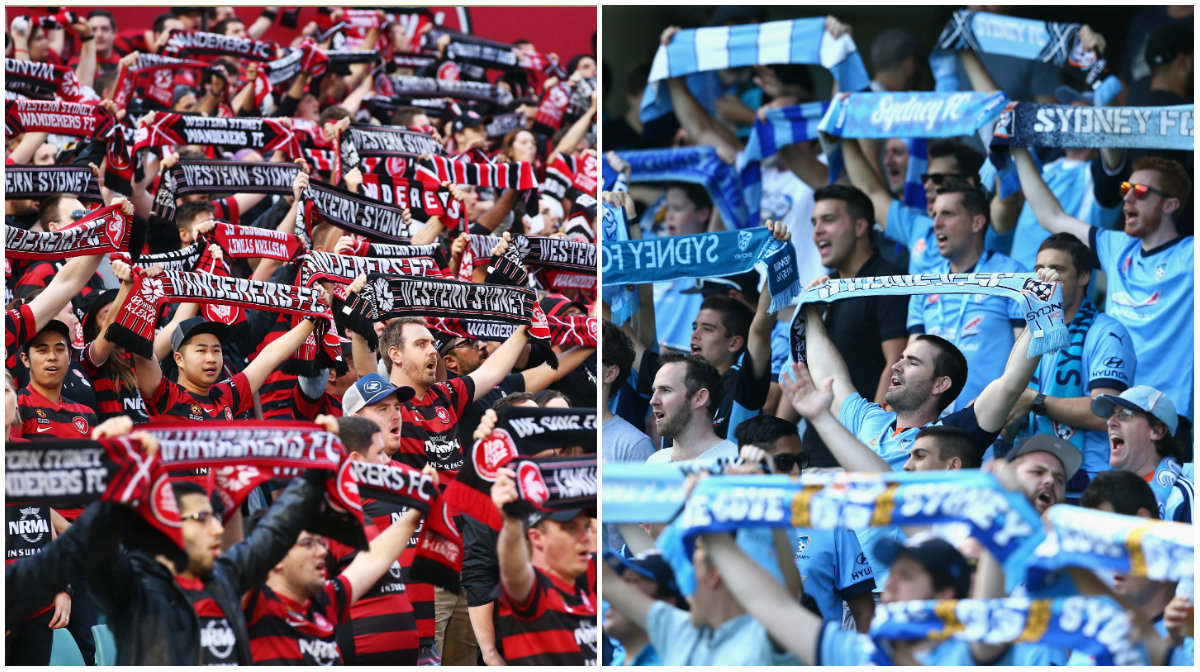 The Sydney derbies are always a must-see event, with a cacophony of noise and colour, with a possible full house at Homebush sure to create an atmosphere that will be simply unforgettable.

The next two Sydney derbies come in the New Year in the space of just six weeks.

First the Sky Blues host at Allianz Stadium in Round 15 on January 14, before it’s back to ANZ on February 18 (Round 20).

The Wanderers will hope a change of venue brings about a change of luck in the fixture, with the Sky Blues unbeaten in the last seven derbies.

Despite missing the finals – and even though the Wanderers went all the way to the Grand Fiinal – Graham Arnold’s side won two of the three clashes last season.

Sydney FC won the first derby of last season 1-0 in front of more than 40,000 fans at Allianz Stadium thanks to Milos Ninkovic’s late strike, while Shane Smeltz’s wicked volley gave them a 2-1 win at Pirtek in January.